Kareena Kapoor can easily give seasoned fashionistas a run for their money with her sartorial choices.

The queen of casual style, the actor is one of Bollywood's hottest fashion icons.

Upping her fashion game on the cover of Vogue India's June 2019, Kareena shares the frame with the 'new forces in fashion' including Diljit Dosanjh, Karan Johar and Natasha Poonawalla.

Sporting out-of-the-box styles, they paint a stylish pic on the cover, which has been styled by Anaita Shroff Adajania.

Karan Johar unveiled the cover on Instagram and wrote: 'Come on @vogueindia!!! The fun of playing the fashion game with the forces of fashion.'

When quizzed about that one friend whose wardrobe she would like to raid, Kareena told the mag, 'I think everyone wants to raid mine.'

As for Diljit, he revealed that he doesn't believe in sourcing clothes. 'I like exclusive pieces that no one else has.'

The singer admitted that he doesn't have a stylist because 'same mental level wala mila nahi (haven't found someone with the same wavelength).'

Scroll down to take a look at the pics from the mag's photo shoot. Fierce and flirty! Kriti will make you blush 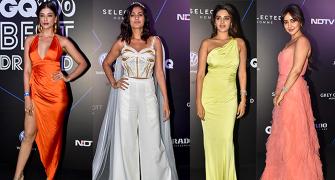 Inside the GQ Best Dressed party 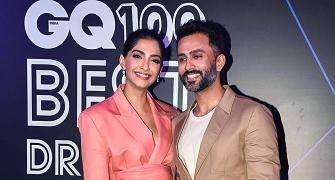 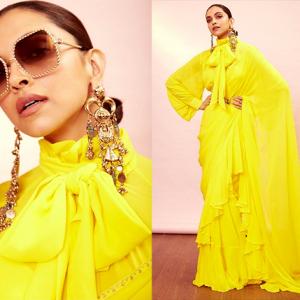