News
Business
Movies
Sports
Cricket
Get Ahead
Money Tips
Shopping
Sign in  |  Create a Rediffmail account
Rediff.com  » Getahead » The best presenter at Oscars 2018 was not a human. It was BB-8!

Someone even floated the idea that the Star Wars droid be chosen as the host of Oscars 2019. 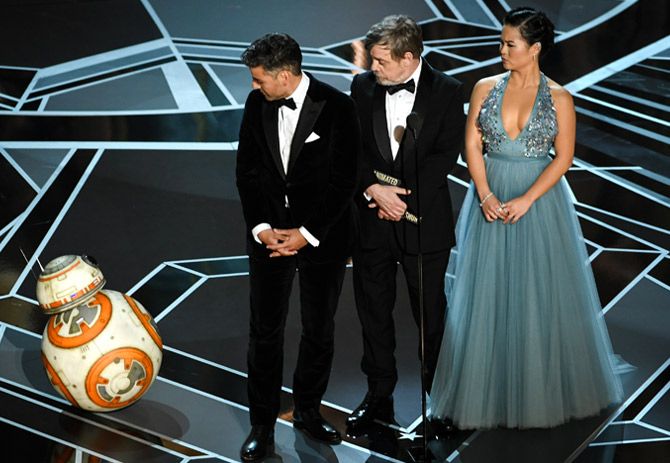 The verdict is in.

Among all the fantastic speeches and glittering clothes at the 90th Academy Awards, it was the surprise appearance of Star Wars' BB-8 as a presenter that stole the show. Well at least for the geeks and keepers of cool.

Metro remarked on how 'BB-8 reminded the three that they had to stay on stage to present a second award. Thank God someone turned up to rehearsals.'

Mashable said 'the Oscar for Best Presenter goes to... the quiet but memorable BB8... BB8 took the stage alongside his Star Wars cast mates where he stole the show with his signature bleeps and bloops.'

While @Kileyggg felt it was the 'best Oscar moment in history', @Amirosie just wanted to be 'in this wolfpack of besties.'

This wasn't BB-8's first appearance at the Oscars.

He had also come on stage in 2016, after his 2015 debut in Star Wars: The Force Awakens. But after this year's appearance, fans have decided we are clearly not getting enough of the droid cutie. 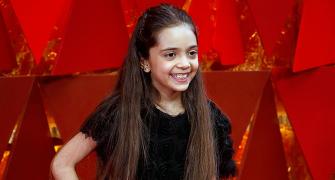 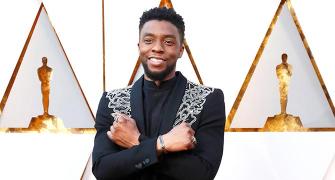 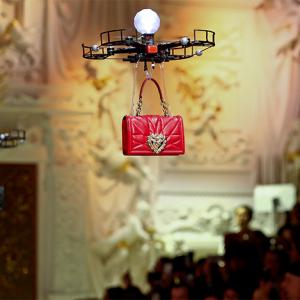 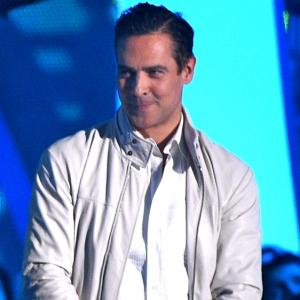