Samsung has introduced two Galaxy Note 10 phones -- a powerful version called the Note 10+ and its smaller, lite sibling, the Note 10.
Ashish Narsale/Rediff.com has the details. 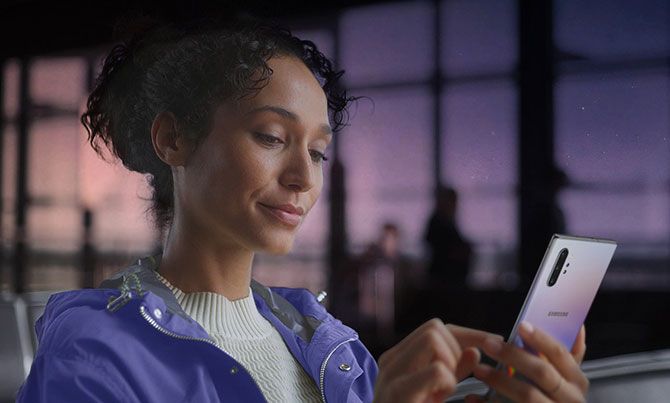 This time, Samsung has introduced two Galaxy Note 10 phones -- a powerful version called the Note 10+ and its smaller, lite sibling, the Note 10.

The pivotal S-Pen gets an upgrade too.

The addition of gyro and Bluetooth enables a motion tracking system to control the phone’s camera and applications without touching it, making you feel like an orchestra conductor :).

Both the Note 10+ and Note 10 have almost similar specs, but the latter has a few features missing to accommodate its size and price. 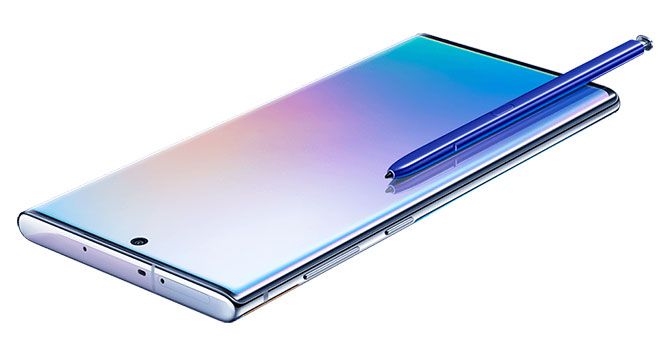 The Note 10+ has a curved boxy look, but the Dynamic AMOLED and almost bezel-less Infinity-O display make it exciting.

A single camera is placed at the top centre of the phone, with a hole cutout in the display.

The ultrasonic fingerprint is placed at the bottom, under the display.

The back is -- in signature Samsung design -- made of curved glass.

The metal chassis permeates through the front and back glass.

The dedicated Bixby button is missing; to trigger Bixby, you have to keep the power button pressed.

The Note 10 series for the US and China are powered by Qualcomm's Snapdragon 855; and by Samsung's Exynos 9825 SoC for rest of the world.

The Note 10+ supports memory card expansion up to 1TB.

The Note 10+ has five cameras.

In front, there is a 10MP, f/2.2 aperture selfie camera, which supports Dual Pixel Auto Focus. Its Field Of View is limited to 80 degrees, so you might miss the wide angle lens for the group selfie.

The rear has the remaining four cameras.

The third camera has a 12MP telephoto lens with PDAF, OIS and an aperture of f/2.1.

The fourth is a depth sensing VGA camera.

These cameras now support video bokeh effect, over and above the usual portrait bokeh effect for photos. 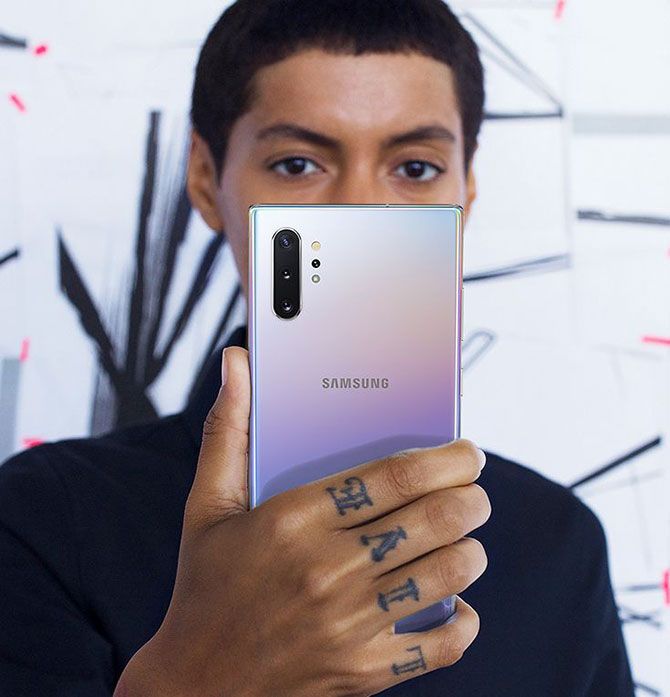 Samsung retains the stereo speakers, which are capable of surround sound supported by Dolby Atmos technology.

The phone has a 4300 mAh embedded battery, which can be fast-charged with 45 W wired charger (to be bought separately).

The company claims a 30 minute charge can give you a whole day of battery life.

The phones runs on Google's Android 9.0 Pie, overlaid with Samsung's One UI.

Samsung has expanded the phones' camera capability with the help of Augmented Reality and Artificial Intelligence.

This enhancement allows you to measure real world objects or 3D scan a object and convert it to a animated GIF.

What is missing in the Samsung Galaxy Note 10?

It's sad that the Note 10 does not support a memory card and is only available in the 8GB RAM + 256 ROM.

The depth sensing camera is skipped.

Even the battery capacity is reduced to 3500 mAh.

The Samsung Galaxy Note 10 duo pack in all the superb features that are the USP of the Note series.

But the Note 10+ seems a better buy than the stripped Note 10, especially since the price difference is only Rs 10,000. 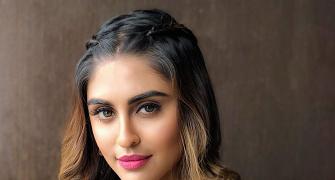 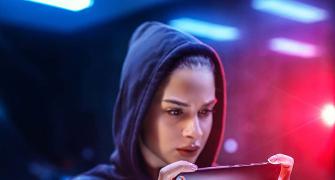 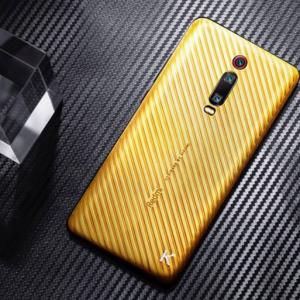 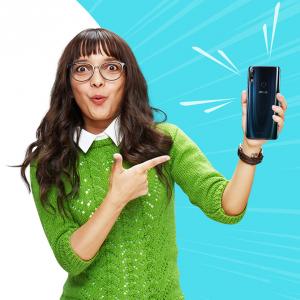