And here are the specifications and the price.

Let's find out more about the phones. From the front, they look similar to the previous generation of the iPhone's X series. They also have a full screen display; a notch cradles the selfie camera and Face ID sensors.

The front and back of the phones are protected by a toughened glass layer.

All three models are built to resist water spills and splashes.

Here are the size details.

A comparison of the cameras offered by the three phones:

The rear and front cameras supports 4K video up to 60 fps.

The Filmic Pro app, which will be available for download later this year on the app store, will allow the iPhone Pro and Pro Max users to shoot videos simultaneously through all the cameras.

And, finally, users will be able to compile a video by selecting the desired videos shot with different cameras.

Apple has added new features to the camera.

The iPhone's signature portrait lighting gets a new effect, High‑Key Mono, along with the Natural, Studio, Contour, Stage and Stage Mono.

The QuickTake feature lets you shoot video while taking a photo by just keeping the shutter button pressed without changing the mode.

Swiping left will take you to the burst photo mode and swiping right will allow you to continue shooting the video.

Deep Fusion, a new image processing system made possible through the neural engine of its new A13 Bionic SoC, optimises the texture, details and noise in the photo by processing it pixel by pixel with the help of machine learning.

The system then fuses the nine images using machine learning to produce one detailed image.

This feature will be available through an Over-The-Air update in the near future. The phones have built-in stereo speakers powered by Dolby Atmos and spatial audio for the surround sound experience.

A future update will allow audio sharing with two Apple AirPods and a Beats headphones.

The battery can be fast-charged using an 18W charger.

It can charge 50 per cent of the battery in 30 minutes.

The phones are powered by Apple's new, home baked A13 Bionic SoC.

Here are some more features which differentiate the three iPhones. 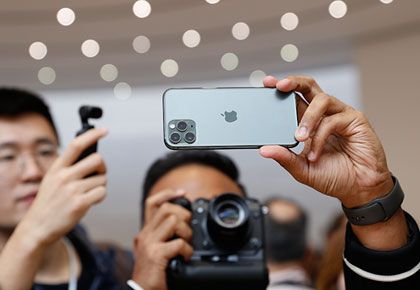 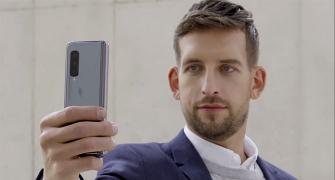 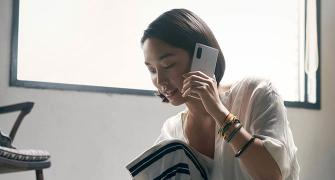 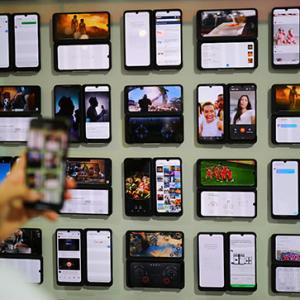