How to deal with lazy coworkers

Instead of wasting your energy being irritable at the person who isn't doing his/her work, use the opportunity to become a better leader.
Illustration by Uttam Ghosh/Rediff.com 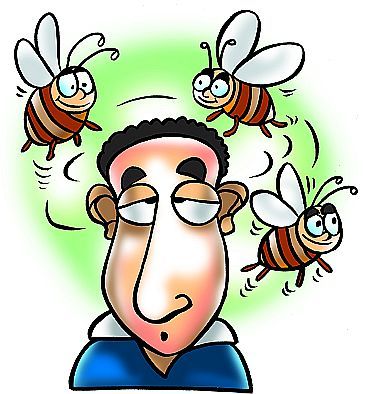 If you were ever a part of a disastrous group assignment in college, then you probably prefer to work alone today.

The pain of attempting to coordinate between five or six disinterested, non-enthusiastic classmates to collectively build the project, only to end up doing all the work yourself and distributing your due credit among the backseat loungers can be infuriating to say the least.

But the pain of working in a team of lazy work-cutters doesn't stop in the classroom. You'll find them a few cubicles down the hall too.

Taking on the load of another's work is never fun. However, if you are blessed (and cursed) with the characteristic of perfectionism, then chances are that you'll naturally find yourself completing tasks that were designated to the person beside you.

And while that particular person takes a two-hour lunch break, sits on Facebook throughout the day, and leaves work an hour early every day, you'll be pooling in extra time on finishing off tasks for which you probably won't even receive any credit.

However, instead of losing your cool, remember that even the laziest human being can be removed from their station by necessary means. To this end, here are a few ways by which you can shake your lazy co-worker into responsible action:

Ego clashes at the workspace are no mystery to those who have spent enough years trying to make something of themselves.

You could be working under a misogynistic boss or alongside a pompous 'takes all the credit' co-worker.

While it is important to raise your voice and question the concerned individual when the situation calls for it, confrontation isn't the best way forward.

Don't go attacking their work ethic and professional ability at the first go, because it could lead to a full-fledged fight that would naturally involve the rest of your office.

Instead, you should try speaking familiarly to the co-worker in person without making them feel judged or under attack. Tell them that you too are pressured by your work load but are talking yourself through it.

Proceed to ask them about how they're coping with the pressure and what can be done about it. For instance, "Hey Nigel, if you don't mind me asking, is there anything bothering you? It's just that you've seemed really out of it lately and not as active at work as you usually are. If so, why don't you talk to me about it?"

If you can see them slacking-off, then subtly put them under a spotlight where their egos will help snap them out of their reveries.

Ask them questions about the work they are supposed to be doing, things like "So Manvi, what's the status of the Birla report? Can we expect to set up a meeting with them anytime soon?" or

"What were the numbers the client had quoted on the last meet? Why don't you ring them up and re-confirm?"

The sheer and nascent need to showcase that they know their work will, in most cases, shake these lazy slackers out of their stupor and into quick action.

Don't rat them out

Nobody respects a tattle-tale.

As infinitely frustrating as it may be to work productively alongside a lazy co-worker, it doesn't give you the leeway to go rat them out to your boss or HR manager, except for very specific cases.

If they aren't delivering up to the mark, their mishaps will be noticed and acted upon by the authorities themselves.

There is no need to add your name to the mess. Keep your head above the water and make sure that their complacency doesn't rub off on you.

Use the opportunity to your advantage

Finally, instead of wasting your energy being irritable at the person who isn't doing his/her work, use the opportunity to become a better leader.

Just like college, if you have been placed in a team where the other members do not wish to contribute in the least, take this occasion to dedicate all your time and energy into ensuring that the project is an unchallenged success.

Hard work does indeed always pay off.  In most cases, your leadership and work ethic will inspire the others in the team to get involved and work hard towards the same goal.

At the end of the day, you aren't obliged to babysit a person who isn't working up to the mark.

As long as you are being recognised for the hard work you are putting in everyday, you're on the right track.

Aim to inspire, not necessarily resolve. 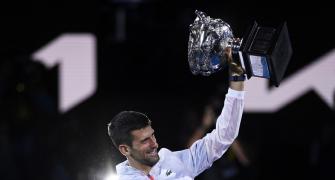