Did you know that beer was created by women almost 7000 years ago?

In fact, many inventions, most of which have made our modern lives simpler have been conceptualised and patented by women.

Imagine inventing something that could change the way the world functions and not having the money or power to patent it. This was the ordeal most women inventors faced back then.

By 1910, the number of women patents were still only 8,596, just 0.8 percent of the total patents issued in the United States.

But all the troubles and challenges could not stop them from fighting all odds and changing the lives of generations to come.

Here are 10 inventions by women we cannot imagine life without: Inventor and entrepreneur Sarah E Goode was born into slavery in 1850.

She was also the first African-American woman to be granted a patent by the US Patent and Trademark Office, for her invention of a folding cabinet bed in 1885.

Sarah moved to Chicago at the end of civil war to eventually become an entrepreneur and owned a furniture along with her husband Archibald.

Her customers were mostly working-class and lived in cramped apartments and didn't have much space for furniture, including beds.

In order to solve that problem, Goode invented a cabinet bed, which she described as a "folding bed".

When the bed was not being used, it could also serve as a roll-top desk, complete with compartments for stationery and other writing supplies.

Margaret A Wilcox invented the car heater in 1893.

The car heater directed air from over the engine to warm the chilly toes of noble's in 19th-century motorists. This great inventor also invented a combined clothes and dish washer. Elizabeth Magie invented The Landlord's Game in 1904, a leftwing teaching tool that came to be known by millions as the board game Monopoly.

Her game was a critique of the injustices of unchecked capitalism. However, Elizabeth reportedly received a mere $500 for her creation, no royalties, and, until recently, little credit.

Her game was completely ripped off by Charles Darrow 30 years later, who sold it to Parker Brothers. Maria Beasley of Philadelphia wanted a better life raft, one that was "fire-proof, compact, safe, and readily-launched" when needed. According to the patent, she invented a new design in 1880.

Her life raft had guard railings and rectangular metal floats, which differentiated them from typical rafts with hollow tube floats and zero safety railings.

By changing the style of the floats, Maria's raft folded and unfolded more easily for use and storage, even with the added guard rails.

Beasley of Philadelphia was one of the rare women who made fortunes from their inventions in the late 1800's.

Her barrel-hooping machine, an automated process to manufacture wooden barrels used for food preservation and wine-making, earned nearly $20,000 a year in a time when most women, if allowed to work at all, made less than $3 a day.

Maria is considered one of the most successful female inventors of all time. She won at least 15 patents between 1878 and 1898.

The first steel exterior staircase, a predecessor of the modern fire escape, was patented by an American inventor named Anna Connelly.

At a time before women were allowed to vote or even work outside the home, Anna Connelly was one of the first women to submit an idea to the patent office.

The cost-effective design was a revolutionary way to make buildings safer by adding an exterior staircase with platforms between levels that prevented people from falling several stories down a flight of stairs in the panic of an emergency.

Anna is directly responsible for saving the lives of thousands of people for nearly 150 years. 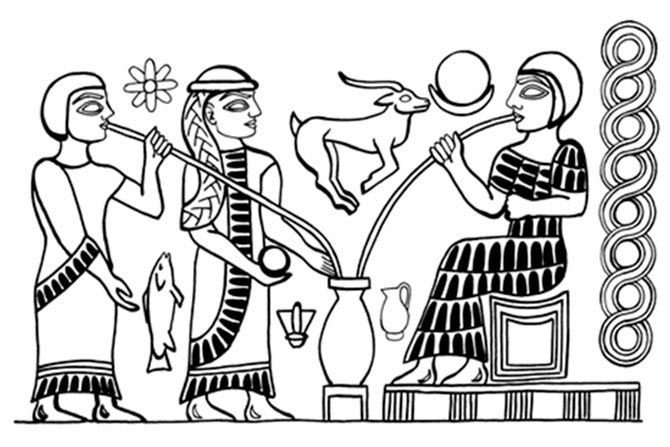 Nearly 7,000 years ago in Mesopotamia and Sumeria, it was women who created beer. And for thousands of years it was only they who were allowed to operate breweries and drink beer.

They were the only ones allowed to brew the drink or run any taverns because of their exceptional skills. Beer was also considered to be a gift from a goddess, never a male God in most ancient societies.

An author by name Jane Peyton who conducted extensive research into the origins of beer for a new book reports that a woman's touch was found on beer throughout the ages.

Between the eighth and tenth centuries AD the Vikings spread terror by rampaging through Europe, fuelled by women-made ale. Women were the exclusive brewers in Norse society and all equipment by law remained their property.

Ancient Finland also credits the creation of beer to the women, with three women, a bear's saliva and wild honey the apparent first ingredients.

The English ale was traditionally made at home by women. They were known as brewsters or ale-wives and the sale of the drink also provided a valuable income for many households.

By the start of the late 18th century and the Industrial Revolution, new methods of making beer led to the decline of women's contribution and subsequently forgotten. Marie Van Brittan Brown invented the first CCTV security system. She noticed that law enforcement officers always took a while to respond to calls, and hence she decided to find a way to secure homes more effectively.

She used cameras and a TV to help solve the problem. In the mid-1960's, when Marie invented the CCTV security system, television sets in homes were a luxury and the possibilities for their use had only just begun.

While early TV stations had filled their schedules with professional wrestling, Marie created a feed of her own with her husband that monitored the entrance to her home.

They could now see who came into the house without having to be physically present in the front room. They also built a special mechanism for the door that allowed them to open it remotely.

After realising that her idea for the first CCTV system worked, Marie patented it, and soon the idea spread and continues to expand into new industries and applications each day. 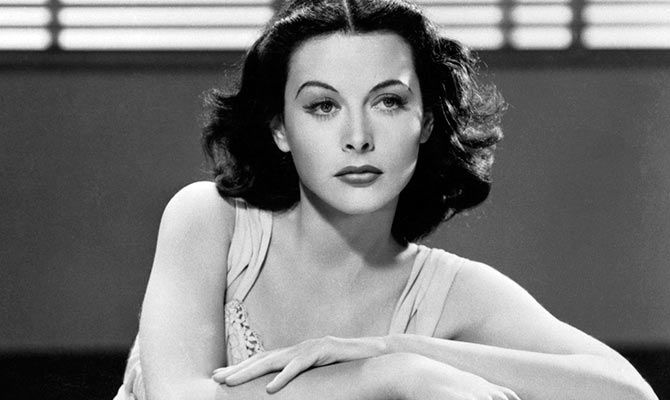 Hedy Lamarr (pictured above), an Austrian and American film actress, along with composer George Antheil invented the wireless transmissions technology.

Her invention of secret communications system during World War II for radio-controlled torpedoes, employing "frequency hopping" technology. The US Navy did not adopt this technology until the 1960s, the principles of their work are the technological backbone for the modern Wi-Fi, GPS, CDMA and Bluetooth technology.

Both Hedy and George were also inducted into the National Inventors Hall of Fame in 2014 for their work. 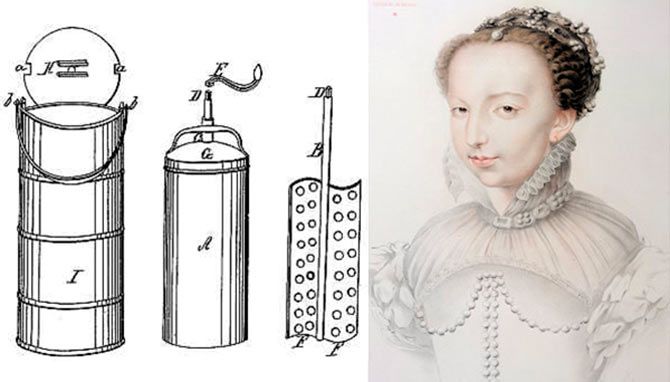 Nancy Johnson, a housewife from England, invented the small-scale hand-cranked ice cream maker in 1843. She received the first patent for the machine on September 9, 1843, in Philadelphia.

However, she did not have enough finances to produce her invention, so she later sold her rights to the patent to William Young, a kitchen wholesaler, for $200, who began producing and selling the churn publicly. Letitia Geer of New York invented the medical syringe in 1899. She was granted a patent for "in a hand-syringe".

The combination of a cylinder, a piston and an operating-rod which is bent upon itself to form a smooth and rigid arm terminating in a handle, which, in extreme positions, is located within reach of the fingers of the hand which holds the cylinder, thus permitting one hand to hold and operate the syringe.

So every time you are navigating through tricky bylanes in a faraway land, enjoying a glass of cool refreshing beer or feeling safe with the CCTV cameras around, don't forget to acknowledge the efforts of these great women inventors!