News
Business
Movies
Sports
Cricket
Get Ahead
Money Tips
Shopping
Sign in  |  Create a Rediffmail account
Rediff.com  » Getahead » 'I wanted to go to the best school in the country'

Purnia-based Aquibur Rahman did not go to school until he was 10 years old.

But his biggest break came when Anand Kumar who runs Super30, a free IIT coaching centre for meritorious, economically-backward in Bihar, took him under his wings.

In our series on Super30 achievers, we find out how Aquibur has fared since he cleared his IIT-Joint Entrance Exam. 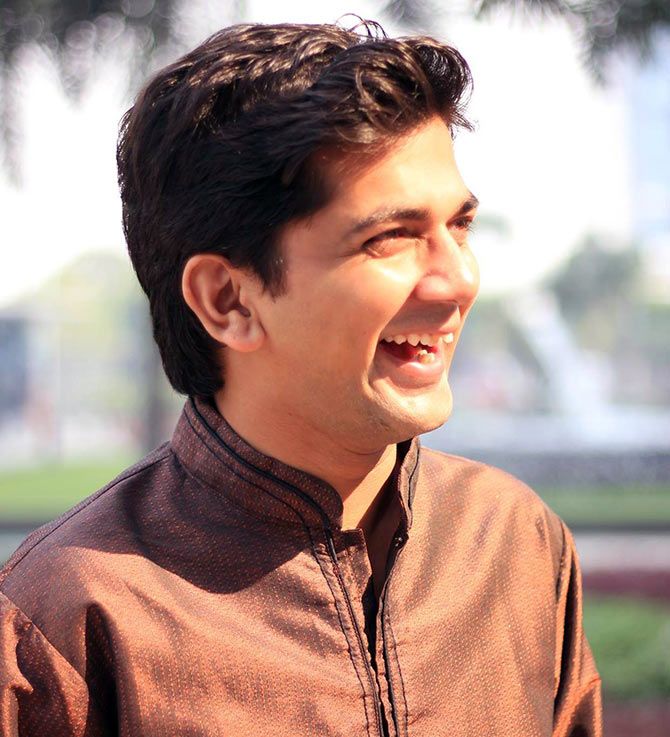 Those who know Bihar will readily agree it was once lauded as a centre of learning and higher education.

Today, however, the state is home to several 'highly educated yet unemployed' citizens who are not able to find the right job.

In rural Bihar, like in many other Indian states, economic constraints compel deserving children to quit education and take up farming.

The problem is exacerbated by the lack of good schools and teachers to guide them.

Aquibur Rahman, now 24, could have easily been another nameless statistic in this vicious circle had it not been for his parents and a certain teacher who inspired him to look beyond the adversities and carve his own future.

He shares his survival story and explains why people should not limit their dreams. Divya Nair/Rediff.com listens in.

I was born in Mahmadia village in Bihar's Purnia district. I have three younger sisters -- Zeba, Arfa and Sanmar.

The only government school in our village wasn't fully functional and the teachers were least interested.

Until I was 10, I was home-schooled by my father Asifur Rahman, who holds a masters degree in statistics.

He used to work on a contract basis at the Asian Development Research Institute and did not have a steady income. What he earned would barely get us through the day.

My mother Shahnaz Khatoon, a housewife, has a masters degree in sociology and statistics. She had only one dream -- that all her kids should be well-educated. She did everything within her power to ensure we got an education. She even mortgaged her jewellery and took loans to fund our studies.

Neither of my parents told us of the sacrifices they made; I learnt about it quite recently.

In 2003, my mother spoke to my maternal grandfather -- he was a professor in Patna -- and asked if he could help me get admitted into a good school. That's how I began living with my grandfather.

During that time, most good schools in Patna charged a monthly fee of Rs 1,500 to Rs 2,000. My grandfather found a school that charged Rs 200 to Rs 250 as their monthly fee and said he would take care of all my expenses.

I was asked to take a test in which the authorities realised my basic concepts were clear. In fact, I could easily solve some of the maths problems from class VIII.

Considering my age (he was 10), I was admitted into Class VII at the Patna Muslim High School. It helped that I was good at Maths.

I heard about Anand Kumar when I was in Class X; some of the senior students I knew of were attending his classes.

I had also read newspaper reports about how his students successfully crack the IIT-JEE.

I wanted to appear for the JEE too. During the time, top institutes like the FITJEE were charging up to Rs 1.5 lakhs.

Anand Sir was charging Rs 9,000 for two years. (The IIT coaching centre run by Anand Kumar is different from Super30 which is a free training programme for financially poor and underprivileged meritorious students, funded by Kumar.)

When I told my mother, she told me not to worry about the money.

He was the best thing to have happened to me. He taught us to be ambitious about our lives and our future.

He changed the way we solved our problems and looked at our careers. He'd make the class very interactive and interesting for us.

Most of my friends who went to top JEE coaching institutes confessed that they were taught to mug up concepts.

Anand Sir emphasised the understanding of concepts. He made us realise it is not important to memorise a formula; instead he taught us how to derive the formula. His problem-solving strategies set us apart from the rest of the candidates who appeared for JEE.

Whenever he asked me a question in class, I would answer it correctly. Gradually, he noticed me and asked me about my family background.

When he learnt that my economic condition wasn't good, he asked me to appear for the entrance exam to qualify for the Super30. That's how I became a Super30 student.

In 2008, I sought admission for the mining machinery engineering course at the Indian School of Mines-Dhanbad.

I came from a small village and ISM-Dhanbad was my first tryst with a big institution.

For the first time, I found myself interacting with people from different cultures and languages. Every time I had a conversation, I learnt something new -- about people's backgrounds, dreams, hardships, customs, rituals etc.

I had to groom myself too. Till then, I had eaten food with my hands; here, I learned to use the spoon.

My communication skills improved and I started talking more. I also co-founded the Robotics Club in college.

Cracking the CAT in the first attempt

After being trained at Super30, I realised I could solve any math problem. That is the level of confidence Anand Sir built in his students.

When I was in my second year of engineering, I started preparing for the Common Admission Test. In 2011, I appeared for the exam and scored 99.89 percentile in the first attempt with 99.3 in Quantitative Ability.

I picked IIM-Ahmedabad because I wanted to go to the best school in the country. 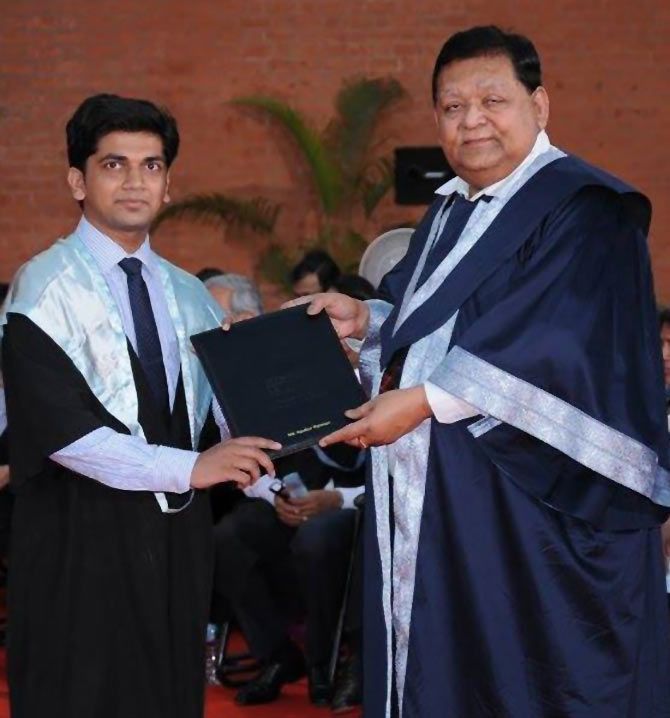 In my personal interview round at IIM-Ahmedabad, I was asked by the panel: "What is the one thing that should not have been invented?"

I said, "The invention of arms is the prime cause behind all problems in the world. I believe in non-violence, so I feel arms and ammunition should not have been created." I think the panel liked my answer.

My journey at IIM-Ahmedabad taught me to question, reason and find new ways to solve a problem.

The institute allows you the freedom to learn beyond what is taught in textbooks and classrooms. I learned about designing, strategy, marketing, discipline, punctuality and dedication.

I travelled to Singapore for my summer internship of eight weeks at P&G (Procter and Gamble Co.) during my MBA.

It was a compulsory internship programme to get industry exposure. It was quite an amazing experience.

It was my first corporate experience too. So there was a lot of learning on people management, work ethics, etc.

Learning was mostly concentrated on the professional side but I also learnt that we can be a great country only if we keep our cities clean, follow rules, help strangers, respect others and a lot of other things which I felt make a small country like Singapore such a beautiful and liveable place.

In 2014, I got my first job as a business development manager at Energo Engineering Projects.

I called my father to share the news. When I told him I'd be earning Rs 1 lakh per month, he was happy. In the same breath, he told me to start saving money.

Even while pursuing my MBA, I had always wanted to work with a start-up so I could understand the challenges of running one.

A few months later, I got the opportunity to work with the start-up iProf Learning Solutions as a strategic assistant to the CEO.

Here, I handled multiple responsibilities -- that of a growth hacker, marketing manager and data scientist. It was a wholesome experience of knowing everything from scratch.

In December 2015, I took up the role of marketing manager at CarDekho.com.

Back home too, things have started to look up. My father has a full time job now. He teaches in a government school in Purnia.

My sisters are pursuing their studies -- the elder one is at TISS (Tata Institute of Social Sciences), second one is pursuing bachelors in commerce and the youngest is in Class X.

My dream is to become an entrepreneur. I want to create a socio-economic business model which will benefit the poorest of poor.

I don't believe in charity, so I want to build something that will provide a source of income for those who are socially and economically backward.

I am very impressed by the Uber and Ola business model -- it is really helping many people from smaller towns become mini entrepreneurs.

Each one has their own vehicle and can earn a good amount of money, depending on his capacity and hard work.

Don't get disheartened by failures and bad situations in your life.

Most important, don't give excuses.

Become a better person today than you were yesterday. 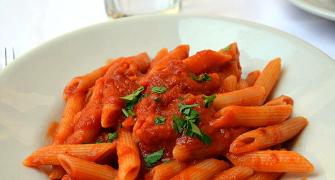 Recipe: How to make Pasta Arrabiata 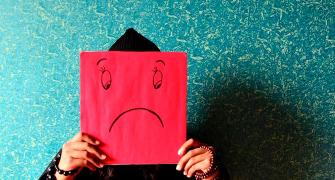 Shake off those awful Monday blues 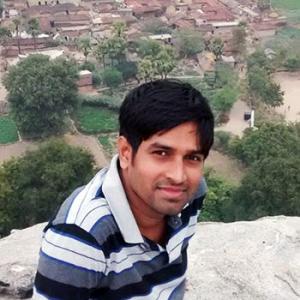