It's that time again... when we contemplate the year that has passed and look forward to the year ahead.

2020, though, has been -- to put in mildly -- different. It has challenged the world and almost everyone living it in.

And, as we faced these challenges, certain words became part of our lexicon and they highlighted the year for us.

Every December, a word is selected to represent the year gone by and it becomes the Word Of The Year.

This year, here are the words that have been chosen worldwide by iconic dictionaries or their publishing houses, and by countries, spiced with relevant trivia.

Do you agree? Would you choose the same word to represent your 2020?

The Oxford University Press, which publishes the Oxford English Dictionary, didn't select any word this year.

'... It quickly became apparent that 2020 is not a year that could neatly be accommodated in one single 'word of the year,' is what OUP said.

This is not unusual. At times, for instance, OUP has announced two different WOTYs -- one for the UK and one for the US.

In 2015, instead of a word they chose an emoji (Face with Tears of Joy); that came as a rather pleasant surprise to many.

The Collins English Dictionary began announcing its Word Of The Year in 2013, with 'geek' being their choice that year.

Unsurprisingly, 'lockdown' is its chosen WOTY for 2020.

Some of the other words on their shortlist this year were 'furlough', 'social distancing' and 'self-isolate'.

Needless to mention, they were all connected to the deadly nouveau coronavirus (which, by the way, was also one of the shortlisted words).

Merriam-Webster's Word Of The Year for 2020 is 'pandemic'. It has been announcing WOTYs since 2003, when 'democracy' was the winning word.

'Pandemic' was Dictionary.com's Word Of The Year for 2020.

This was its official selection.

But Dictionary.com also had a People's Choice winner and the word that won that race was 'unprecedented'.

The Cambridge Dictionary's WOTY 2020 is 'quarantine'.

The Guardian newspaper in Britain ran a Word Of The Year poll to understand what its readers thought about the year 2020 in a single word.

Australia's Macquarie Dictionary has been selecting a WOTY since 2006.

Each year, a committee of its editors prepares a shortlist of words. While they select a Word Of The Year themselves, like Dictionary.com, they also invite the public to vote for a People's Choice winner.

This year, because of COVID-19, they chose two words -- one from the non-pandemic side of life and one that became popular because of the pandemic.

Their other is WOTY is 'doomscrolling' (meaning the practice of continuing to read new feeds online or on social media, despite the fact that the news is predominantly negative and often upsetting).

The People's Choice WOTY, as announced by Macquarie Dictionary, is 'Karen' (a derogatory term used 'predominantly to refer to a middle-class white woman, often Gen-X, who is regarded as having an entitled, condescending and often racist attitude').

Its People's Choice COVID Word Of The Year is 'covidiot' (and they define it as 'a person who refuses to follow health advice aimed at halting the spread of COVID-19').

Incidentally, the word 'doomscrolling' has also been chosen as New Zealand's WOTY for 2020.

The Australian National Dictionary Centre chose 'iso' (slang for self-isolation) as its Word Of The Year.

The Pan South African Language Board revealed its Word Of The Year -- 'lockdown'.

The Netherlands's Word Of The Year is 'anderhalvemetersamenleving'. This whopper can be directly translated as a '1.5 metre society' -- in other words, social distancing.

The Danish Word Of The Year was chosen by Dansk Sprognævn (the Danish Language Council) and the radio station, P1.

'Samfundssind', loosely translated, means community spirit or social mindedness. The Danish Language Council defines it as 'putting the concern of society higher than one's own interests'.

'Samfundssind' has gained importance due to the prevailing pandemic.

The German Word Of The Year, chosen by the Gesellschaft für deutsche Sprache (Association for the German Language) is, not surprisingly, 'corona-pandemie>.'

Continuing with its annual tradition of selecting a new word that has been noticed as a rage or caught the public's imagination, Norway's national language council, Språkrådet, chose 'koronaen' (translation: the corona) as its WOTY.

Surprisingly, India does not have a Word Of The Year.

With 22 official languages -- that's testimony to India's vast diversity -- it will be both fun and challenging if we contribute and celebrate those many words every year.

While we wait for that to happen -- and hopefully it will happen soon -- do you have any thoughts on what should be India's WOTY 2020, dear readers?

An alumnus of IIT-Kharagpur and IIM-Bangalore, Sabyasachi Dutta is managing director at Vidatec India. 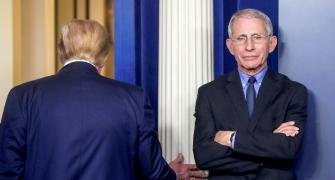 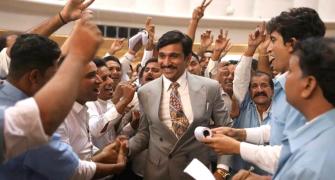 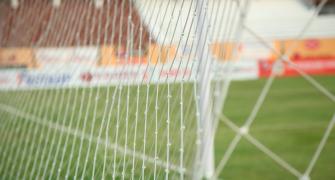 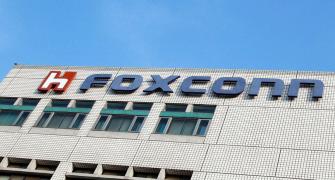 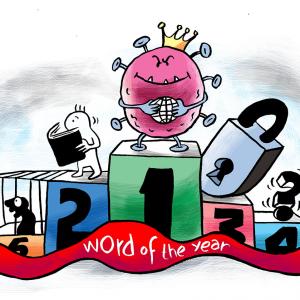 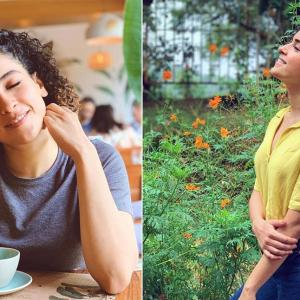