A vast majority of employees do just the bare minimum that ensures they escape censure or reprimand, such that they are seen to be doing their bit, without coming in the cross-hairs of the HR team for under-performance, observes Sandeep Goyal, managing director, Rediffusion. 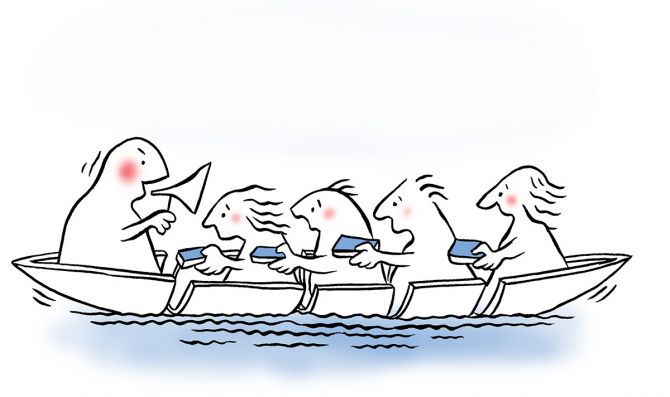 One of the biggest fears of the continuing work-from-home (WFH) scenario is whether it is leading to 'social loafing', which many say is the biggest enemy of productivity and output.

Others say that, in fact, WFH has been tougher on working individuals since contribution and performance are now clearly ascribable and there is no place to hide. But first, what is 'social loafing'?

Social loafing describes the tendency of individuals to put forth less effort when they are part of a group, or working together as a co-located team. Because all members of the group are pooling their effort to achieve a common goal, each member of the group contributes less than they would if they were individually responsible.

This may appear to be counter-intuitive, but it is true.

One of the first experiments in social loafing was conducted by French agricultural engineer Max Ringelmann in 1913 when he studied the pulling power of horses. He concluded that the power of two animals pulling a coach did not equal twice the power of a single horse. It was, in fact, considerably less.

Surprised by the result, Ringelmann extended his research to humans. He had several men pull a rope and measured the force applied by each individual. On an average, if two people were pulling together, each invested just 93 per cent of his individual strength; when three pulled together, it was 85 per cent; and with eight people pulling, just 49 per cent of individual strength was exerted by each team member.

Ringelmann's findings more than a century ago created ripples in the emerging study of human resource (HR) management, effectively puncturing the concept of teamwork.

Ringelmann called this the 'social loafing' effect and posited that when individual performance is not directly visible, it blends into a group effort where every team member actually 'cheats' a little, though not always consciously.

Social loafing is clearly evident amongst rowers, but ebbs in relay races because individual contribution is clearly visible and measurable.

Social scientists believe that social loafing is entirely rational: Why invest all your energy when less effort can do the needful?

Especially since the hold-back or the short-cut goes largely unnoticed. It is the 'My neighbour will do it' syndrome, and try as much as you can, all teams suffer from this handicap, consciously or unconsciously.

One school of thought today is that WFH has taken the team from a rowing-together-in-office situation to now a relay race where every individual's contribution, or the lack of it, is clearly visible.

Which leads us to a related concept of 'diffusion of responsibility'.

Studies show that people are more likely to engage in social loafing if they feel personally less accountable for a task, and know that his or her individual efforts are likely to have little impact on the overall outcome.

Which is branded in sociology as the 'bystander effect', or the tendency to be less likely to help a person in need when others too are present, presuming that someone else will step forward and volunteer.

While WFH has literally forced every team member to visibly contribute and stand up to be counted, few organisations actually have the mechanism or processes where the individual's performance can be empirically measured, compared and shared.

Global research shows that a vast majority of employees actually do just enough to pass muster, the bare minimum that ensures they escape censure or reprimand, such that they are seen to be doing their bit, without coming in the cross-hairs of the HR team for under-performance.

There are, of course, those too who have during WFH converted their homes into a 24x7 always-on office but such examples are few and far between.

This leads us to an interesting social loafing story of a tribe that lived in the deep jungle with a very wise old man as its chief.

One day the chief invited the head of every family in the tribe to his hut, and asked them to bring along one glass of wine from home that would be shared by every other guest at the get-together. So they came, each carrying his one glass of wine.

The chief had placed a huge pitcher in the middle of the hut and everyone poured their glass into the communal wine pool. Then the chief poured out for every guest a glass of wine from the pitcher and they all toasted the health and happiness of the tribe.

But when everyone had sipped, then swigged the wine, the chief wanted to know how the wine tasted. Almost in unison everyone said the wine was more water, less wine.

Why, asked the chief? Because each guest had diluted the wine he brought from home thinking that in the full pitcher, a little individual cheating would never get noticed.

With WFH too, it is only after the pandemic is over that we will know how much the organisational wine got diluted by social loafing! 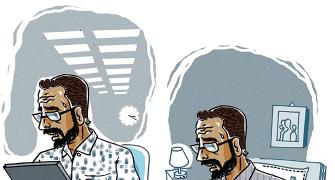 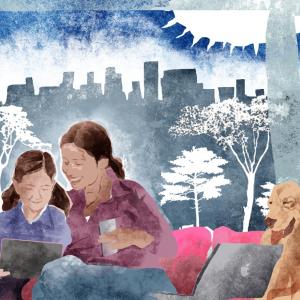