India's batsmen struggled on a Perth Stadium pitch marked by widening cracks, as Australia inched closer to victory on Day 4 of the fourth Test on Monday.

Chasing 287 for victory, India were reeling on 112/5 at stumps on the fourth day.

India's hopes of victory all but ended when Virat Kohli was caught in the slips off Nathan Lyon for 17. The off-spinner also accounted for Murali Vijay for 20.

Earlier, Mohammed Shami claimed a career-best 6/56 to trigger a late batting collapse as the hosts were bowled out for 243 in their second innings. 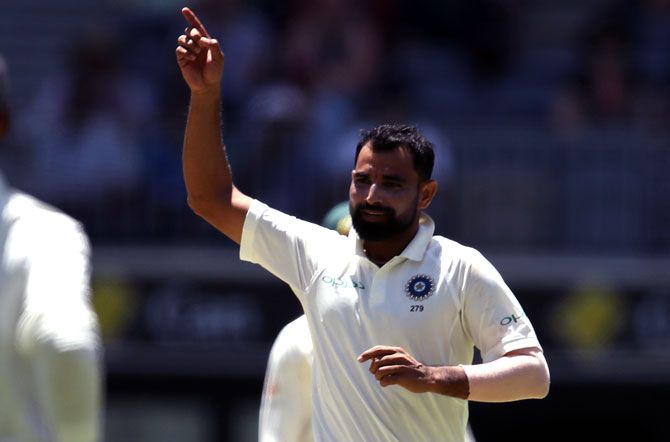 20.88 The average opening stand between K L Rahul and Murali Vijay -- the lowest for any opening pair batting together at least 25 times in Test matches.

0 Number of times India have successfully chased down a fourth innings target in an away Test under Virat Kohli. Out of previous 8 such instances India have lost seven and drawn one.

42 Number of wickets taken by Mohammed Shami in away Tests in 2018 -- the most by an Indian bowler in a calendar year. 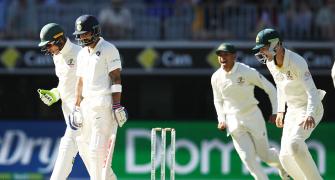 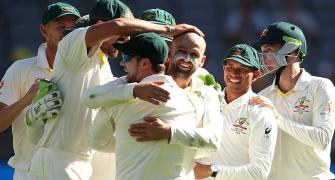 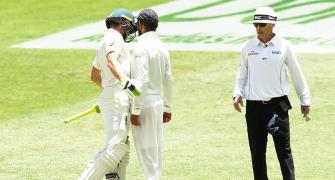 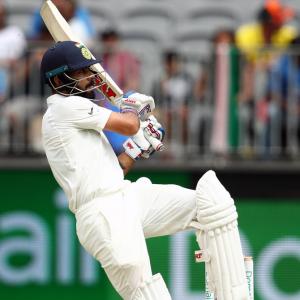 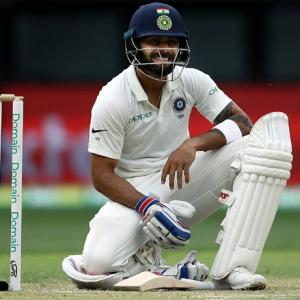