41 Number of times Ishant Sharma has dismissed a batsman on a duck in Tests -- same as that of Javagal Srinath.

14.41 The average opening stand between K L Rahul and Murali Vijay outside India -- 173 runs in 12 innings.

This is the worst performance by an Indian pair opening the innings outside India 10 times.

The highest has been only 63.

Among all batsmen who have played at least 50 innings since Rahul's Test debut, this is the highest percentage of Bowled/LBW dismissals in a Test career.

1,182 Runs scored by Virat Kohli in Tests so far this year.

There has been only one better performance by an Indian captain in a calendar year and it came from Virat's bat!

21 Number of times Virat has scored 80 or more in a Test innings as a captain. 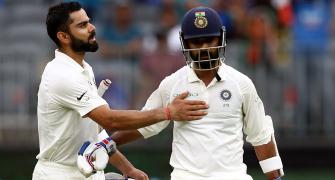 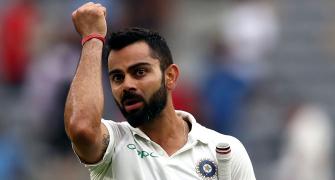 'Whenever Virat is batting we feel confident' 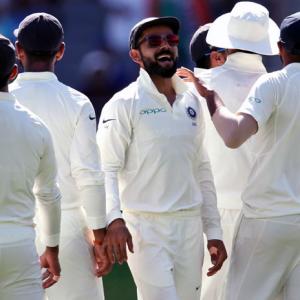