'Would have been more challenging had India scored 50 more runs'

'Both games were a really good balance in terms of the surface, between bat and ball, and runs were quite tough to come by.' 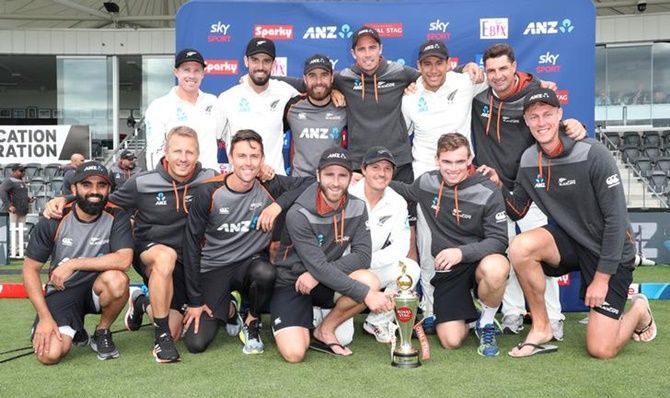 IMAGE: New Zealand's players pose with the Royal Stag trophy after defeating India in the second Test in Christchurch on Monday and winning the series 2-0. Photograph: Martin Hunter/Reuters

Skipper Kane Williamson says New Zealand’s victory in the second Test well inside three days is not a fair reflection of how competitive the match was, and if India had scored 50 more runs, the chase would have been more challenging.

New Zealand won the first Test in Wellington by 10 wickets in a little over three days, and the second Test by seven wickets even quicker.

"It's an outstanding performance. I sort of said it recently, but I don't think the result reflected how competitive the match was. Perhaps another 50 more runs from the India's perspective would have made it quite a balanced-looking match," said Williamson, at the post-match press conference.

Unlike the flat sub-continental tracks, the tracks for two Tests had an ideal balance between bat and ball making it hard to score runs.

"Both games were a really good balance in terms of the surface, between bat and ball, and runs were quite tough to come by. You had to have a little bit of fortune go your way and then try and put a bit of pressure on the bowlers first. A great performance over the last two games from the guys."

Williamson had no qualms in admitting that the tracks were tilted in favour of bowlers.

"I guess you look at the surfaces, they both were perhaps seam-bowler friendly. But, as a batting unit as well, the contributions that were made to get us to parity in the first innings of this game and in Wellington to get competitive totals on the board on these surfaces were really pleasing to see."

The genial Black Caps skipper agreed that pace on both, Wellington and Christchurch, tracks was "more aligned to Australian conditions" than their own.

Usually the tracks at the Basin Reserve and Hagley Oval flattens out with passage of time, but that was not the case during the course of the two Test.

"Maybe not so much the sideways movement which we saw throughout. But that made a sporting balance between bat and ball. That was something that was a little bit new for us as well," he said.

"In the last two games, the reward was a little bit quicker because the surfaces were slightly different to what we have had in the past.

"But, at the same time, it's great when you see Test cricket where there is that balance, whether it is early, in the back-end of the game or perhaps the added pace meant that with the sideways movement, perhaps it always had a ball with your name on it." 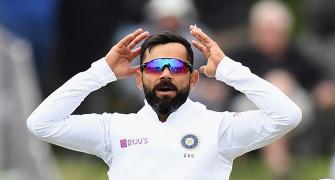 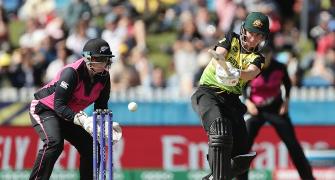 WT20 WC: Australia in semis with close win over NZ 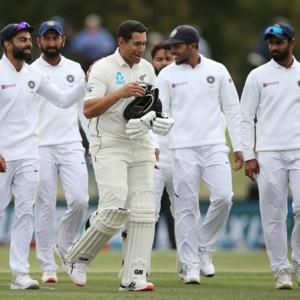