'It was a combination of us not quite having the right execution and New Zealand playing really well in their conditions.' 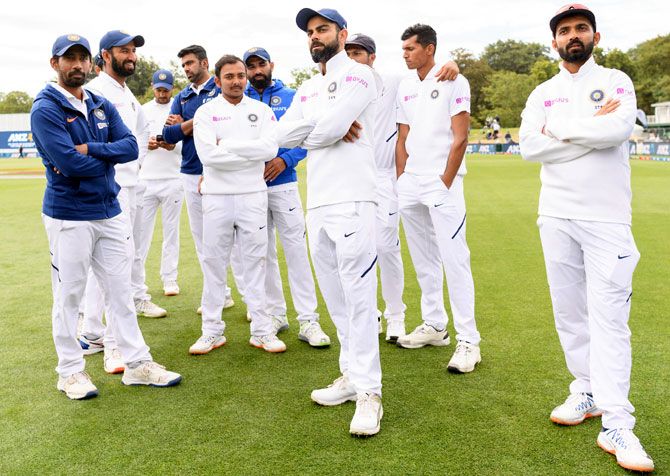 New Zealand romped to a seven-wicket victory over India in the second Test in Christchurch on Monday for an emphatic 2-0 series sweep of the number one side in the world.

The Black Caps dismissed the tourists for 124 in the first hour of the day before chasing down their 132-run victory target with half of the Test to spare for the loss of three wickets.

Henry Nicholls hit the winning run as New Zealand drove home a dominance that was only briefly challenged in the series as India succumbed to their first two defeats in the World Test Championship.

Openers Tom Latham (52) and Tom Blundell (55) did most of the work before falling to Umesh Yadav and Jasprit Bumrah respectively, the latter producing a peach of a ball to take out the batsman's off stump.

New Zealand skipper Kane Willliamson also made a cameo with five runs before he was caught off his gloves fending another fizzing delivery from Bumrah.

The hosts were already well within sight of their target by the time the wickets started falling, however, and it only spared India back-to-back thrashings by 10 wickets.

The thumping victory in the first Test in Wellington did much to ease the pain of New Zealand's miserable tour of Australia over the New Year and the series sweep underlined how tough it is to play the Black Caps on home soil.

"Outstanding," said Williamson. "I don't think the end result reflected how tight that match was. As we know, there's a fine line. India are a world class side, top of the comp, so a great effort from the guys."

After the drama of day two, when 16 wickets fell as India stormed back into the match only to be pegged back by the close of play, there was a more subdued atmosphere at an overcast Hagley Oval on Monday.

India resumed on 90-6 with a lead of 97 but Hanuma Vihari, Rishabh Pant, Mohammed Shami and Bumrah all quickly departed and New Zealand were soon heading back to the dressing room to pad up with only 34 more runs on the board.

Trent Boult took 4-28 and Player of the Series Tim Southee grabbed 3-36 as New Zealand's experienced strike pairing did what they do in home conditions.

India's final wicket fell when Bumrah charged down the track for a single and was left stranded as Ravindra Jadeja declined the run, a suitably chaotic end to a poor effort from a much vaunted batting order on New Zealand's green pitches.

"When you sit down and look back at this series, you have to give credit to the New Zealand bowlers ... you have to play extravagant shots to get runs," said India captain Virat Kohli, who managed only 38 runs from four innings.

"It was a combination of us not quite having the right execution and New Zealand playing really well in their conditions."

© Copyright 2022 Reuters Limited. All rights reserved. Republication or redistribution of Reuters content, including by framing or similar means, is expressly prohibited without the prior written consent of Reuters. Reuters shall not be liable for any errors or delays in the content, or for any actions taken in reliance thereon.
Related News: New Zealand, India, Jasprit Bumrah, VIrat Kohli, Hagley Oval
COMMENT
Print this article 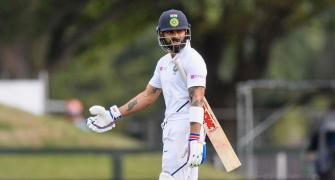 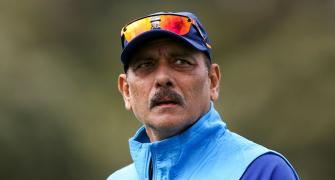 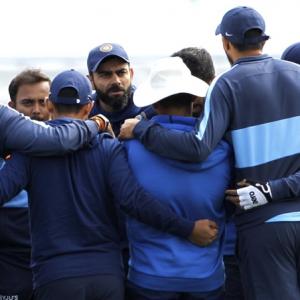