Images from the World Cup final between England and New Zealand, at Lord's, on Sunday. 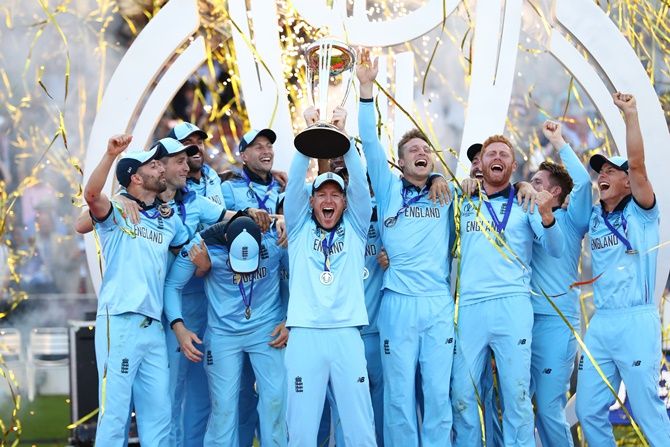 England won the Cricket World Cup for the first time after New Zealand matched their 15 runs in tje Super Over but lost on fewer boundaries scored in the match after an extraordinary final at Lord's was tied on Sunday.

England were all out for 241 on the last ball of the 50th over, chasing New Zealand's 241 for eight.

The hosts scored 14 in the last over of their innings but Mark Wood was run out seeking the second run that would have won it for the hosts. 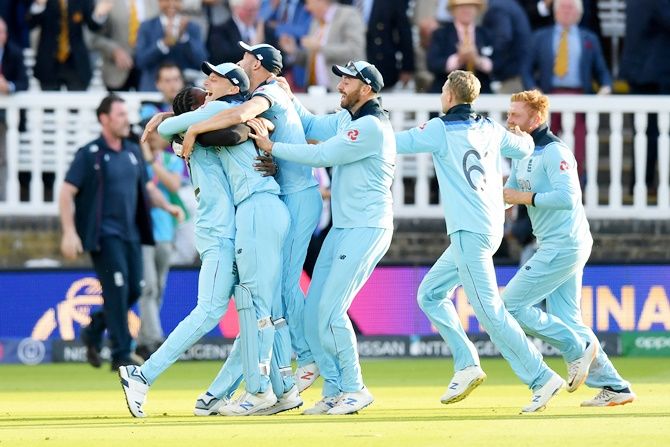 Ben Stokes, who finished on 84 not out, came back for the Super Over with Jos Buttler amid scenes never before seen at the home of cricket.

New Zealand needed two off the last ball of Jofra Archer's over but Martin Guptill was run out coming back for the second run and England triumphed due to hitting more boundaries on the day. 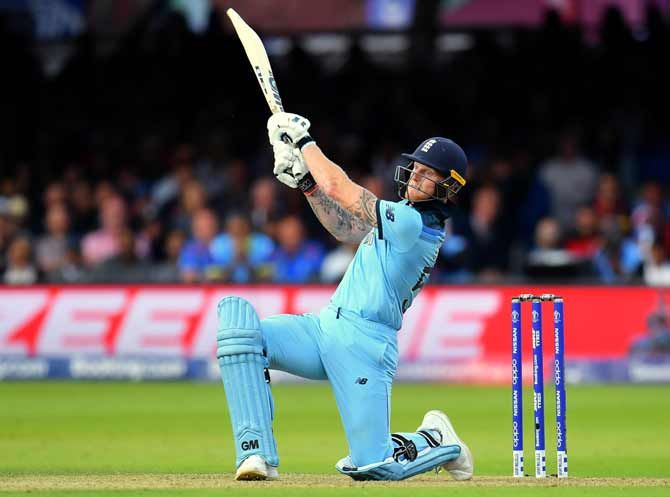 IMAGES: Ben Stokes scored 84 off 98 balls, including 5 fours and 2 sixes, to take England to the Super Over. Photograph: Clive Mason/Getty Images

Earlier, Henry Nicholls scored 55 and Tom Latham 47 without ever really looking comfortable but the score began to look challenging as England slumped to 86-4 before Stokes and Buttler put on 110 to set up the amazing finale. 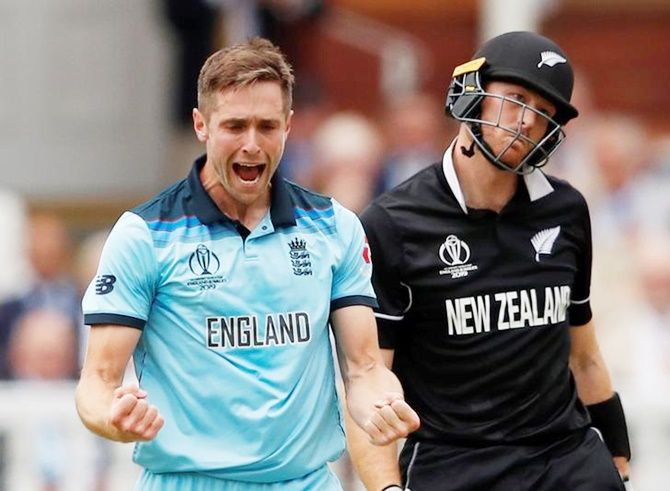 Nicholls and Latham fighting knocks gave the Kiwis a fighting total, but England's bowlers struck at crucial and regular junctures to deny the 2015 finalists big partnerships in a contest which will produce new 50-over world champions.

New Zealand captain Kane Williamson won the toss under an overcast sky and elected to bat after both sides retained the same XI from their contrasting semi-final victories. 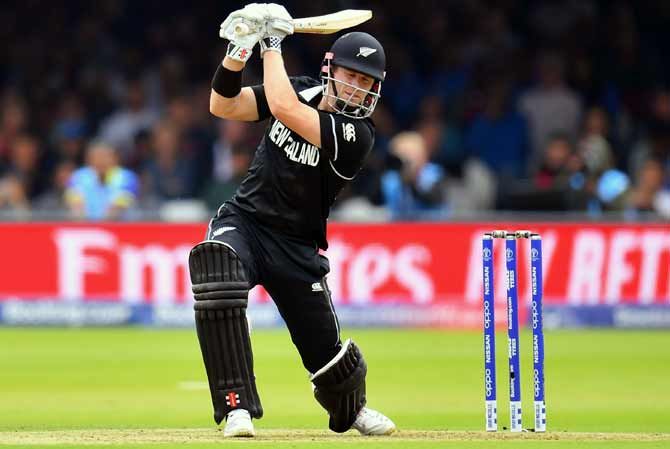 Woakes, who ended with a hugely impressive 3-37, began with a wide but was celebrating a success in his next over when Nicholls, yet to open his account, was adjudged lbw.

The opener reviewed and successfully got the decision overturned after replays suggested the ball would have sailed over the stumps.

Martin Guptill had gone without a fifty since the opener against Sri Lanka and he decided to hit his way out of the rut.

The right-hander smashed Jofra Archer for a six with an audacious upper-cut but Woakes trapped him lbw with a length ball. 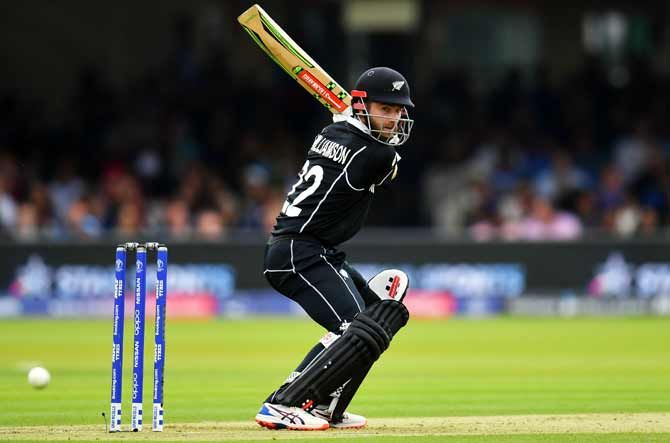 Nicholls and Williamson batted with a clear intention to preserve wickets on a pitch that looked difficult for quick scoring.

Nicholls's calculated aggression dovetailed perfectly with Williamson's risk-free accumulation in their 74-run stand that took New Zealand past the 100-mark in the 22nd over.

Plunkett (3-42) was lurking in the corner, however, with a two-wicket spell of largely back-of-a-length cross-seam deliveries that swung the match back in England's favour. 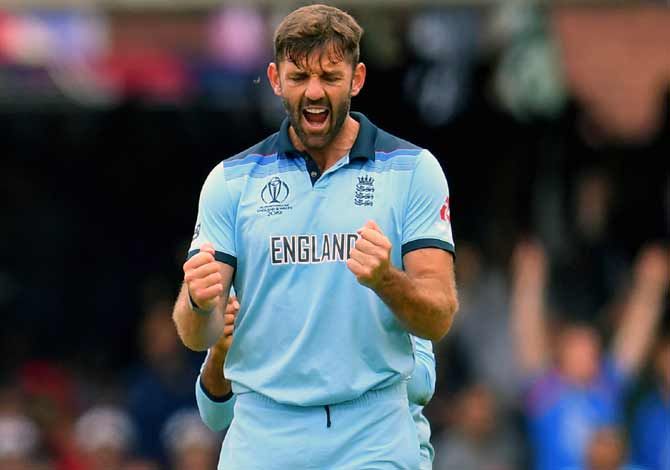 He induced an edge from Williamson which went unnoticed by umpire Kumar Dharmasena. England challenged the not-out decision and got Williamson caught behind for 30.

During his knock, Williamson became the highest run-scoring captain in ICC World Cup history, with 578 runs from 10 matches. He was one run short of former Sri Lankan skipper Mahela Jayawardena's record of 548 runs from 11 innings in the 2007 World Cup.

Nicholls completed his fifty but could not press on. Too cramped to play the backfoot drive, he still went ahead with the shot and edged it onto his stumps to depart after his first 50 of the tournament. 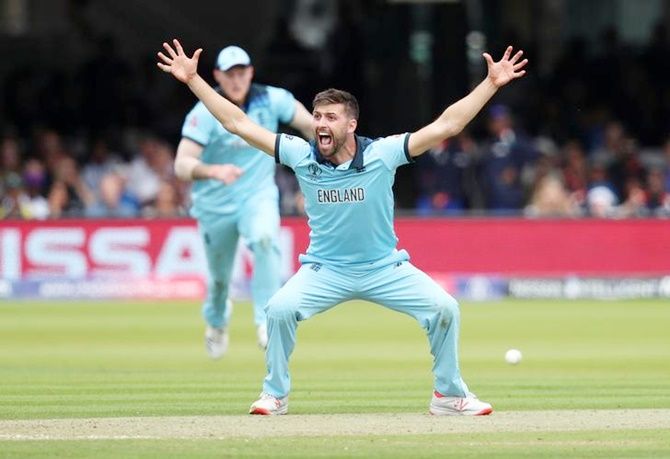 Mark Wood then trapped Ross Taylor lbw with a delivery which would have sailed over the stumps but New Zealand had blown their review on Guptill.

Latham fell short of his 50, just when he looked set to provide the late charge and England kept their tight bowling and impressive fielding going right to the end.

Appearing in their first final since losing to Pakistan in 1992, the hosts will be pleased with their efforts in the field and fancy their chances of lifting the trophy for the first time. 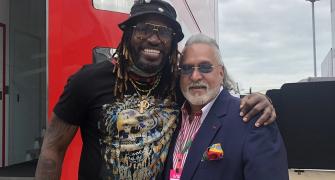 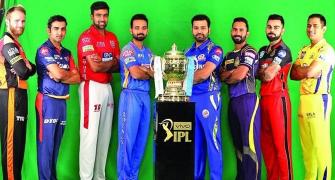 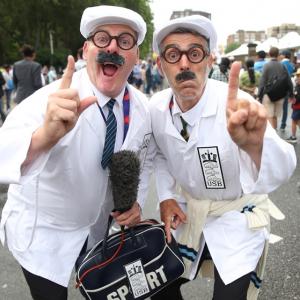