News
Business
Movies
Sports
Cricket
Get Ahead
Money Tips
Shopping
Sign in  |  Create a Rediffmail account
Rediff.com  » Cricket » Will Dhawan sweep his way back to form? IMAGE: Shikhar Dhawan is working on his sweep shot and reverse hit as part of his preparation for the ODI World Cup. Photograph: Hannah Peters/Getty Images

Battling indifferent form, veteran India opener Shikhar Dhawan is working on his sweep shot and reverse hit as part of his preparation for the ODI World Cup at home in October-November 2023.

Having scored just one half-century in his last nine innings, the 37-year-old left-hander faces the heat in the build up to the ODI showpiece.

Shubman Gill, who is not part of the series in Bangladesh, has emerged a strong contender to open alongside skipper Rohit Sharma in the World Cup.

Team India head coach Rahul Dravid had a special session with him ahead of the second ODI against Bangladesh on Wednesday.

Dhawan's struggles in the recent past have hurt India in the powerplay. In the first ODI against Bangladesh, he scored 7 from 17 balls as India’s batters were bundled out for 186 in 41.2 overs.

"This is not the first time we have lost the first game in a series. This is quite normal; we know how to bounce back from these situations. We're very, very confident," said Dhawan.

Bangladesh were 136/9 in 39.3 overs in their chase of 187, but Mehidy Hasan and Mustafizur Rahman eked out an improbable win with an unbroken 51-run stand for the last wicket.

"We have analysed where we need to improve. Surely, we will create more impact in the coming games. We are very positive and in a good space, we are looking forward to it."

Talking about the positives, Dhawan said Washington Sundar could be groomed to become a "great" all-rounder for India in future”.

The 23-year-old may have drawn flak for his sloppy fielding, but he has impressed especially in the ODI series against New Zealand where he scored his maiden half-century and also made a quick-fire 37 not out batting lower down the order.

"He has been performing really well since the time he came back. Even in New Zealand he had an amazing knock and bowled really well. He's a very good all-rounder, quite an impactful off-spinner and lower order batter.

"I'm sure the more matches he plays, he's going to get more experienced. He already had a very stable mindset. I'm sure he'll do great in the cricket world and for us."

"They really enjoy and play with great intensity. It's good fun, makes us more intense as well and keep us on our toes. It brings the best out of us," he added. 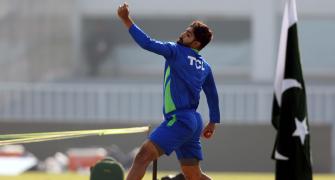 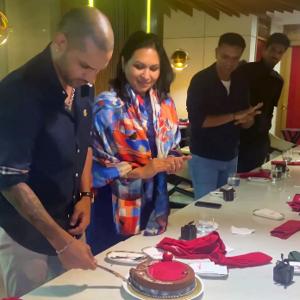