Why Windies have a good chance to win World Cup

'They have very good players, all match winners. So look out for them.' 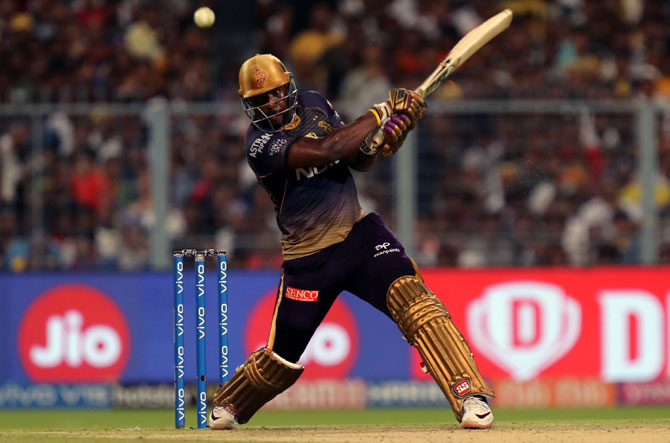 IMAGE: Andre Russell has been in smashing form with the bat in IPL. Photograph: BCCI

West Indies all-rounder Dwayne Bravo said IPL enhances the players' skills and every team has some high profile coaches to iron out the flaws.

A big-hitter on the field, Bravo reiterated that the West Indies would pose a threat to all the teams in the 2019 World Cup as it had a sledgehammer in Chris Gayle and the dangerous Andre Russell, who has been in great form this season.

"Universal boss (Chris Gayle) is there, Andre Russell is there, (Shannon) Gabriel is there. So they have very good players, all match winners. So look out for them."

Bravo also reaffirmed his admiration for Chennai Super Kings captain Mahendra Singh Dhoni and termed him as the best leader he has played under.

"It is no secret. I love, I can say much about MSD leadership... everyone knows. He is the best in the world", Bravo said in Chennai on Thursday.

"I think IPL helps domestic players. It also helps international players. You are being coached by some of the best coaches in the world. I think that is the beauty of IPL. Players get an opportunity to improve their skills," he added.

Asked how much he enjoyed playing for CSK in IPL-12, Bravo replied: "It is one of my favourite teams, it is my biggest fan base overseas, it is no secret. It is always good to wear the yellow jersey." 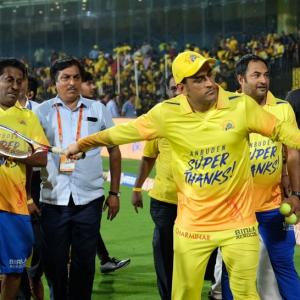