Cricket legend Sachin Tendulkar believes the IPL will give the Indian players confidence going into the World Cup and they won't have any problems shifting formats.

"Before the team flies to England," he says, "that is what one should be thinking of, nothing else. When we go there, we will still have some time to make adjustments to the 50-over format. I know the players have played enough cricket to understand that."

"That is not the first time they have to make adjustments. They constantly keep making adjustments from Test cricket to ODIs and from ODIs to T20s and going back to Test cricket," he explains.

Tendulkar, who was part of India's World Cup winning team in 2011, cites India as one of the favourites to win the championship.

"The World Cup will be played in England, but hopefully, it will be coming to India."

Tendulkar, a regular visitor to the UK during the English summer in June-July, says the weather prediction for a hot summer during the World Cup could see the scales tilt in the batsmen's favour.

"When we (India) played the Champions Trophy (in 2017)," he says, "the wickets were superb. When the sun is out and it is hot, the wicket gets really flat. I am sure they are going to give beautiful tracks to bat on."

"If the sun is out like this, I don't see much of a lateral movement."

Tendulkar was speaking at the MIG Club in Bandra, north west Mumbai, at the inauguration of a pavilion named after him.

"Playing the World Cup in England because the bus journeys and all make it interesting. The team is together," Sachin recalls. "When the match gets over (in India), you pack your bags, go back to the hotel, early morning flights -- all that is not there (in England). When the match is done, you go back to your coach, relax, and watch a movie in the coach."

"The whole team is together and you go to the next venue. That is the beauty of England. As far as keeping everyone together and enjoying those moments on tour, will happen more frequently," he adds. 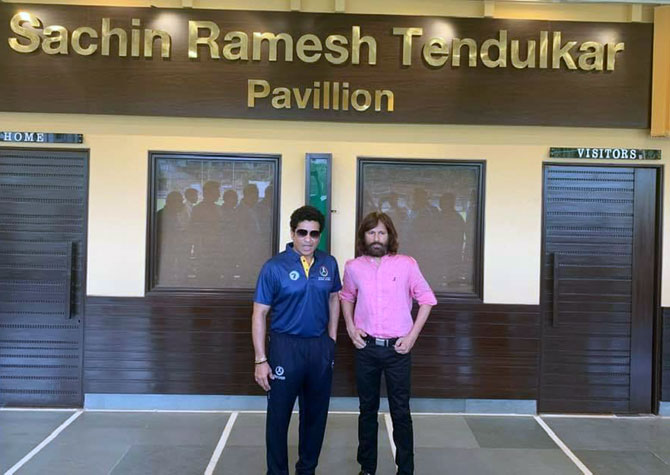 IMAGE: Sachin Tendulkar with his elder brother and mentor Ajit Tendulkar at the newly inaugurated Sachin Ramesh Tendulkar pavilion at the MIG Club.

Tendulkar also wished fellow cricket legend Brian Charles Lara who turned 50 on Thursday. "50 down and 50 to go," he says. "He is a wonderful chap. What you see is what you get. He is a thorough gentleman. I hope and pray to god that the best is yet to come in his life. He has done special things in cricket, but generally in life I want him to be happy and healthy because I think that is the most important thing."

Tendulkar jogged down memory lane when he recalled playing single wicket cricket at the MIG Cup along with his brother Ajit.

"I am really excited because we are standing in the ground where the pavilion has been named after me," Sachin says. "That makes me feel special. As a kid, I used to go to my school and this used to be our path. Me and all the friends would think that someday we should have the opportunity of playing on a proper pitch. Before that, we played tennis ball matches in our building but never on a proper field. This is the first proper ground, where I played cricket."

"After that, my career started at Shivaji Park, so it is good to have a pavilion named after me. I am really happy and ecstatic." 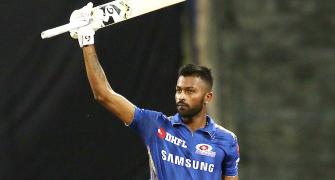 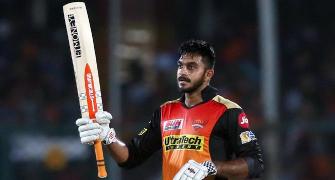 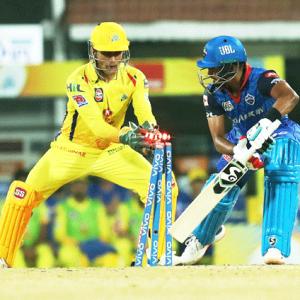