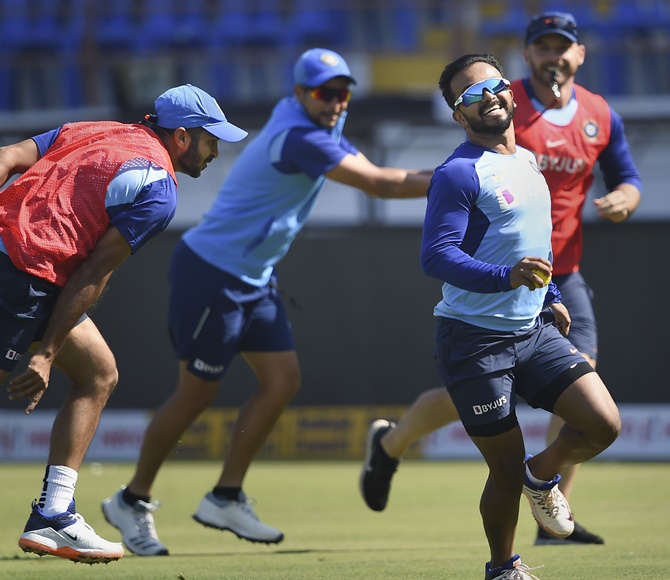 IMAGE: Shardul Thakur and Kedar Jadhav during a training session ahead of the second ODI against Australia at Saurashtra Cricket Association Stadium, in Rajkot. Photograph: Kunal Patil/PTI

Hosts India have a dismal ODI record at the Saurashtra Cricket Association stadium in Khanderi as they have lost on both the previous occasion when they played at the venue.

India first played a ODI at the SCA Stadium on January 11, 2013 against England and lost by nine-runs in a thriller. Then they played their second ODI against South Africa at the same venue on October 18, 2015 and this time they lost by 18 runs.

So, the Virat Kohli-led side, who are 0-1 down in the three-match series, would surely like to change the record to keep themselves afloat in the series.

Meanwhile, Australia is unbeaten in 50-over format when they have played in Rajkot. Australia have played only one ODI against India here and won that game.

The team from Down Under then played a lone T20 at the SCA Stadium where they suffered a drubbing at the hands of the hosts.

Australia first played in Rajkot on October 7, 1986 at the old stadium and Australia had won the match by 7 wickets, chasing a 261-run target, with then skipper Allan Border remaining unbeaten on 91.

Then a T20 match between the two sides was played at SCA stadium on October 10, 2013, which was won by the hosts by six wickets. 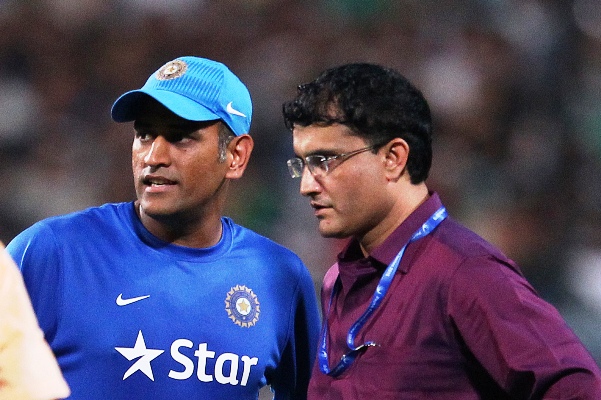