Why no state funeral for Ramakant Achrekar?

'It is somebody's mistake and communication gap. I as a government representative, I'm sorry. This is very sad' 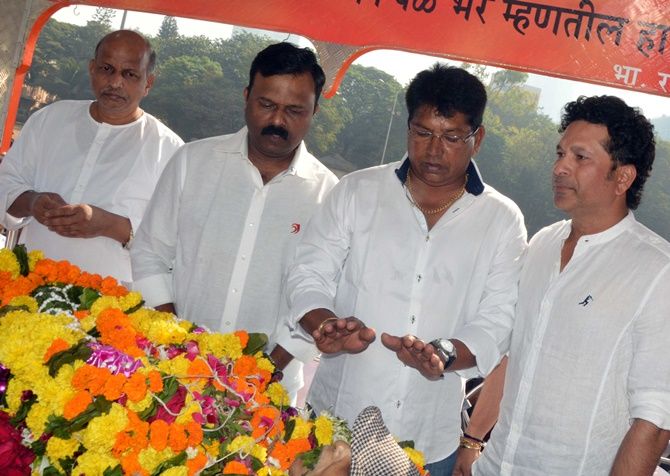 A senior Maharashtra minister, on Thursday, attributed master blaster Sachin Tendulkar's first coach Ramakant Achrekar not being given a state funeral to a 'communication gap' at the government level.

Housing minister Prakash Mehta, who represented the state government at the funeral of the celebrated cricket coach, said Achrekar not being given a state funeral was 'sad and unfortunate'.

"It is somebody's mistake and communication gap. I as a government representative, I'm sorry. This is very sad. I will check what happened," Mehta told reporters at the Shivaji Park crematorium, adjacent to the spot where the 87-year-old coach trained Tendulkar.

Mehta, former Mumbai BJP chief, said he will speak to Chief Minister Devendra Fadnavis on this matter. "I got a message from Mantralaya (the state secretariat) only this morning to attend the funeral," he added.

Archrekar, the childhood coach of Tendulkar, died Wednesday at his Shivaji Park residence in Dadar in Central Mumbai.

A senior official from the Chief Minister's Office (CMO) said, "We were not informed by the Protocol Department about the requirement for funeral with state honours."

"Normally, the General Administration Department puts up a file (for according a state funeral) and the chief minister approves it. But in this case, we did not receive even a phone call," the official said.

Ram Shinde, state water conservation minister, who also holds the charge of protocol department, said that he is out of Mumbai.

"Generally, decisions on according someone a state funeral are taken by the CMO," Shinde said.

"Had I been intimated on Wednesday night, I would have certainly taken up the issue and ensured that Achrekar sir got a state funeral," Shinde said.

"When a public personality dies, the state government, depending upon the situation, decides whether to perform the funeral with state honours or not. This (practice) has nothing to do with whether the
person received any civilian award," an official from the General Administration Department (GAD) said, when pointed out that Achrekar, like actress Sridevi, was a recipient of Padma Shri, the fourth-highest civilian award in India.

After controversy over Sridevi's state funeral in Februray this year, the GAD had said the discretionary powers to grant a funeral with full state honours was vested with the chief minister and it was not related to the conferment of any national honours or Padma honours on the deceased personality. 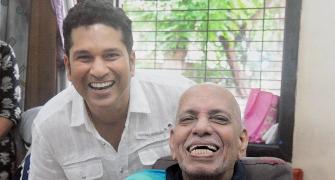 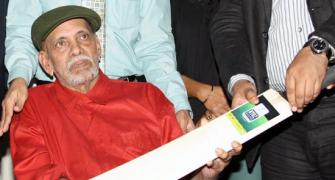 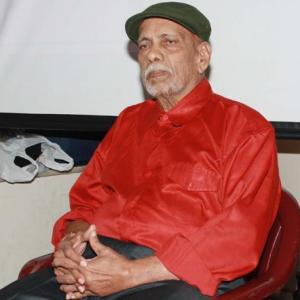