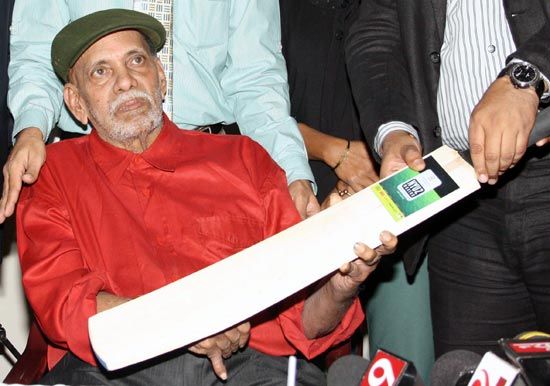 There were cricket coaches and then there was a Ramakant Achrekar, whose contribution was way more than gifting India a 'kohinoor' called Sachin Tendulkar.

Achrekar, who passed away in Mumbai at the age of 87, on Wednesday, belonged to that near extinct tribe of cricket coaches, who gave quintessential talented middle-class boys hope and imparted knowledge that they carried a lifetime.

The picture of Achrekar sporting a half-sleeved cotton shirt, simple trousers and a 'Dev Anand Jewel Thief' cap and perfecting a 14-year-old Tendulkar's forward defense shape at the Shivaji Park Gymkhana, was all about the simple times of '80s.

Those were days when cricket coaching centres were mushrooming throughout the country, an effect of the 1983 World Cup win.

But therein was the difference between Achrekar and other coaches as he never enrolled anyone who didn't have the required merit.

Tendulkar and his elder brother Ajit have time and again recalled how Achrekar would stand behind trees and watch Tendulkar bat to let him play freely.

The story of Achrekar putting a one rupee coin over stumps and challenging Tendulkar not to get bowled in order to earn the coin is a part of cricketing folklore.

Tendulkar still maintains that those coins are priceless. 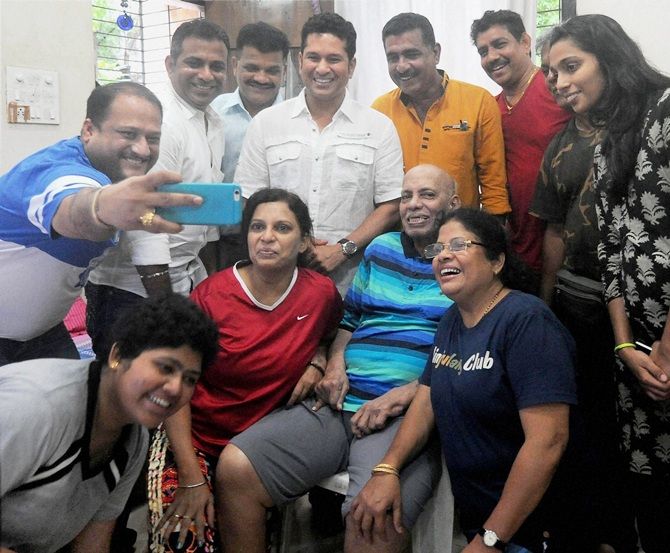 Or when Tendulkar got a 'tight slap' for missing a match in order to watch the senior school team play a final match.

"People should come to watch you rather you clapping from the stands," Tendulkar recalled Achrekar's words in a story that has been repeated often at various functions.

Every player, who learnt his ropes at the Shivaji Park Gymkhana during the 80s and early 90s, have their own 'Achrekar story' that they recollect with fondness.

Little wonder that every year, Achrekar's former wards made it a point to meet him on 'Guru Purnima'.

He never let his wards settle for anything less than the best.

A little Tendulkar would pillion ride on his sir's scooter to play multiple matches at various maidans of Mumbai.

If he felt that Chandrakant Pandit had talent and needed support, he wouldn't shy away from dropping at the youngster's residence to bring him to practice.

There have been many Dronacharyas in cricket since Achrekar but no one could match his eminence even though Delhi's Tarak Sinha can come close for producing a clutch of Test cricketers.

But Achrekar set a different benchmark for professional coaches at the grassroots.

His greatness could be gauged by the most popular sarcasm that is reserved for any junior coach, who is perceived as pompous by cricket establishment.

Whether Bengali or Hindi, the reference for mocking any junior coach is the retired bank employee from Mumbai.

A lasting memory would be Tendulkar's farewell speech in Mumbai in 2013.

"Sir has never ever said 'well played' to me because he thought I would get complacent...Maybe he can push his luck and wish me now, well done on my career because there are no more matches, sir, in my life," a teary-eyed Tendulkar had said after his 200th Test match.

And that perhaps was the Achrekar magic. His most famous and favourite ward craved for his stamp of approval one last time.

Tendulkar didn't get that but at the end of his guru's life journey, the batting great did say, "Well played Sir and may you coach more wherever you are." 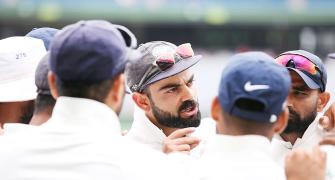 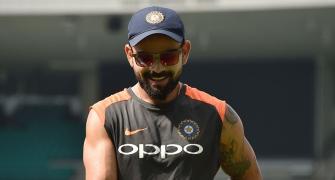 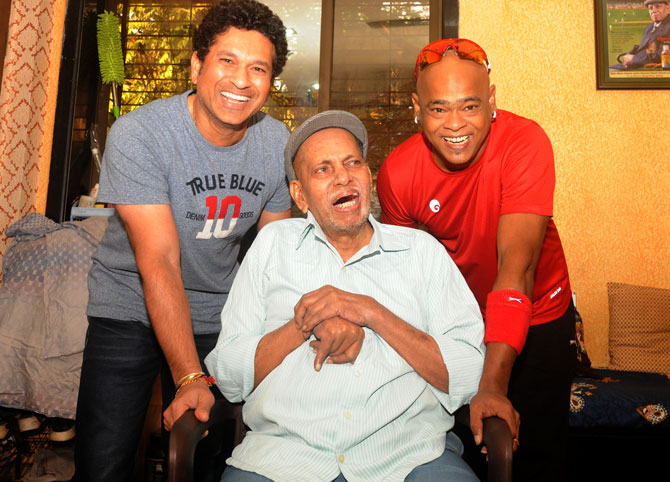 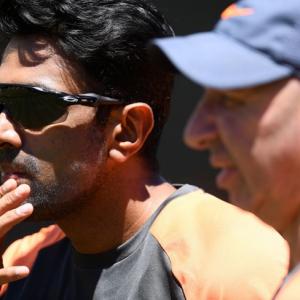