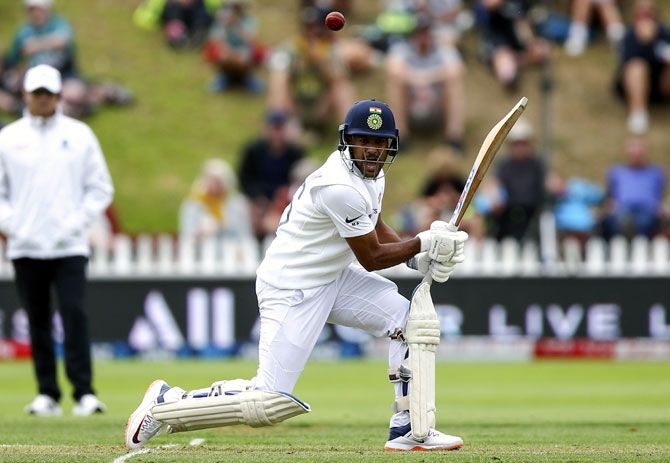 Opener Mayank Agarwal described the Basin Reserve wicket as ‘tricky’, adding it was very difficult to negotiate for India’s batsmen on Day 1 of the first Test against New Zealand, in Wellington, on Friday.

What made it worse, he said, was debutant New Zealand seamer Kyle Jamieson's "terrific" consistency.

Agarwal (34) was the only batsman, apart from vice-captain Ajinkya Rahane (batting 38), who was able to counter the New Zealand seamers as India scored 122 for five on the rain-marred first day.

"I think it is quite tricky since the wind blows at more than a decent speed here. And you just have to make adjustments right there on the field. As a batsman, it's not easy, especially first day, on this track," said Agarwal, who survived the first session only to get out after lunch.

"As a batsman, you never felt that you were completely in because even after lunch, it was doing a little bit."

Agarwal praised Jamieson's effort, saying he was impressed with the way he mixed it up.

"I thought he (Jamieson) bowled exceedingly well. He hit good areas and he got good bounce. The way he used the new ball was fantastic and he kept testing us bowling in the right areas.

"Since the wicket was soft, he was getting extra kick as well. As a batsman, you have to make that little extra adjustment to the bounce, which can be a little tricky," explained the opener.

The 29-year-old from Karnataka felt it was a combination of both spongy surface and disconcerting bounce which made life miserable for him and his colleagues.

"It is a combination of both. With that height on this wicket, with the areas and the consistency he showed, it was terrific," he said, referring to the 6-foot-8-inch tall Jamieson.

In the post-lunch session, Agarwal did not get strike for some time but he refused to attribute his dismissal to a lapse in concentration.

"I don't really think about all of those things while I am batting. If you are playing well and if you are addressing the ball well, it's fine. It really doesn't matter, especially in these conditions. It's alright to be at the non-striker's end," he said.

Awareness of the conditions is also one aspect that Agarwal wanted to focus on as his mode of dismissal had a lot to do with not being able to gauge the speed of the wind while playing the pull shot.

"That is definitely something we spoke about after I came back. You definitely want to be aware of the conditions while playing."

Four out of five dismissed Indian batsmen were done in by fuller deliveries but Agarwal did not think that it was the pitched-up ones which created trouble.

"No, it's not like only the fuller deliveries will be effective. If you keep pitching it up, it becomes easier for the batsmen. You have to mix up your areas but you still have to be consistent that you attack at the right time," he said.

"In an over, you can't attack with all six deliveries. Bowl three to four balls in good areas and then if you feel that you can get the batsman out, then you attack," he said, as he dissected how New Zealand and, especially Jamieson, operated.

In a roundabout manner, he admitted that there was not much help for the spinners and their job will be to bowl tight lines.

"I didn't play the spinner but I think as a bowler or as a bowling unit, we have to be consistent and very tight on this wicket."

He did not want to predict a good first innings score that will give confidence to his bowlers but hoped that Ajinkya Rahane can bat as long as possible with Rishabh Pant giving him support.

"To be honest, as many runs that we can make and as long as we can bat, it will be good for us.

"The way Ajinkya is batting is very good (for us). He is looking solid and I really hope that him and Rishabh can get a big partnership and take us to a big score." 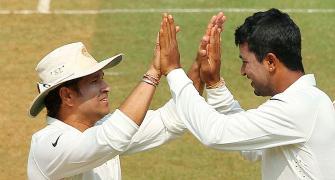 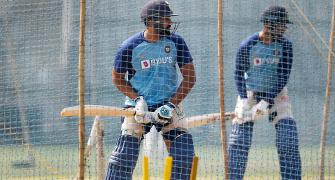 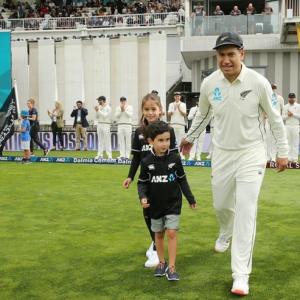