'We have put ourselves in this position by losing games but we are still breathing in the competition.' 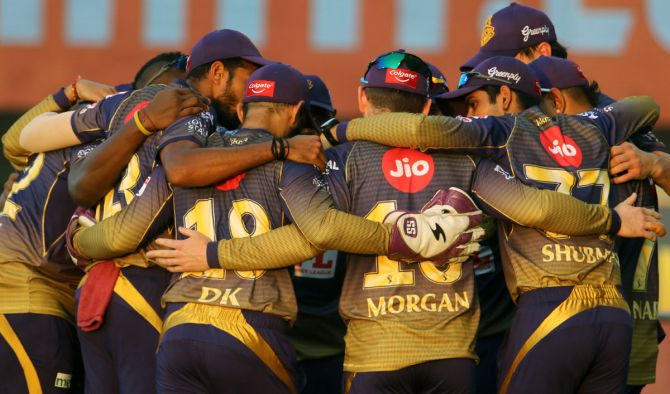 IMAGE: Kolkata Knight Riders went down to Chennai Super Kings by six wickets, leaving them to not only win their last league match but also for other results to go their way. Photograph: BCCI/IPL

The defeat against Chennai Super Kings has made qualifying for the play-offs tougher for Kolkata Knight Riders and chief mentor David Hussey is not a pleased man.

KKR bowlers could not defend a decent 172-run total, losing the game to CSK by six wickets on Thursday.

The result meant that KKR stay in fifth place in the points table with 12 points from 13 games. They not only need to win their last league stage game but also need favourable results from other matches.

"We have put ourselves in this position by losing games but we are still breathing in the competition," Hussey said after the match.

"In a few days' time, we are going to recharge our batteries and come out and play free-flowing cricket. You never know what could happen, results go our way and we can shock a few teams in the playoffs," the Australian added.

"Every defeat is difficult. But full credit to Chennai, they deserved the win. They bowled and fielded well and then they chased the total," he said.

"I thought 175 was par... full credit to Chennai. Their second wicket partnership batsmen Rayudu and the youngster from Maharashtra (Gaikwad) was sublime and went a long way in winning the game for Chennai," he said.

David Hussey praised opener Nitish Rana for his splendid innings of 87, which guided KKR to 172.

"Yeah...Rana. He has had a very good tournament. A very consistent tournament. In the last few innings he has been a consistent player for KKR," he said. 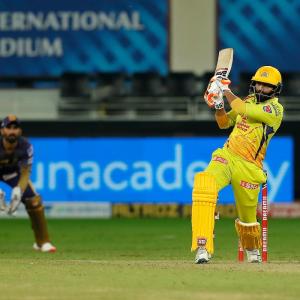 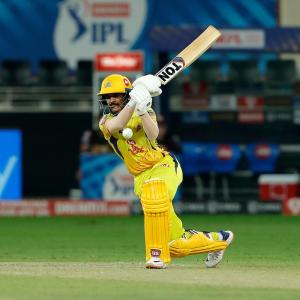