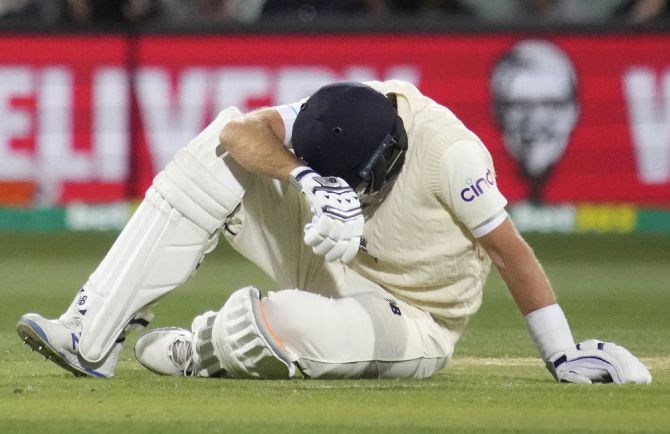 Former Australia skipper Ricky Ponting has questioned Joe Root's comments about England's bowlers during the Ashes and said that as captain of the touring side the onus is on him to make changes when needed.

After a nine-wicket thrashing in the Brisbane opener, England lost the second Test in Adelaide by 275 runs on Monday to trail the five-match series 2-0.

Root said after the pink ball Test that his bowlers needed to bowl fuller and "be a bit braver".

"I nearly fell off my seat when I heard that," Ponting told a Cricket Australia website. "Whose job is it then to make them change? Why are you captain then?

"If you can't influence your bowlers on what length to bowl, what are you doing on the field?

"Joe Root can come back and say whatever he likes but if you're captain, you've got to be able to sense when your bowlers aren't bowling where you want them to. That's what captaincy is all about."

Ponting also suggested that England's bowling attack was at its best when Root left the field due to a groin injury and the captaincy was briefly passed over to Ben Stokes.

"The interesting thing for me is the only time they bowled full in the game was when Joe Root wasn't on the ground," Ponting said.

"The start of day four when they had a meeting on the ground before play started, Stokes took over the captaincy, and that was the only time in the game they pitched the ball up."

The third Ashes Test will be played at the Melbourne Cricket Ground from December 26-30.

© Copyright 2022 Reuters Limited. All rights reserved. Republication or redistribution of Reuters content, including by framing or similar means, is expressly prohibited without the prior written consent of Reuters. Reuters shall not be liable for any errors or delays in the content, or for any actions taken in reliance thereon.
Related News: Joe Root, Ricky Ponting, Ben Stokes, England, IMAGE
COMMENT
Print this article 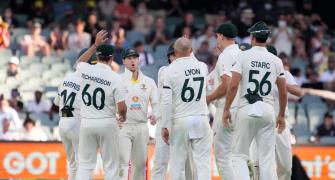 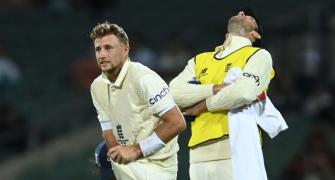 Root expects more fight, belief from Eng to save Ashes 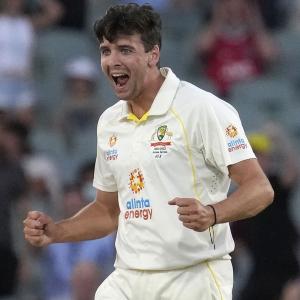