News
Business
Movies
Sports
Cricket
Get Ahead
Money Tips
Shopping
Sign in  |  Create a Rediffmail account
Rediff.com  » Cricket » What were Russell, DK up to?!! 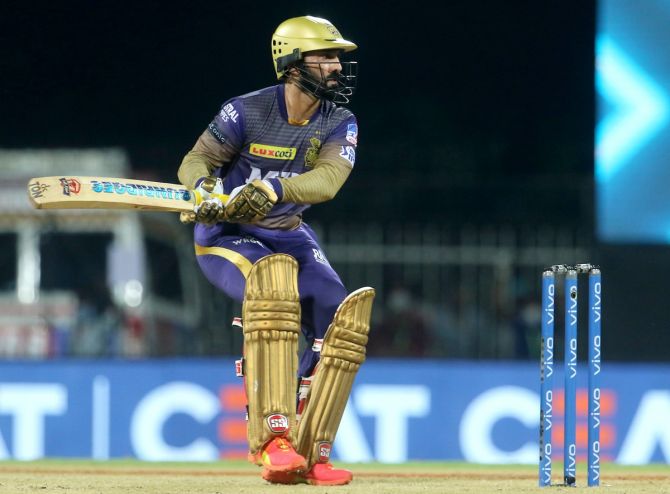 Kolkata Knight Riders needed 31 runs off 28 balls when Andre Russell joined Dinesh Karthik in the middle in their IPL 2021 match against defending champions Mumbai Indians in Chennai on Tuesday, April 13.

Despite dominating the game for 35 overs, KKR choked in the final stages and lost to Mumbai Indians by 10 runs.

Two of KKR's most trusted finishers -- Russell and Karthik -- had joined hands with the required rate being just above a run-a-ball, but thanks to some bizarre batting and brilliant bowling from MI bowlers, KKR fell short.

Both batsmen batted till the last over. Karthik was unbeaten on 8 while Russell was dismissed (9) in the third ball of the 20th over. 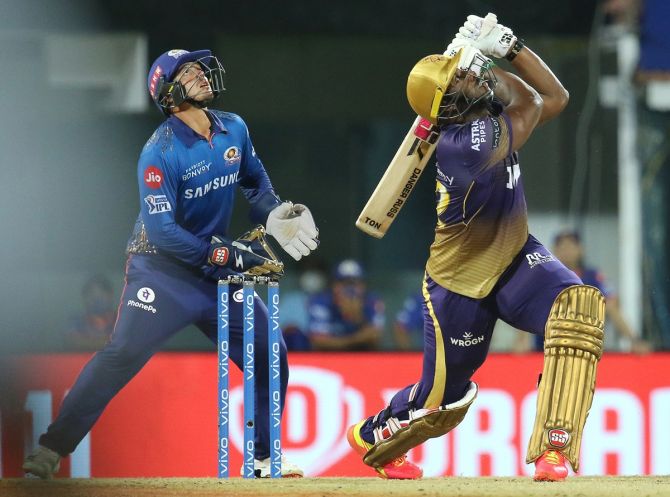 What former cricketers had to say about KKR's shock defeat:

Virender Sehwag: To defend 31 from 30 balls with 7 wickets of the opposition in hand is something which not many sides can defend. Brilliant bowling display from Mumbai.

(KKR Captain) Eoin Morgan had given a statement after the first game that they will play that way (with positive intent) but it didn't look like that when Andre Russell and Dinesh Karthik came in to bat.

The way Russell and Karthik batted, it felt like they planned to take the game till the end and win it. But that didn't happen.

The batters who came before them -- be it Shakib Al Hasan, Eoin Morgan, Shubman Gill or Nitish Rana -- all of them played with positive intent.

Either Rana or Gill should have batted till the end. They had seen what had happened in the MI innings. Despite getting off to a good start Mumbai could only manage 152.

Sanjay Manjrekar: More than the pitch I thought nerves got the better of KKR in the run chase. Should have won this one easily.

Aakash Chopra: How did that just happen? Needed 31 off 30 balls. Lost by 10 runs with three wickets still in the hut. In between, MI dropped Russell twice. Incredible Premier League has given us yet another freakish result.

Venkatesh Prasad: What an incredible turnaround! Got to give it to the @mipaltan. Brilliantly led by Rohit. Special effort from the bowlers to defend 31 in the last 5 overs.

Lisa Sthalekar, retired lady cricketer: Well, they haven't won 5 titles if they don't believe they can win from anywhere. Chahar - take a bow, Bumrah outstanding and Boult adding the finishing touches. #MI are away in this edition. 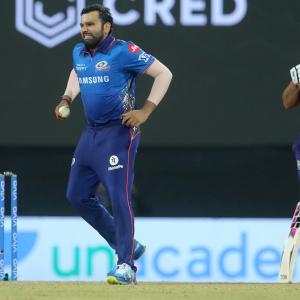 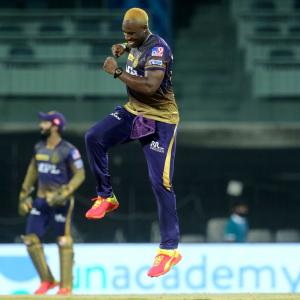