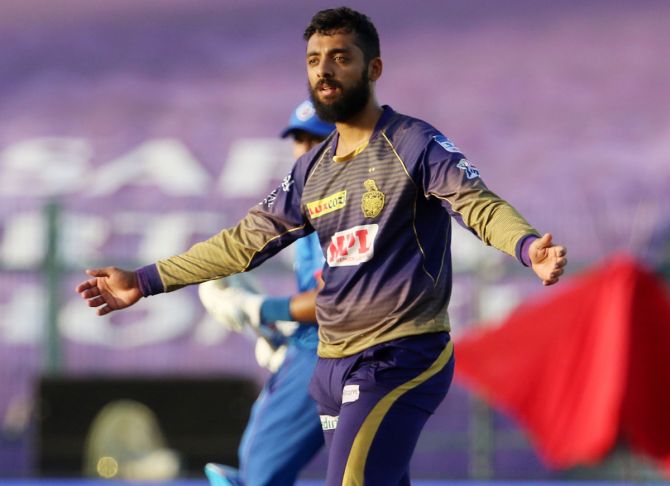 IMAGE: In December, Varun Chakravarthy had to be withdrawn from the India T20 squad for the tour Down Under after suffering an injury. Photograph: BCCI

Spinner Varun Chakravarthy is doubtful for the T20I series against England.

The Kolkata Knight Riders spinner is likely to miss out on a potential India debut for the second time for not performing up to mark in a fitness test, Cricbuzz reported.

BCCI has set new benchmarks for the players -- completing a 2 km run in 8.5 minutes or scoring 17.1 in the Yo-Yo test.

According to the Cricbuzz report, Chakravarthy hasn't done well in either and this could mean he could be left out of the squad.

This is the second time that his India debut has been put on hold.

In December, the KKR spinner had to miss out on an India debut in the series against Australia due to a shoulder injury.

Chakravarthy was at the National Cricket Academy for three months recovering from his injury and is currently training with the KKR team.

Chakravarthy stated that the decision is yet to be formally communicated to him by the BCCI.

"I have not been informed of anything as yet," he said while speaking to Cricbuzz.

Chakravarthy did not play the Syed Mushtaq Ali Trophy and is not part of the Tamil Nadu squad for the ongoing Vijay Hazare Trophy. 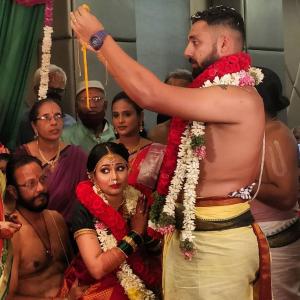 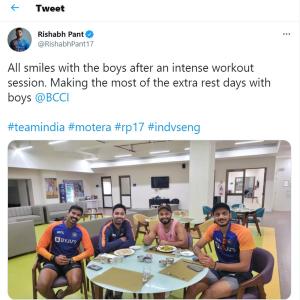