IMAGE: Australia's players celebrate a wicket during the ICC Under-19 World Cup quarter-final match against Pakistan on Friday. Photograph: ICC

Australia became the third side into the ICC Under-19 Cricket World Cup 2022 Super League semi-finals with a comprehensive win over Pakistan. They joined England and Afghanistan in the final four with a 119-run success on a day where batting first was the order of the day.

The United Arab Emirates set a target beyond hosts West Indies on their way to a Plate semi-final success, while Uganda were 35-run winners in the Plate play-off semi-finals against Papua New Guinea.

Australia booked their place in the Under-19 World Cup 2022 Super League semi-finals with a 119-run win over Pakistan thanks to some fine top-order batting.

Half-centuries for Teague Wylie and Corey Miller, as well as 47 from Campbell Kellaway, helped Australia to 276/7 from their 50 overs and that proved far too much for Pakistan in Antigua.

Barring a 50-run partnership for the third wicket, Pakistan were always behind in their chase and eventually crumbled to 157 all out with the wickets shared among the Australian bowlers.

Pakistan won the toss and elected to field, but soon regretted that decision as Kellaway and Wylie (71) put on 86 for the first wicket. IMAGE: Campbell Kellaway stroked 47 to steer Australia to 276/7 from their 50 overs. Photograph: ICC

Kellaway was stumped off the bowling of Qasim Akram (3-40), but that just brought Miller to the crease and he accelerated the run-rate on his way to 64.

Their stand of 101 was brought to an end by Awais Ali, who had Wylie bowled, with Miller following soon after to leave Australia 203 for three with just under ten overs remaining.

Skipper Cooper Connolly chipped in with 33 and William Salzmann cracked a quickfire 25 off 14 balls from No.7 to set a competitive target.

It soon became clear that it would be well beyond Pakistan, with Muhammad Shehzad and Haseebullah Khan both caught behind to leave their side 27 for two in the fifth over.

Abdul Faseeh (28) and Irfan Khan (27) started to rebuild before the latter was bowled by Salzmann (3-37), and the wickets fell at regular intervals from then on.

Australia will face the winner of the quarter-final between India and defending champions Bangladesh on Saturday. A sensational knock from Aayan Afzal Khan helped UAE to one of the greatest results in their history as they beat the West Indies by 82 runs in the Plate semi-finals in Trinidad.

After edging past Uganda by a wicket, UAE endured a torrid start when Shiva Shankar (3/31) struck early and often to leave the visitors scrambling at 26/4

It was at that point that Aayan entered the fray, and his 93 turned the game on its head. While initially wickets continued to tumble, his 103-run partnership with Shival Bawa (51) for the seventh wicket ensured that the Asian would have something to defend.

He was the last man to fall in a first innings effort of 224 for nine, a target that proved far too much for the Windies.

Jash Giyanani (3/21) made the early inroads, with the home side quickly finding themselves 32 for four. And unlike the UAE, they had no Aayan to save the day, as Dhruv Parashar (4/30) picked up the baton with the ball.

In fact the most resistance from the West Indies came from the final pair, Nathan Edward hitting an unbeaten 51 as he and No.11 Isai Thorne put on 70 for the final wicket before fittingly Aayan sealed the win.

UAE will now take on the winner of Ireland against Zimbabwe in the Plate final, while the West Indies take on the loser in the play-off for 11th.

Cyrus Kakuru inspired Uganda to a 35-run victory over Papua New Guinea in the Plate play-off semi-finals in Trinidad.

His 65 was the foundation of Uganda’s 123 all out in a low-scoring affair and Papua New Guinea never really got going in reply, slumping to 88 all out inside 20 overs.

Uganda looked in trouble at 20 for three after electing to bat first, but it was at that point that Kakuru joined his skipper Pascal Murungi.

The captain chipped in with 16, the only other man to make double figures and while John Kariko (5/19) caused chaos, Kakuru motored along to a half-century. He eventually fell caught and bowled to Kariko for 65 off 59 balls with 11 boundaries.

But the reply never really got going, Juma Miyagi (4/29) and Joseph Baguma (3/30) combining to tear through the top order and reduce PNG to 27 for six. There was no way back from there, despite 26 from Junior Morea as PNG fell well short in reply. Uganda will now take on Scotland in the play-off for 13th.

Meanwhile, three UAE players and one India player have received positive PCR test results for COVID-19 through the official event testing programme. The players are currently self-isolating and are being monitored and cared for by the medical team. 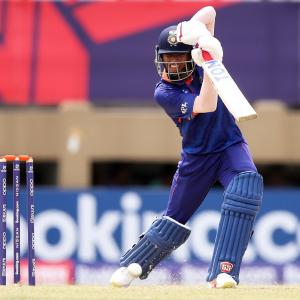 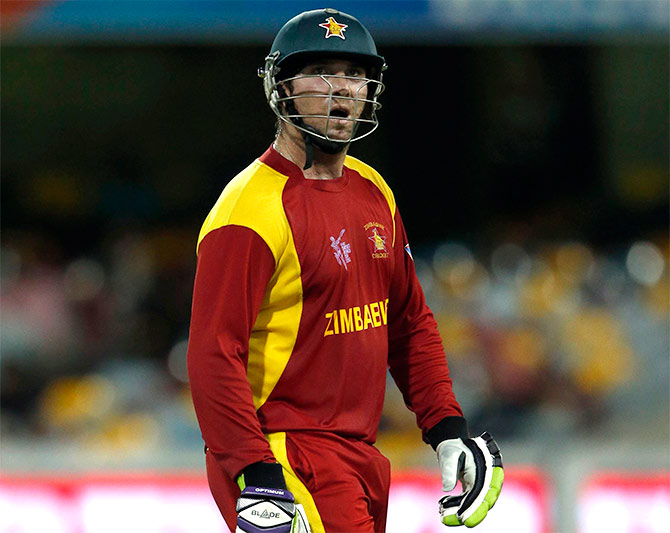