IMAGE: "Former Zimbabwe captain Brendan Taylor has been banned from all cricket for three and a half years after he accepted breaching four charges of the ICC Anti-Corruption Code and, separately, one charge of the ICC Anti-Doping Code," the ICC said. Photograph: PTI

Former Zimbabwe captain Brendan Taylor was on Friday banned for three-and-a-half years by the ICC for failing to report a 2019 spot-fixing approach by an Indian businessman on time and was also handed a one-month suspension for failing a dope test which was linked to his intake of cocaine during the episode.

"Former Zimbabwe captain Brendan Taylor has been banned from all cricket for three-and-a-half years after he accepted breaching four charges of the ICC Anti-Corruption Code and, separately, one charge of the ICC Anti-Doping Code," the ICC said.

On January 24, Taylor made a stunning disclosure that he was blackmailed after "foolishly" taking cocaine during his meeting with an Indian businessman.

Taylor had claimed that he was invited by the businessman to India to discuss "sponsorships" and potential launch of a T20 event in Zimbabwe besides an offer of US$15,000 in October 2019. He did not name the businessman in question and the ICC also identified him as merely Mr S.

The 35-year-old, who played 205 ODIs, 34 Tests and 45 T20s before retiring last year, said he was also given a part payment to spot-fix matches, which, according to him, he never did.

He tested positive for stimulant Benzoylecognine, a cocaine metabolite, which is specified as a Substance of Abuse under the Code. The in-competition test was conducted on Taylor on September 8, 2021 Zimbabwe's match against Ireland.

"This one-month suspension will run concurrently with the suspension of three and a half years under the ICC Anti-Corruption Code. Mr Taylor will be free to resume his involvement in the game on 28 July 2025," the ICC stated.

"Taylor's period of ineligibility was reduced to one month because he was able to establish that he had ingested the substance out of competition, that it was unrelated to sport performance, and because he is currently undergoing a rehabilitation treatment programme."

ICC said the decision is final.

In a heavily redacted report, ICC said Taylor reported the corrupt approach to its Anti-Corrpution Unit on March 31, 2020, which happened the previous November.

Nothing arose from the discussions as Taylor's agent told him he had "a bad feeling" about the person.

The businessman persisted and contacted Taylor again a month later. In October 2019, Taylor travelled to India to discuss "sponsorships" and potential launch of a T20 event in Zimbabwe besides an offer of US$15,000.

"We had drinks and during the course of the evening they openly offered me cocaine, which they themselves engaged in, and I foolishly took the bait. I've gone over it a million times since and still feel sick to my stomach reliving that night and how they played me," Taylor had said earlier.

Taylor said the businessman threatened to release to the media as well to his wife a video of him taking cocaine at his hotel during the trip.

"The following morning, the same men stormed into my hotel room and showed me a video taken of me the night before doing cocaine and told me that if I did not spot fix at international matches for them, the video would be released to the public.

"I was cornered. And with 6 of these individuals in my hotel room, I was scared for my own safety. I'd fallen for it. I'd willingly walked into a situation that has changed my life forever."

During the questioning by the ICC ACU, Taylor said he could make USD 35,000 for engaging in spot fixing in upcoming matches. The businessman handed him US$15,000 cash as part payment and told him that he would receive the rest of the money once the fix occurred.

The businessman contacted him again while he was on tour with

Zimbabwe in Bangladesh in March 2020. After that he decided to report the matter to the ICC.

Taylor stated that it was never his intention to carry out any fixing but he ended up agreeing to the offer and accepting the US$15,000 because he felt he had no choice.

He stated that he only accepted the money because he felt threatened and scared. 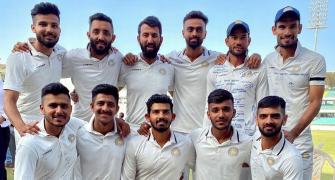 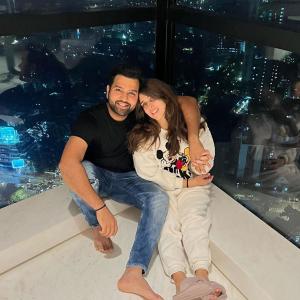