IMAGE: A B de Villiers gets a hug from his Royal Challengers Bangalore skipper after completing his fifty in Saturday's IPL game against the Delhi Daredevils. Photograph: BCCI

It was a 'batting clinic', declared Kevin Pietersen.

Without doubt, there is no better sight in cricket than the legendary duo of Virat Kohli and A B de Villiers firing in unison.

AB and Virat came up with some incredible strokeplay as they smashed the Delhi Daredevils bowlers all around the park to power the Royal Challengers Bangalore to an easy 5 wicket win at the Feroz Shah Kotla, Delhi, on Saturday, May 12, night.

Needing a victory to keep their slim hopes of progressing to the playoffs alive, AB and Virat came together at a critical juncture for RCB.

After being set a huge 183 for victory, RCB were in bother at 18/2 in the third over, having lost their openers Moeen Ali (1) and Parthiv Patel (6).

Virat counter-attacked to rally his team. He went after pacer Junior Dala, hitting him for a six and a couple of fours in the 4th over.

AB Villiers joined the party with regular boundaries, though he took his time to get going.

A boundary off Dala in the 9th over saw Virat race to his 50 off 25 balls before AB hammered Harshal Patel for a boundary and a six off successive deliveries to bring up his 50 from 28 balls.

The duo put on an exhibition of skillful and attacking batting during their match-turning partnership of 118 runs from 64 balls for the third wicket.

By the time Kohli perished after a cracking 70 from 40 balls in the 14th over, the game was firmly in RCB's grasp.

AB finished unbeaten on a brilliant 72 from 37 balls, ending the match in grand style with a huge six over long-off. 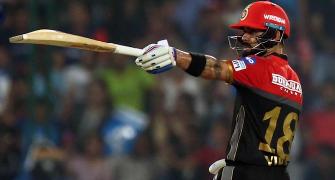 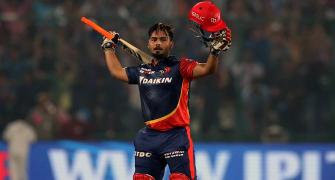 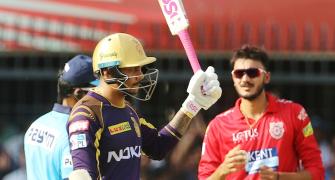 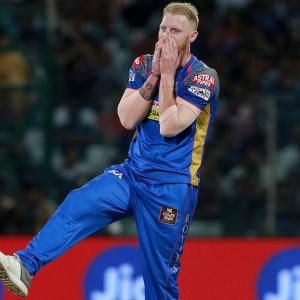 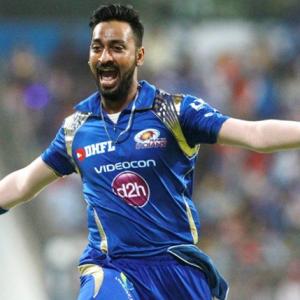 Krunal Pandya takes one step closer to realising his dream