Had Andre Russell's dismissal not been overturned, the outcome could have been different for Kings XI. 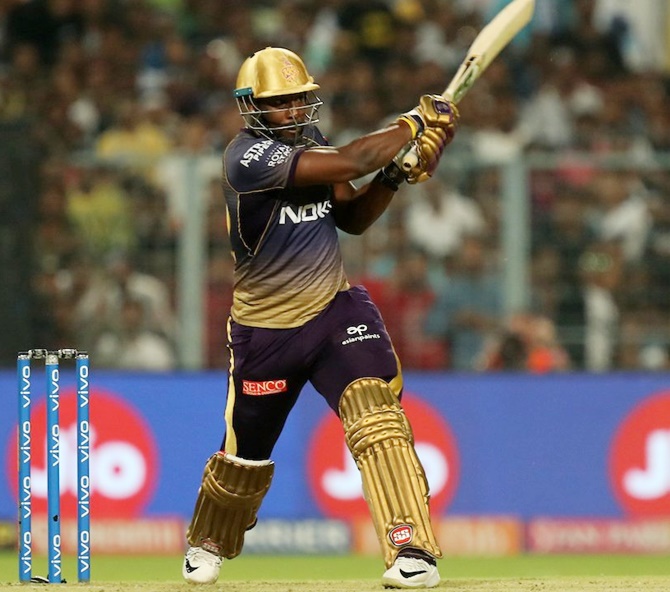 IMAGE: Andre Russell made full use of the reprieve as he hammered 5 sixes and 3 fours from the next 11 balls he faced to bludgeon his way to a 17-ball 48. Photograph: IPL/Twitter

Then Russell ensnared his fellow Jamaican, Mr Universe Boss whose power hitting could have helped Kings XI Punjab win, to ensure that KKR won by 28 runs at the Eden Gardens.

After Lynn and Naraine returned to the dugout after being caught off skiers (Mayank Agarwal and K L Rahul respectively), Nitish Rana, accompanied by Robbie Uthappa, sent the KXIP bowlers to different corners of the most celebrated cricket ground in India.

Just as the Jamaican began his walk to the dugout, the umpires discovered that Ashwin had goofed.

The Kings XI skipper had three fielders inside the inner circle instead of the minimum required four.

Shammi's ball was declared a no ball and Russell returned to the crease.

What followed was pure mayhem.

Ashwin said he would take the blame for the no-ball incident.

Guess it is poetic justice for Ashwin 'Mankading' Jos Buttler in Kings XI Punjab's first game against the Rajasthan Royals in Jaipur on Monday, March 25. 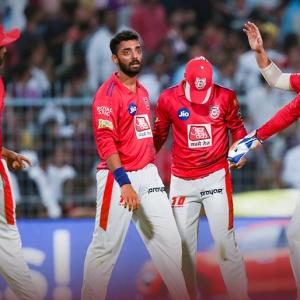 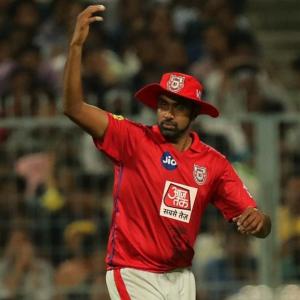