Defending champion India continued their winning streak in the ongoing T20 World Cup for the Blind as they clinched their sixth win of the tournament by thrashing New Zealand by nine wickets in Bhubaneswar at the KIIT Stadium on Tuesday. 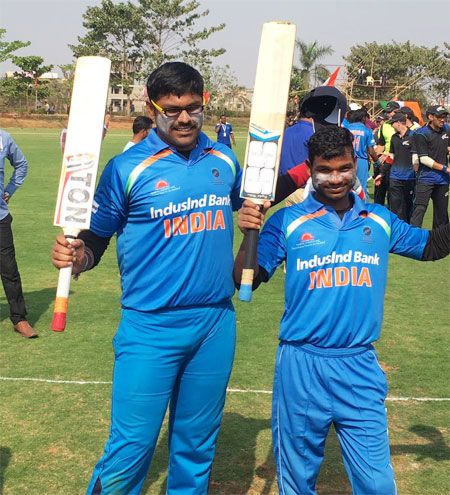 Earlier, Indian bowlers wreaked havoc to restrict New Zealand to a cheap score of 136-6 in their stipulated 20 overs.

Iqbal Jafar bagged two wickets while Ketan Patel chipped in with a wicket.

India will next lock horns with Nepal in Andhra Pradesh on Wednesday.