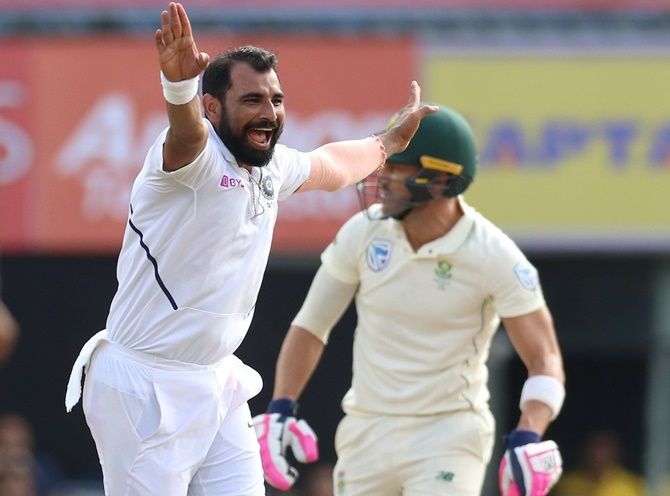 IMAGE: Shami and Umesh kept the situation under pressure with their bowling. Photograph: BCCI/Twitter

While Dean Elgar suffered from concussion, unable to evade an Umesh Yadav bouncer, the likes of Zubayr Hamza, Temba Bavuma wee beaten by sheer pace and the length that they bowled.

"Mohammed Shami and Umesh Yadav both had kept the situation under pressure with their bowling which meant the cricketers weren't getting runs easily," Gavaskar said on Star Sports.

"Another thing, between the fifth and sixth wicket the playing they have done from a little ahead of good length because from there you can trick the cricketers as they don't know where to play – forward or backward."

VVS Laxman on his part was impressed with the speed that pacers generated.

"This match was happening in Ranchi, where fast bowlers cannot catch speed easily but yet their performance was commendable. The Indian team has a good reserve of bowlers such as Bhuvneshwar Kumar and Ishant Sharma that even a team such as England would think what kind of a gameplay to execute in front of the team." 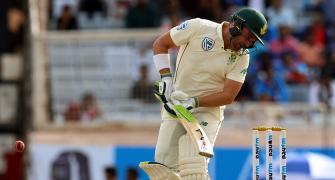 PIX: Elgar suffers concussion, out of action for 6 days 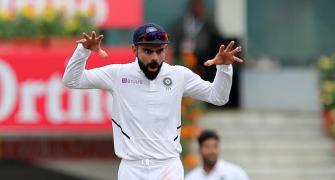 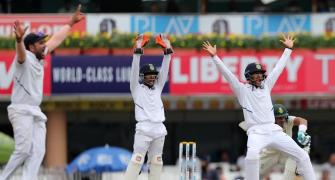 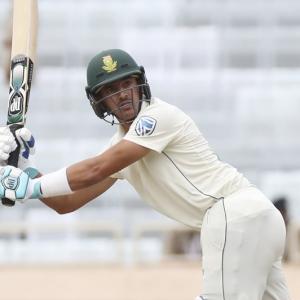 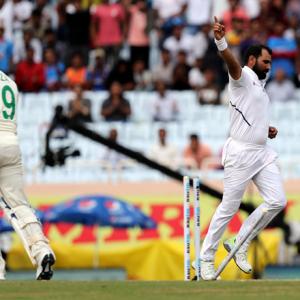