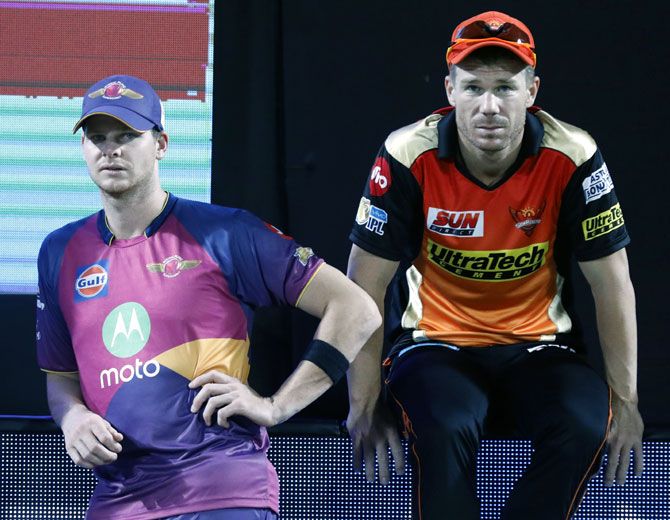 IMAGE: Both, Steve Smith and David Warner are recuperating from injuries and are undergoing rehabilitation. Photograph: BCCI

Former captain Steve Smith and David Warner have been omitted from Australia's one-day squad for the series against Pakistan in the United Arab Emirates as they serve out the final weeks of their ball-tampering bans and recover from elbow injuries.

Their omission from the 15-man squad, which is unchanged from the one currently touring India, means they will need to find form in the Indian Premier League ahead of the World Cup in England starting in late May.

"It has been agreed Steve Smith and David Warner will not be available for selection for the final two matches of the series against Pakistan," head selector Trevor Hohns said in a media release on Friday.

"While their bans will be finished on March 28, Steve and David have been working through rehabilitation from elbow surgery and it has been agreed the best pathway for them to return to play is in the Indian Premier League."

"Cricket Australia will continue to liaise with both Steve, David and their IPL clubs to monitor progress as we build towards the ICC World Cup and the Ashes," selector Trevor Hohns said in a media release.

The pair's ball-tampering bans expire on March 28, which would have made them eligible to play in the final two matches of the UAE series in Dubai on March 29 and March 31.

Smith will play for Rajastan Royals, with Warner to feature for Sunrisers Hyderabad in the IPL, which starts March 23.

The 15-man squad for the World Cup will be named on April 23.

In a blow for Australia's hopes of building momentum for the World Cup in England starting late May, pace spearhead Mitchell Starc has been ruled out of the squad after a setback during his recovery from a left pectoral strain.

"This has ruled him out of the Pakistan series and while frustrating for all involved, our focus is to have Mitch ready for the World Cup," Hohns said.

Starc had already been ruled out of the ongoing ODI series in India, which Aaron Finch-captained Australia currently trail 2-0 ahead of the third match in Ranchi later on Friday.

Fast bowler Kane Richardson has been included in the squad despite returning home from India with a side strain.

The five-match series against Pakistan starts March 22 in Sharjah.

© Copyright 2022 Reuters Limited. All rights reserved. Republication or redistribution of Reuters content, including by framing or similar means, is expressly prohibited without the prior written consent of Reuters. Reuters shall not be liable for any errors or delays in the content, or for any actions taken in reliance thereon.
Related News: Steve Smith, David Warner, IPL, Trevor Hohns, IMAGE
COMMENT
Print this article 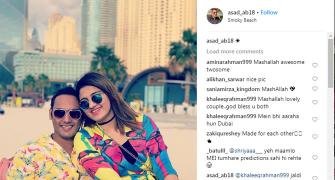 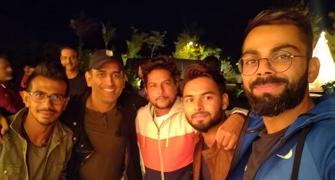 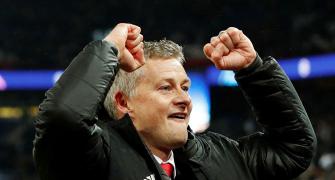 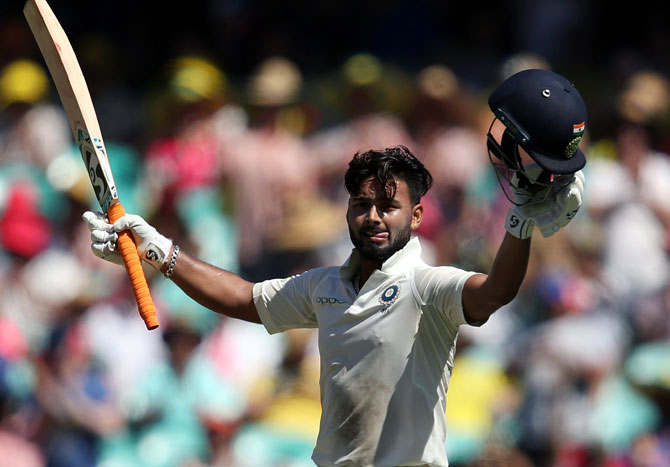