Rajneesh Gupta lists all the important numbers from day one of the Oval Test. 15 Number of times the toss the winning captain has opted to field first in 103 Tests at the Oval (ninth such instance for England).

Only three times have sides won here after putting the opposition in to bat -- England v Pakistan in 1967, Sri Lanka v England in 1998 and England v India in 2014.

11 Number of times James Anderson has dismissed Cheteshwar Pujara in Tests. Only one Indian player has fallen to a particular bowler on more occasions in Tests.

490 The number of innings taken by Virat Kohli to complete his 23,000 runs in international cricket (across formats) -- the fewest by any player.

Virat wrested the record away from Sachin Tendulkar who needed 522 innings to accomplish the feat.

31 Number of balls taken by Shardul Thakur to reach his fifty. The fastest by any batsman in a Test match in England.

Ian Botham held the previous record with a 32-ball fifty against New Zealand, also at The Oval in 1986.

It is also the joint-second fastest by an Indian player in Test cricket, with only Kapil Dev scoring a faster fifty for India.

13 Number of England players who have got out BOWLED in the series -- joint-most for England in a home series against India.

1 First time in six innings in this series that Joe Root won't be the top-scorer in England's innings.

13 Number of wickets falling in the day. The last time more wickets fell on the opening day of a Test match at the Oval was in 1926 when 14 wickets fell in England-Australia Test.

In the 1983 England-New Zealand Test also 13 wickets fell on the opening day. 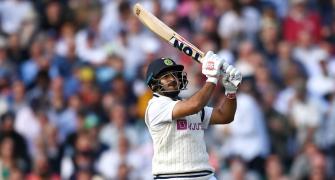 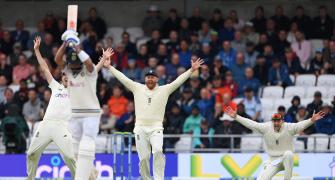 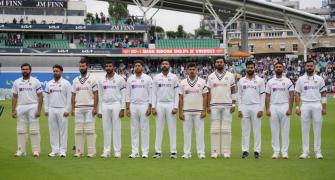 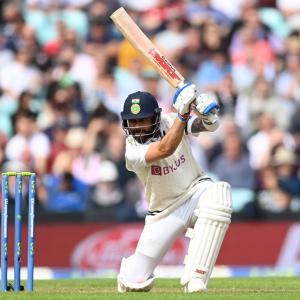