A B de Villiers believes Royal Challengers Bangalore Captain Virat Kohli sets the right example by leading from the front, adding that RCB has a good chance of winning its maiden IPL title season.

De Villiers praises the BCCI for getting the IPL going in the UAE despite the pandemic.

'I think the clarity about the IPL happening came one month back, more or less. BCCI has done a remarkable job in getting the IPL going, we are very excited to play the tournament. I am feeling better than ever so I am looking to be out there with the boys,' de Villiers tells Danish Sait on Bold Diaries: AB de Villiers Unplugged posted on the RCB Instagram feed.

'We have worked so hard, we have a good work ethic, it really feels like everyone has bought into this hard-working environment.'

'The credit needs to go to Virat. He sets the example and leads from the front. It is pretty easy to follow when you have a captain who is always leading from the front, de Villiers points out.

The former South Africa captain believes RCB have a good chance of ending their title drought this season.

'There is a different feel this time, there is back-up everywhere looking at our options. Virat and the coaches can find the best playing XI, there are options in every single department, be it batting, bowling, and fielding,' asserts de Villiers. 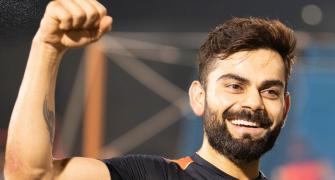 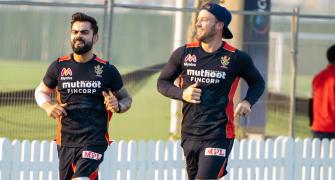 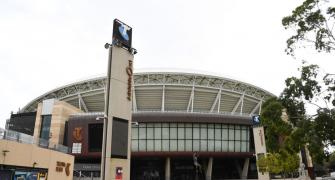