Hailed by many as the 'Last of the Mohicans' in cricket's purest format, Virat Kohli will be focussed on making his 100th appearance memorable while 'white-ball legend' Rohit Sharma plots the demolition of an out-of-depth Sri Lanka as India's 35th Test captain in the series-opener starting, in Mohali, on Friday.

If one looks back at Indian team's journey since its inception in international cricket back in 1932, it has been about stars, superstars, and megastars, who become the reason for the footfall at turnstiles of various stadiums across the country.

It was the case when Sunil Gavaskar scored his 10,000th run, Sachin Tendulkar bade the most emotional farewell that cricket has ever seen and now the spotlight will be firmly on Kohli, whose domineering presence has turned an international match into a footnote.

Kohli is one among 'them' and in a fast-paced world, perhaps the last cricket star who will enjoy an organic following of manic fans.

India was, is and will remain more of a 'cricketer-loving' nation and the social media war-cry that perhaps led to fans being allowed in the stadium from Friday is a testimony to Kohli's immense popularity.

This is his 'Test' and for Kohli, a century to mark a 'century' is something he would be craving, having missed that sense of accomplishment that comes with a three-figure mark for over two years now.

A bowling attack that has the likes of Suranga Lakmal, Lahiru Kumara or Lasith Embuldeniya is perfect for a sumptuous 'five course' Kohli treat with cover drives, on drives, flicks and pulls on the menu.

Gavaskar and Tendulkar couldn't, neither could a Virender Sehwag, Rahul Dravid or VVS Laxman but Kohli is a different beast.

The empty amphitheatre was never meant for him. He feeds off the energy from his fans, and as the undisputed hero of his story, he always finds an antagonist, he is trying to slay.

However, every story has its own set of sub texts and this Test match is as much as a Kohli story as it is about Rohit and his remarkable ascendancy making light of set ideas and templates. IMAGE: Indian team players during a practice session ahead of 1st Test against Sri Lanka at IS Bindra PCA Stadium. Photograph: Vijay Verma/PTI

There is no reference frame to judge how good he will be in a game that's played over five days for six hours.

He is 34 and will surely not be playing white ball cricket for more than three years at a stretch with a demanding calendar.

How he handles a transition phase in Indian cricket, which has started with curtains on careers of Cheteshwar Pujara, Ajinkya Rahane and Ishant Sharma. will have a huge impact on how he is perceived -- just a mere captain or a leader of men.

Does he have it in him to control the ebbs and flows of a Test match where a session changes the complexion or a long partnership can induce frustration?

The proof of the pudding as they say lies in eating and one can only wait to see how he responds to the entirely different dynamics of five-day cricket as captain.

Rohit's tactical acumen has always got him respect from all quarters and the first reflection of it in Test cricket would be how he handles his playing XI.

It is expected that Shubman Gill will be coming in at number three in the place vacated by Pujara and will have to show "intent" which was believed to be missing earlier. Gill has the game to do that.

The tricky position will be the other middle-order slot which Rahane had made his own for the longest time.

There are two candidates and both are deserving. Hanuma Vihari, Indian cricket's new fire-fighter, has always been sent out to bat in difficult overseas conditions and hasn't done badly at all. And this makes him a deserving candidate for a fair run of Test matches.

The other is Shreyas Iyer, a very flashy batter but with some technical glitches, including problems against short ball. He had a good initiation in Test matches with a hundred on debut against New Zealand.

Vihari, if one goes by the pecking order, could be that second middle-order man, who brings in that defensive solidity which is required at times. It also helps that he has a great record against spinners.

But there could be a tactical move of sending Rishabh Pant at number five as he can then take on Sri Lanka's premier left-arm spinner Embuldeniya.

The Lankan batting line-up depends heavily on skipper Dimuth Karunaratne along with old guards Dinesh Chandimal and Angelo Mathews, both well past their prime.

How well they handle Ravichandran Ashwin and Ravindra Jadeja on a pitch that will be dry after being baked by sunshine is a million dollar question.

In a nutshell, one can expect a four-day finish if India bats first and even earlier if they bat second. 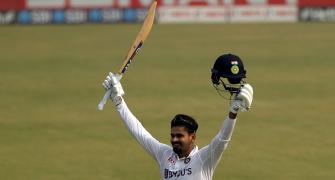 Tendulkar's tribute to Kohli ahead of landmark Test 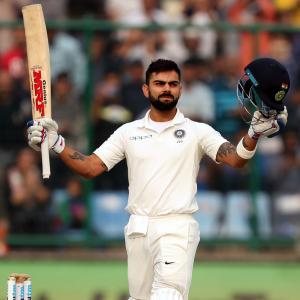 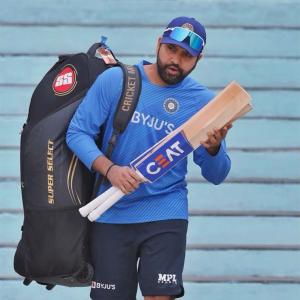 Rohit takes over as Test captain in Kohli's 100th