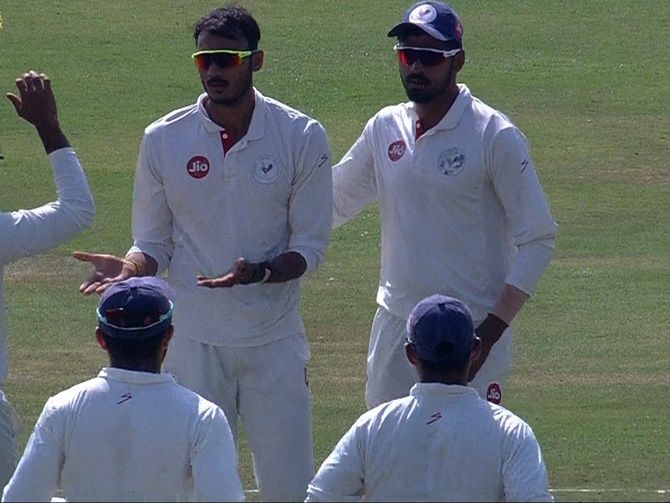 Bengal and Karnataka scripted contrasting wins over Punjab and Baroda respectively to qualify for the Ranji Trophy quarterfinals on Friday.

The results on day three of the final round of Ranji Trophy also knocked Delhi out of the tournament.

Punjab, needing 190 runs for victory, fluffed their run chase to be bowled out for 141, handing Bengal a 48-run victory.

Spinners dominated the game with Bengal left-arm spinner Shahbaz Ahmed picking up four wickets in the second innings to take his match-haul to 11.

It turned out to be enough in a low-scoring game with Punjab getting bowled out in 47. 3 overs. Ramandeep Singh (69 not out off 104) ran out of partners in the end.

Bengal gained six points from the win, pushing them on the top of the standings.

In Bengaluru, Karnataka advanced to the quarterfinals with an eight-wicket win over Baroda.

It was an improved batting effort from Baroda in the second innings after being shot out for 85 on day one. They ended their second innings at 296 all out, setting Karnataka a 149-run target, which the hosts reached in 44.4 overs with the loss of just two wickets.

Karnataka skipper Karun Nair took the team over the line with an unbeaten 71 off 126 balls.

At the Feroz Shah Kotla, Delhi made Rajasthan follow-on after bowling them out for 299 in the first innings in response to their mammoth 623.

Rajasthan captain Ashok Menaria scored a gritty 119 but he did not get support from the other batsmen.

Following-on, Rajasthan were 128 for in their second innings, trailing Delhi by 196 runs.

A seven-wicket haul by Jayant Yadav helped Haryana bounce back into contention on the third day of their Ranji Trophy Group C match against Jammu and Kashmir in Jammu.

The off-spinner took a career-best seven for 58 to bowl out the home team for 174, leaving Haryana to chase 224 for an outright victory.

The home team then picked up five wickets as Haryana finished the day at 103 for five, requiring another 121.

J and K had gained a first-innings lead after bowling out Haryana for 291 in response to their 340.

The home team failed to build on a good start in the second innings with openers Suryansh Raina (38) and Jiyad Magrey (16) putting on 55 runs before Yadav got into the act.

He got the key wickets of Raina, Shubham Khajuria (9) and Shubham Pundir (12) to trigger a collapse.

Captain Parvez Rasool looked good till he was run-out for 29 by Chaitanya Bishnoi.

Senior pro Arpit Vasavada came up with a gritty unbeaten 126 to lead Saurashtra's fightback on the third day of their Ranji Trophy Elite Group B match against Tamil Nadu in Rajkot.

The result of this match would not affect Saurashtra's fortunes as they have already qualified for the knock-outs.

With Karnataka and Bengal winning their respective final league matches, Tamil Nadu are out of the reckoning.

As a result of Vasavada's resolute century, Saurashtra ended the third day at 346/6, adrift by 76 runs.

Tamil Nadu made 424 in the first innings built on N Jagadeesan's knock of 183.

The hosts started the penultimate day on 107/3.

Wicket-keeper Avi Barot (82) and Vasavada (126 not out) stitched together a 108-run stand for the fourth wicket as they tried to rebuild the innings after top-order collapse on the second day.

Barot missed his hundred by 18 runs as he edged to wicket-keeper Jagadeesan off right-arm medium pacer K Vignesh.

Another right-arm medium pacer M Mohammed removed Samarth Vyas (10) cheaply as the hosts lost half of their side for 213.

Young left-arm spinner M Siddharth then trapped Prerak Mankad (13) in front of the wicket even as Vasadava appeared to be running out of partners.

The 31-year old Vasavada notched up his sixth first-class hundred and then found an able allay in number eight Chirag Jani (47 not out) as the two forged an unbroken 104-run stand for the seventh wicket. The duo negated the challenge of the TN pacers and spinners.

Vasavada hammered 13 fours and one six so far and his first target would be to secure the first-innings lead for the home team as an outright result looks difficult.

Meanwhile, at the M Chinnaswamy Stadium in Bengaluru, Karnataka defeated Baroda by eight wickets to qualify for the knockouts.

For Karnataka, skipper Karun Nair struck an unbeaten 71 as they chased down the 149-run target in 44.4 overs and a day to spare.

Karnataka had taken a firm grip on the game right from day one after bundling out Baroda for 85.

Meanwhile in Mumbai, the hosts who are already out of the tournament, took the first-innings lead against Madhya Pradesh.

Opener Hardik Tamore slammed his maiden first-class hundred as Mumbai set an imposing 408-run target for MP, who ended the third day at 44/2. 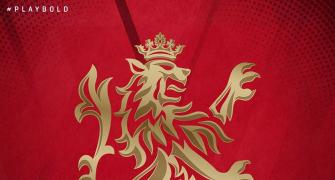 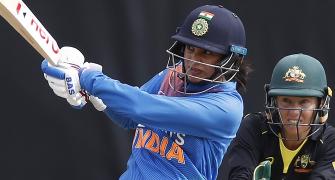 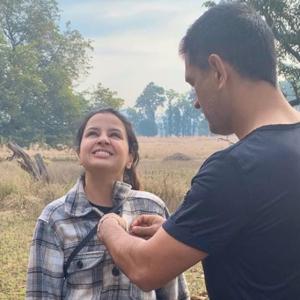 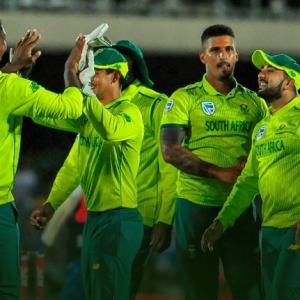