Former India opener WV Raman is all set to re-apply for the head coach's post of the Indian women's cricket team as the BCCI is looking at empowering the incumbent with more responsibilities.

The Indian cricket board has published the advertisement on its website as per the requirements of its new constitution which states that the ending of every contractual agreement should be followed by seeking fresh applications.

It is believed that the senior team head coach will also have a considerable say in the roadmap for the women's A, U-19 and NCA teams.

"As far as I know, WV will be applying for the post. Under his guidance, the women's team reached the finals of the World T20. And don't forget this series against South Africa was the first in one year. He is well within his rights to re-apply and I believe he remains a strong contender," a senior BCCI official told PTI on conditions of anonymity.

With the women's ODI World Cup scheduled in New Zealand in less than a year's time and a full tour of England in June-July, it will be interesting to see if the BCCI, which has always believed in continuity, persists with the stylish former southpaw or looks at other options.

"Whoever is the new head coach will have more say as we plan to develop a robust A and U-19 team before we can start a full-fledged six or eight-team women's IPL. And who better than the new chief coach to monitor a smooth transition from U-19 to senior level for the girls," the official said.

The BCCI will also have a fresh set of junior selectors with the ICC U-19 World Cup set to be held next year. The appointments to replace the Ashish Kapoor-led committee was delayed because of the pandemic which also led to the age-group cricket being postponed.

However, it is understood that the U-19 One Day Championship for the Vinoo Mankad Trophy will start at the end of May or early June.

The junior selection committee will also be in charge of selecting the U-23 Emerging India squad.

For the junior selection committee, the criteria is a minimum of 25 first-class games and also retired from competitive cricket for at least five years.

Source: PTI© Copyright 2021 PTI. All rights reserved. Republication or redistribution of PTI content, including by framing or similar means, is expressly prohibited without the prior written consent.
Related News: U-19, BCCI, WV Raman, NCA, PTI
SHARE THIS STORYCOMMENT
Print this article 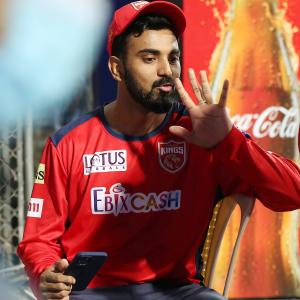