Images from Day 5 of the second Test between England and Pakistan at the Rose Bowl, in Southampton, on Monday IMAGE: Joe Root of England and Azhar Ali greet at the end of the second Test match. Photograph: Gareth Copley/Getty Images for ECB

Zak Crawley struck a half-century as England and Pakistan played out a tame draw in their rain-hit second Test at the Rose Bowl on Monday.

Only 134.3 overs were possible in the entire match, which included a 38 over spell late on the fifth afternoon as the sun finally came out, with England finishing on 110 for four before the game was called off with no prospect of a result. IMAGE: Zak Crawley walks off after being dismissed for 53. Photograph: Glyn Kirk/Pool via Getty Images

Crawley scored 53, his third Test half-century, before he was out leg before wicket to Mohammad Abbas (2-28) having put on 91 with Dom Sibley (32) for the second wicket, both gaining valuable time at the crease ahead of the third and final Test that starts at the same venue on Friday. 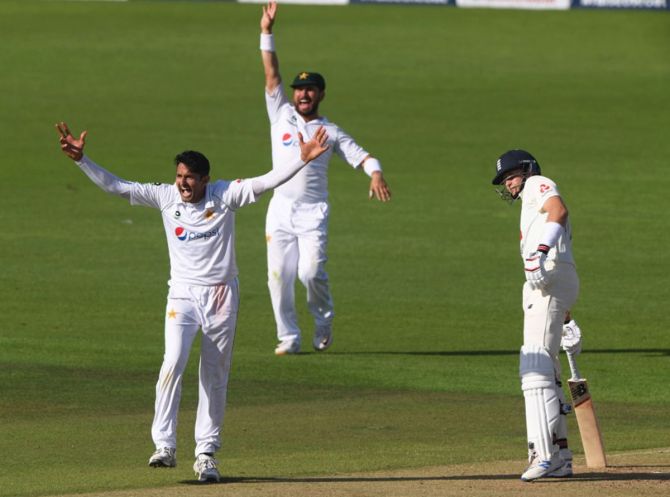 Opener Rory Burns (0) and Ollie Pope (9) were the other two batsmen dismissed. Pakistan had won the toss and elected to bat, posting 236 in their first innings.

England won the first Test in Manchester by three wickets, with this draw ending their run of three successive Test wins after beating the West Indies 2-1 in their series played last month.

© Copyright 2021 Reuters Limited. All rights reserved. Republication or redistribution of Reuters content, including by framing or similar means, is expressly prohibited without the prior written consent of Reuters. Reuters shall not be liable for any errors or delays in the content, or for any actions taken in reliance thereon.
Related News: IMAGE, Reserve Umpire Martin Saggers, BST, Pakistan, England
SHARE THIS STORYCOMMENT
Print this article 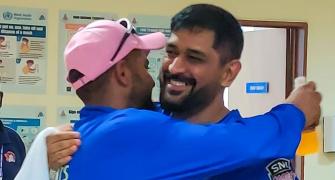 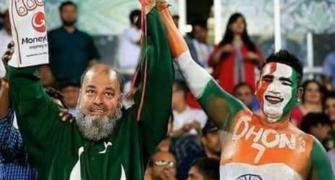 'Dhoni has retired, so have I' 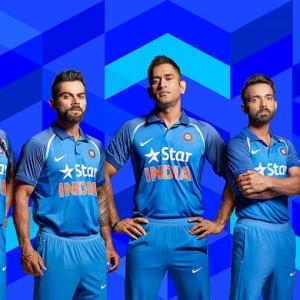 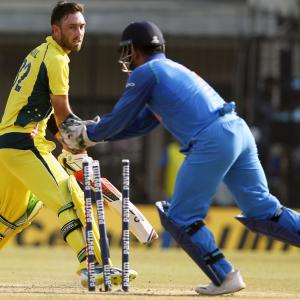 'Dhoni was a more natural keeper compared to others'