IMAGE: India openers K L Rahul, left, and Rohit Sharma wait for the review after the former is caught behind off England pacer James Anderson during Day 3 of the fourth Test, at The Kia Oval in London, on Saturday. Photograph: Julian Finney/Getty Images

India opener KL Rahul was fined 15 per cent of his match fee on Sunday for showing dissent at the umpire's decision after being adjudged caught behind following a DRS review, on the third day of the fourth Test against England, at The Oval.

The incident occurred in the 34th over of India's second innings on Saturday. Rahul scored a patient 46 off 101 balls before being caught off James Anderson.

Anderson bowled a peach of delivery that rose from full length and got a faint edge, which went straight into the gloves of wicketkeeper Jonny Bairstow.

India's opener wasn't happy about the decision, and gestured that the spike in ball tracker was his bat hitting the pad. However, television replays suggested that it was a correct decision.

It was a breach of Level 1 of the ICC Code of Conduct.

"Rahul was found to have breached Article 2.8 of the ICC Code of Conduct for Players and Player Support Personnel, which relates to showing dissent at an Umpire's decision during an International Match," read a statement from the ICC.

In addition to this, one demerit point has been added to the disciplinary record of Rahul, for whom it was the first offence in a 24-month period.

Rahul admitted the offence and accepted the sanction proposed by Chris Broad of the ICC Elite Panel of Match Referees. There was no need for a formal hearing.

When a player reaches four or more demerit points within a 24-month period, they are converted into suspension points and a player is banned.

Two suspension points equate to a ban from one Test or two ODIs or two T20Is, whatever comes first for the player.

Demerit points remain on a player or player support personnel's disciplinary record for a period of 24 months from their imposition following which they are expunged. 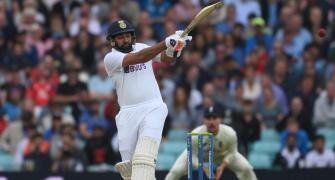 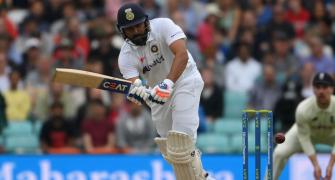 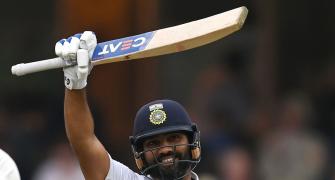 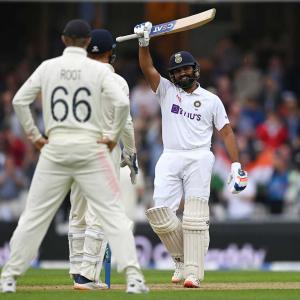