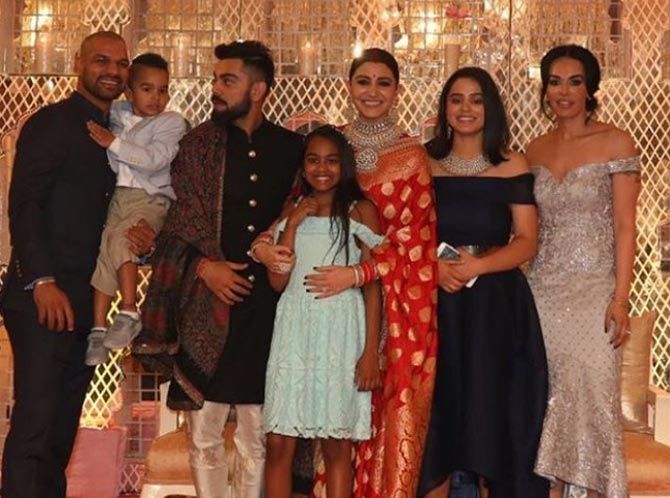 IMAGE: Virat Kohli and Anushka Sharma with Shikhar Dhawan and his family at their wedding reception in New Delhi on Thursday. Photograph courtesy: Aesha Dhawan/Instagram

The reception was held at the Taj Enclave Hotel in Chanakyapuri. 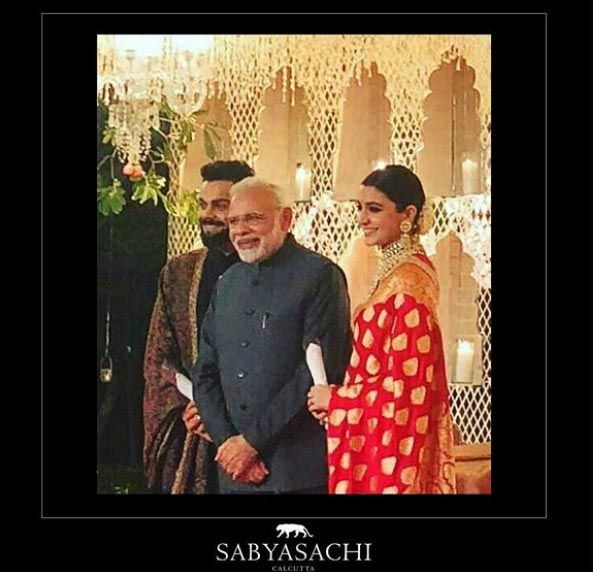 It was mainly being hosted for family members and friends who weren't able to make it for their wedding in Italy. 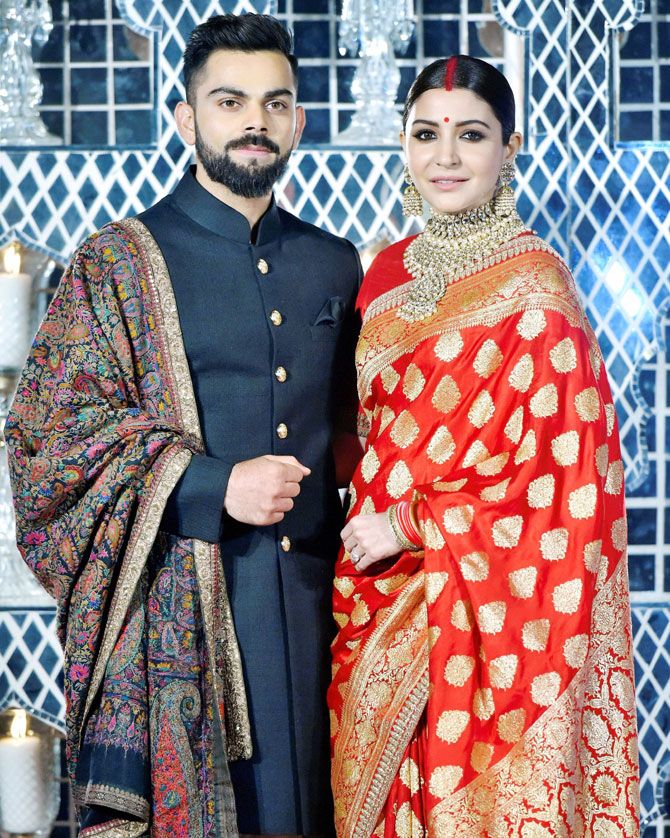 The Indian cricket captain and his wife, Bollywood actor Anushka Sharma --  her hair tied in a bun and the middle parting filled with a thick lining of sindoor -- looked like characters out of a Rajshri production, with all the opulence in view. 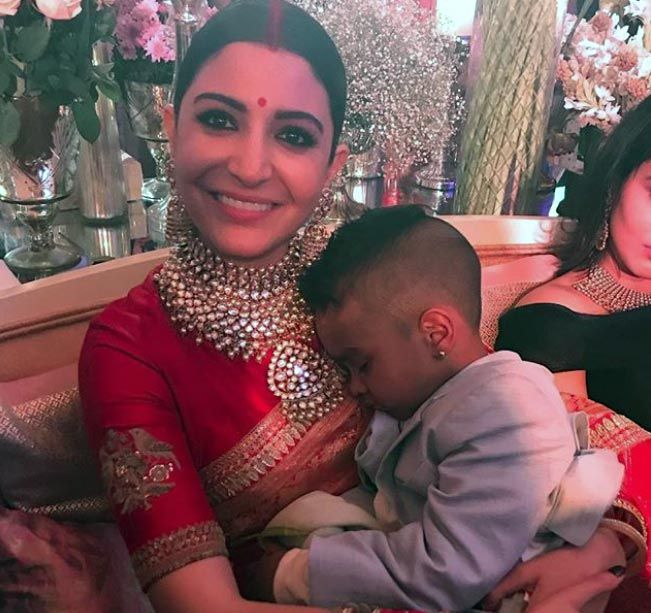 Virat and Anushka, who tied the knot in Italy last week, met Prime Minister Narendra Modi, on Wednesday, to invite him for their wedding reception. 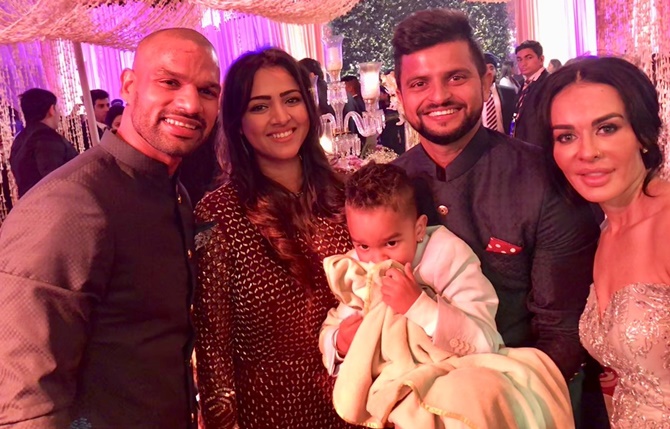 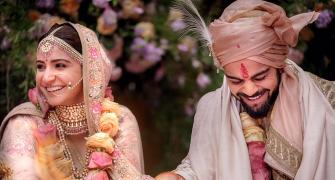 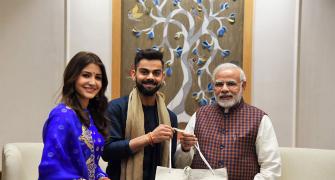 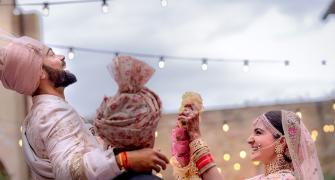 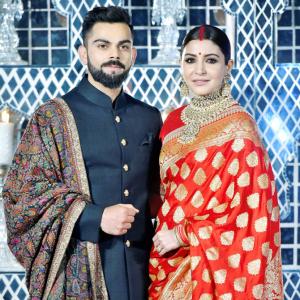