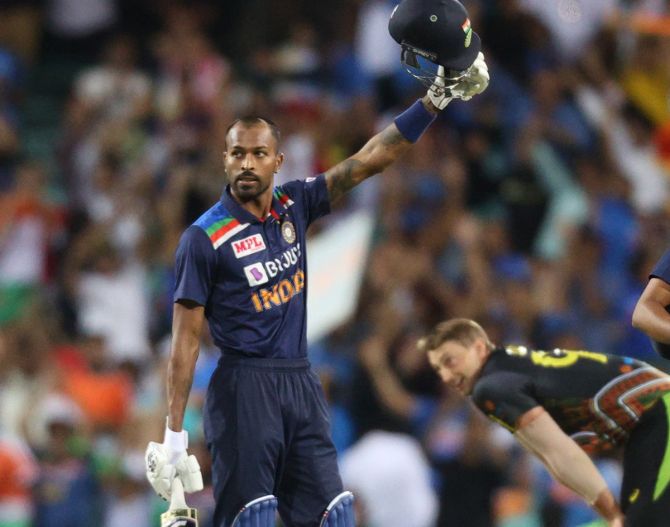 Hardik Pandya smashed two huge sixes in the final over to give India a dramatic six-wicket Twenty20 victory over Australia on Sunday, sewing up the three-match series for the tourists with a game to spare.

Chasing 195 for victory, India needed 14 runs from the last over and Pandya delivered with two runs off the first ball and sixes off the second and fourth deliveries, the latter flying deep into the stands at the Sydney Cricket Ground.

Australia's bowling attack, making do without Mitchell Starc, Josh Hazlewood and Pat Cummins, had kept the contest tight. But debutant Daniel Sams was unable to contain Pandya, who finished with 42 runs off 22 balls and was named Man of the Match. 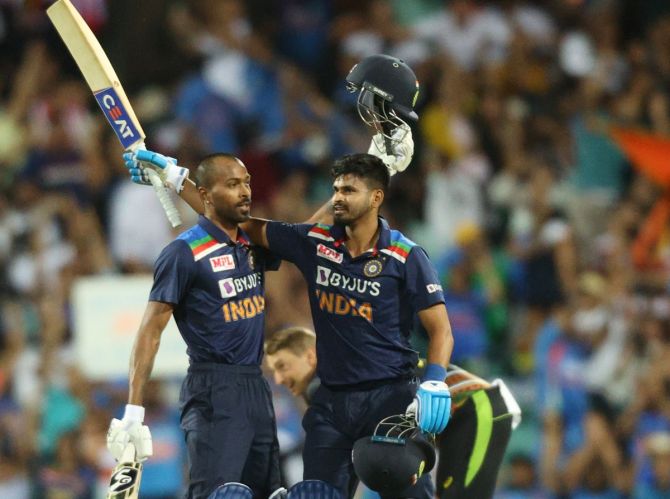 "It's fantastic," said Pandya. "I just wanted to finish it early, I don't like it when it goes down to the wire."

The victory brought delight to a crowd mostly supporting the tourists and, after Friday's 11-run victory in Canberra, secured the series ahead of Tuesday's third and final match in Sydney.

Openers Shikhar Dhawan (52) and KL Rahul (30) had given the tourists a strong start, and when skipper Virat Kohli took up the mantle, it looked like India might reach their target with some ease. 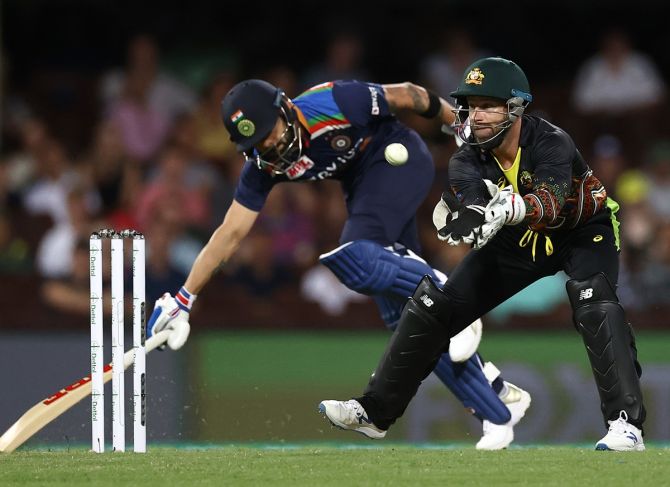 Kohli looked in great shape as he stroked the ball around the ground, but his innings ended on 40 after he chased a high, wide delivery and was caught behind to give Sams a notable first international wicket.

Earlier, with Aaron Finch ruled out by a hip injury, Matthew Wade was named Australia's 11th Twenty20 captain, and he led from the front with a typically aggressive 32-ball 58. 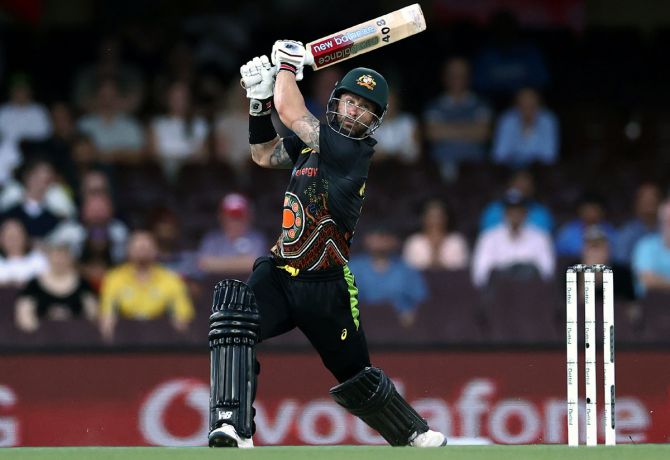 Opening with D'Arcy Short, the wicketkeeper-batsman smashed 10 fours and a six to lay a decent platform for Australia's innings before being run out in farcical circumstances, caught ball-watching as Kohli dropped him at cover but collected the ball and hurled it in to Rahul at the stumps.

Steve Smith, whose leadership credentials have been ignored since completing his ban for his part in the Newlands ball-tampering scandal, went on to make a solid 46 before he was caught by a juggling Pandya on the boundary.

Glenn Maxwell delivered a 13-ball 22, but the innings stalled in the middle overs and Australia were grateful to Marcus Stoinis and Sams for the 17 runs they plundered off the last over to take the tally to a competitive 194 for five.

Seamer T Natarajan, who impressed on debut with 3-30 in the series opener, was again the pick of the Indian bowlers with figures of 2-20 from his four overs.

© Copyright 2021 Reuters Limited. All rights reserved. Republication or redistribution of Reuters content, including by framing or similar means, is expressly prohibited without the prior written consent of Reuters. Reuters shall not be liable for any errors or delays in the content, or for any actions taken in reliance thereon.
Related News: Hardik Pandya, Daniel Sams, IMAGE, Matthew Wade, Virat Kohli
SHARE THIS STORYCOMMENT
Print this article 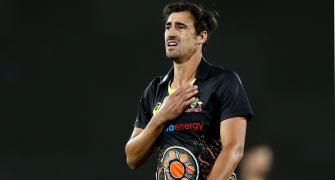 Blow for Australia as Starc pulls out of India T20Is 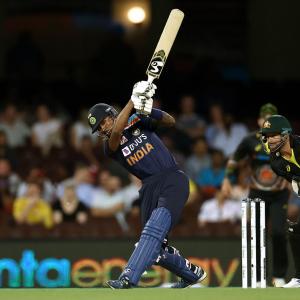 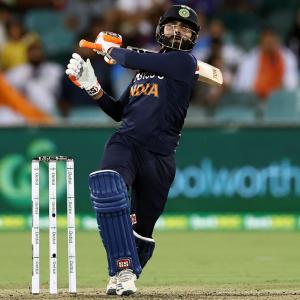