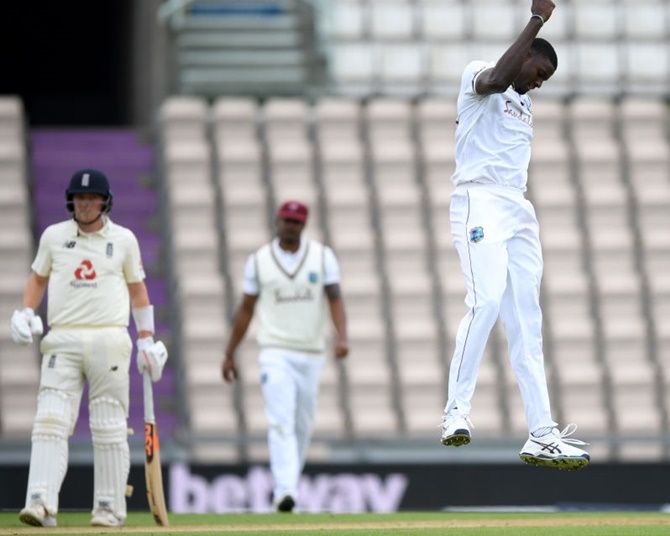 West Indies captain Jason Holder posted career-best test bowling figures with six wickets as his side dominated the second day of the first Test against England on Thursday.

Making full use of the murky conditions, all-rounder Holder took six for 42 and paceman Shannon Gabriel claimed four wickets as England were dismissed for 204. 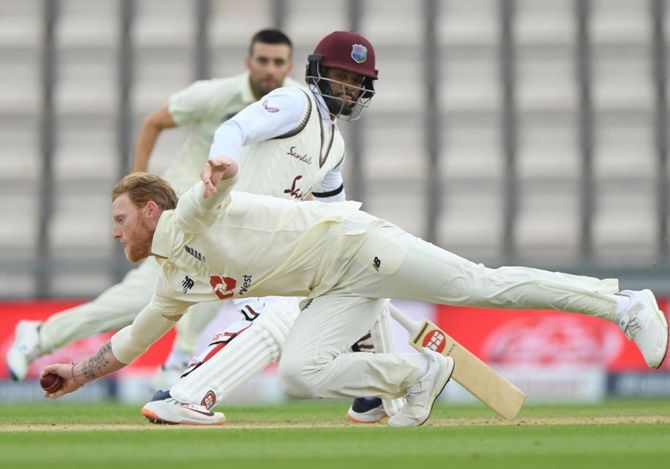 Ben Stokes, captaining England for the first time in the absence of Joe Root, top-scored with 43 but might be regretting his decision to bat first having won the toss.

West Indies showed great discipline and rode their luck at times in reply as they reached 57-1 to put themselves in a decent position going into the third day at the Ageas Bowl when an improving weather forecast should make batting easier. 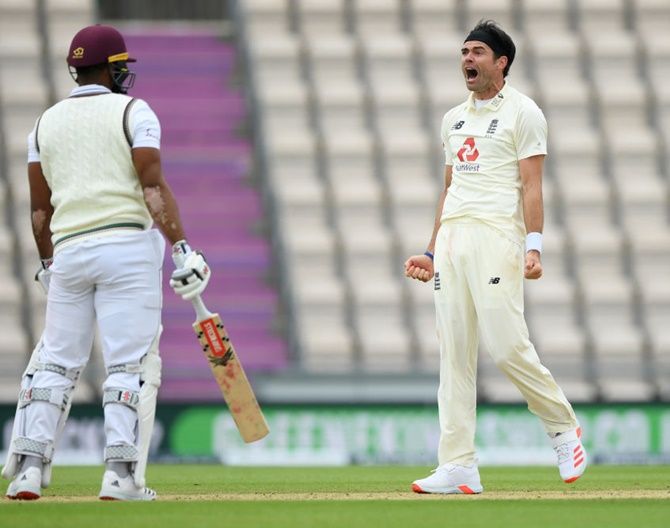 England are hosting the first international cricket-match after a 117-day absence because of the COVID-19 pandemic. 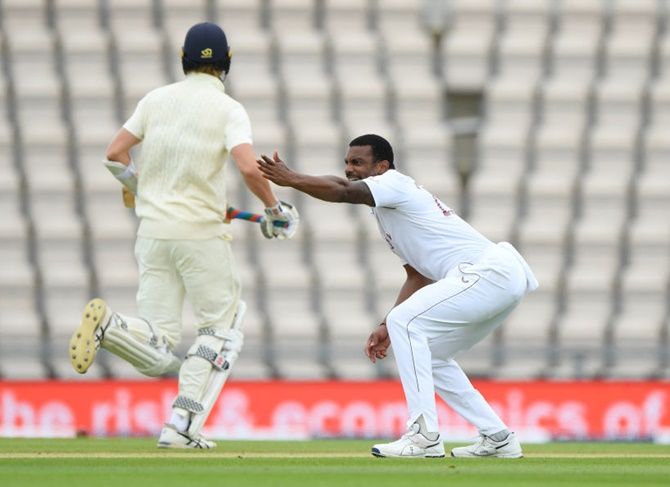 England began the day on 35 for one after 17 overs were completed on Wednesday, but Gabriel struck twice in the first hour having removed Dom Sibley on day one.

In the sixth over he got a 90mph delivery to nip back and splatter Joe Denly’s off stump and in his next over the 32-year-old trapped Rory Burns (30) in front of his stumps with a full delivery that was given lbw on review.

Stokes started confidently, pulling Gabriel to the boundary, but Zak Crawley struggled to 10 before Holder claimed his first wicket, angling one back in to strike the pad.

Again the on-field umpire turned down the appeal, but Holder’s decision to review proved correct. 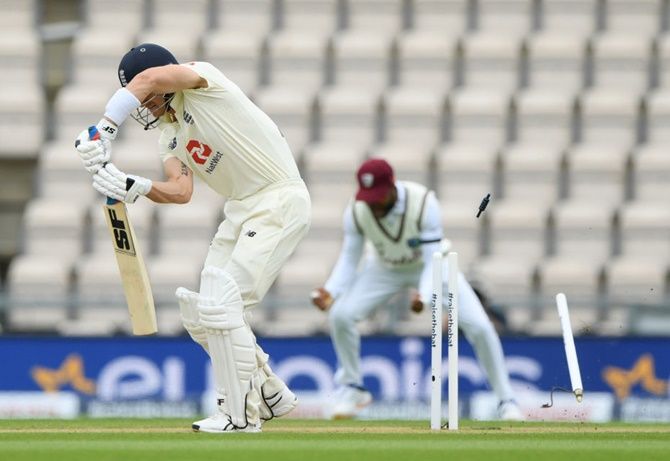 Stokes got lucky before lunch when he was dropped at long leg by Kemar Roach, hooking Alzarri Joseph, as he and Jos Buttler launched a 67-run counter-attack.

The series has been touted as a battle of the world’s best two all-rounders and Holder drew first blood when he induced a nick behind from Stokes to dismiss him on 43. 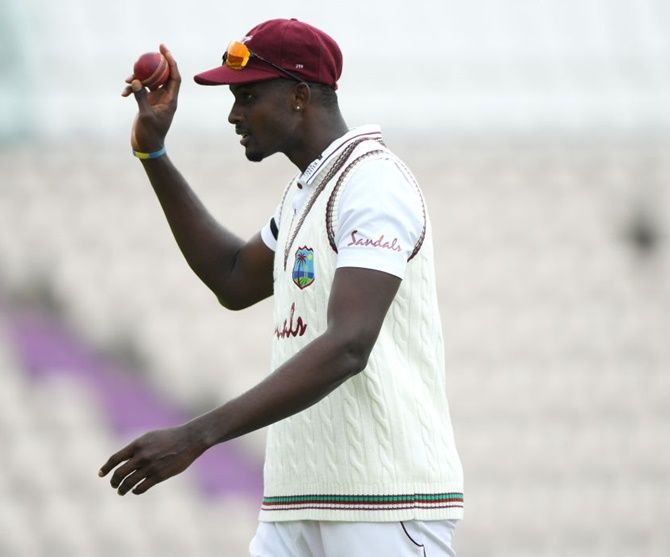 There was more joy for Holder as Buttler got a thick edge to a peach of a delivery and Dowrich took a diving catch to leave England on 157-7. Holder trapped Jofra Archer lbw for a duck and grabbed his sixth wicket when Wood was caught at gully by Hope.

West Indies opener Campbell was twice reprieved off a frustrated Anderson — making it five successful reviews out of five for the visitors, before his luck finally ran out.

England could make no further inroads, though, and West Indies were much the happier side when bad light stopped play.

© Copyright 2021 Reuters Limited. All rights reserved. Republication or redistribution of Reuters content, including by framing or similar means, is expressly prohibited without the prior written consent of Reuters. Reuters shall not be liable for any errors or delays in the content, or for any actions taken in reliance thereon.
Related News: Shannon Gabriel, ECB, Rory Burns, England, Jason Holder
SHARE THIS STORYCOMMENT
Print this article 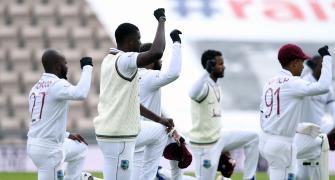 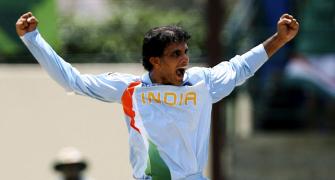 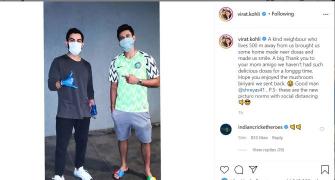 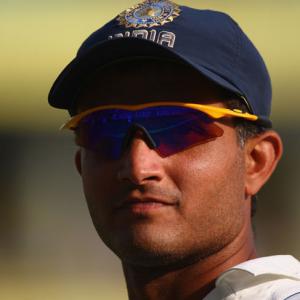 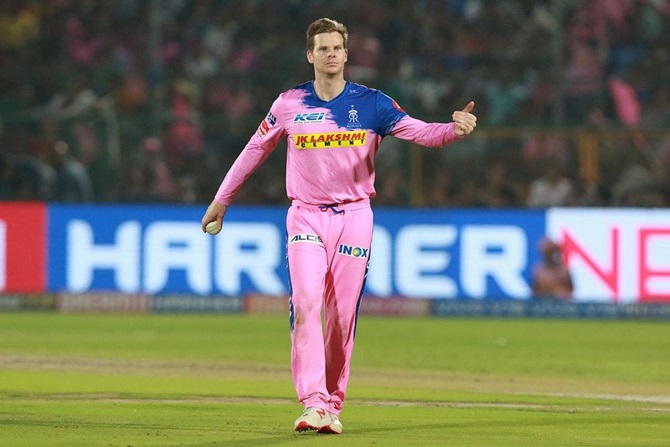