Images from Day 1 of the second Test between New Zealand and India in Christchurch on Saturday. 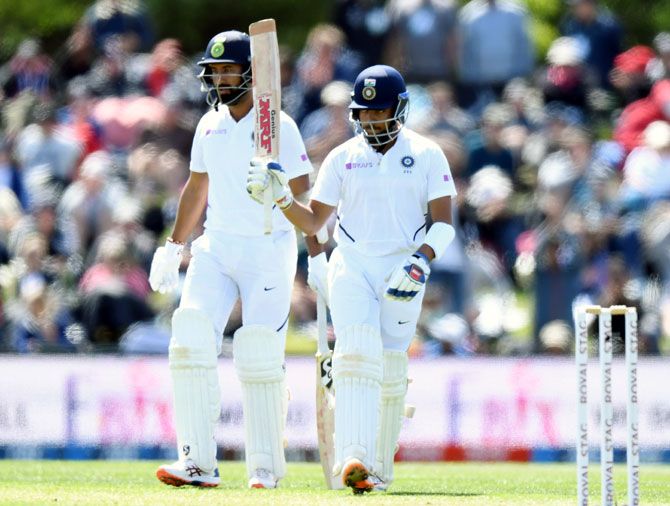 IMAGE: Prithvi Shaw celebrates after completing his half-century on Day 1 of the second Test against New Zealand, in Christchurch, on Saturday. Photograph: Kai Schwoerer/Getty Images

India’s batsmen showed intent but reckless shot selection saw them muster just 242 in the first innings on an eventful opening day in the second Test against New Zealand, at the Hagley Oval, in Christchurch, on Saturday.

Prithvi Shaw (54) and Cheteshwar Pujara (54) hit contrasting half-centuries to take the fight to the rival camp.

However, Hanuma Vihari's (55 off 70 balls) dismissal at the stroke of tea tilted the scale New Zealand's way as they gained a clear upper-hand by stumps.

Kyle Jamieson (5/45), in an inspired post-tea spell, blew away the middle and lower-order to finish with a maiden five-wicket haul in only his second Test.

The hosts ended the day on 63 for no loss, with both the Toms – Latham (27 batting) and Blundell (29 batting) hardly troubled by the Indian pacers.

The pitch will be best for batting on Days 2 and 3. For Virat Kohli and his men, the catch-up game starts from the second day itself as ignominy of a 0-2 series defeat looms large. 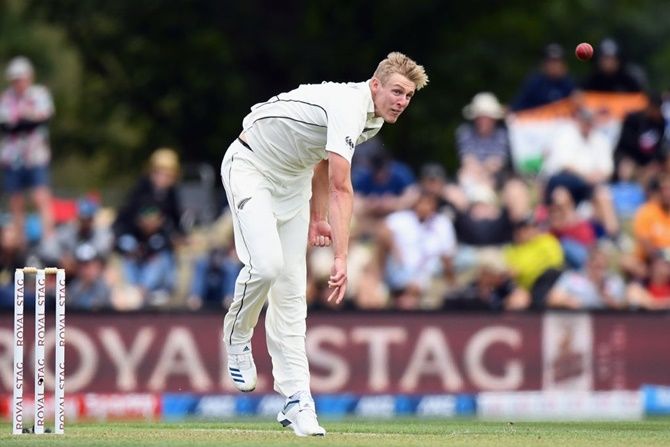 India’s last five wickets fell for the addition of only 48 runs, of which 26 were contributed by the last-wicket pair of Mohammed Shami (16) and Jasprit Bumrah (10).

Earlier, Shaw's attacking half-century was complemented by contrasting knocks from the seasoned Pujara and gutsy Vihari.

While Shaw counter-attacked for a quickfire 54 off 64 balls, Pujara showed his customary patience (54 off 140 balls) in the company of a calm Hanuma Vihari (55 off 70 balls) as India displayed both intent and guts to fight it out on a seamer-friendly wicket.

Pujara and Vihari added 83 runs for the fifth wicket after India were in dire straits, having lost skipper Kohli and his deputy Rahane to some top-quality seam bowling from Tim Southee (2/38). From 80 for 1, India slumped to 113 for four just after lunch before the Pujara-Vihari pair fought back with vigour.

The Andhra batsman counter-attacked Neil Wagner's (1/29) short balls before being dismissed by one such delivery at the stroke of tea. 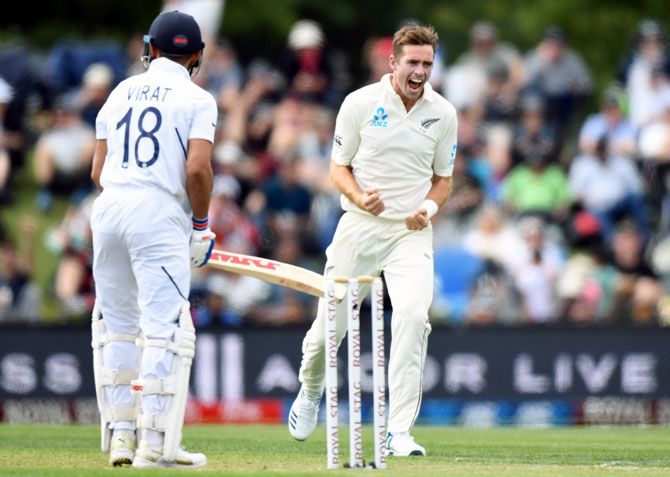 Put in to bat on a green-top, the Indian batsmen, especially Shaw, got value for his shots. His 54 off 64 balls had eight fours and a hooked-six off Wagner.

A rush of blood just after reaching his half-century brought about his downfall.

Shaw lunged into a drive to an over-pitched delivery from Jamieson and Tom Latham at second slip plucked a one-handed stunner from thin air.

The other opener, Mayank Agarwal (7), wasted a DRS as he was plumb in-front to an incoming delivery from Trent Boult (2/89). 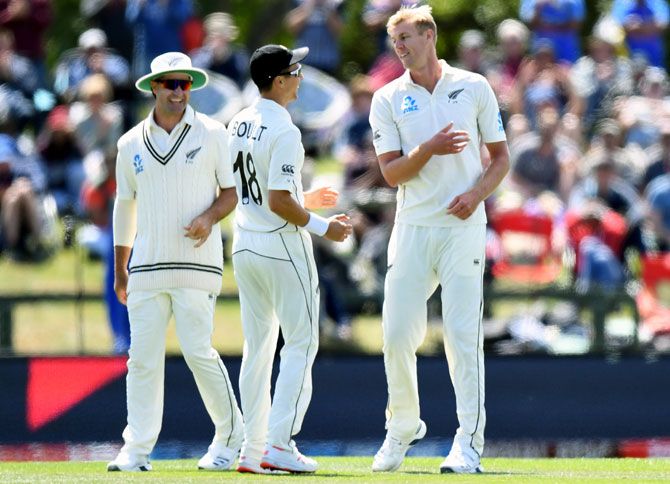 The 50-run stand between Shaw and Pujara was dominated by the talented Mumbaikar, who hit some delightful drives off Southee and Colin de Grandhomme.

The bounce and carry made it easier to hit on the rise and Shaw's improved footwork saw him drive elegantly through the covers.

There were square drives and a few on-drives while he also played and missed a few. He did live dangerously but, more importantly, had the scoreboard ticking even as Pujara was stuck at the other end.

Wagner wasn't used much with the semi-new kookaburra ball and it was his bouncer that Shaw hooked well-enough to evade the 6 foot 8 inch Jamieson for maximum.

© Copyright 2021 Reuters Limited. All rights reserved. Republication or redistribution of Reuters content, including by framing or similar means, is expressly prohibited without the prior written consent of Reuters. Reuters shall not be liable for any errors or delays in the content, or for any actions taken in reliance thereon.
Related News: Kyle Jamieson, New Zealand, Prithvi Shaw, Trent Boult, India
SHARE THIS STORYCOMMENT
Print this article