Images from the ongoing T20 International between Ireland and India in Malahide, Ireland 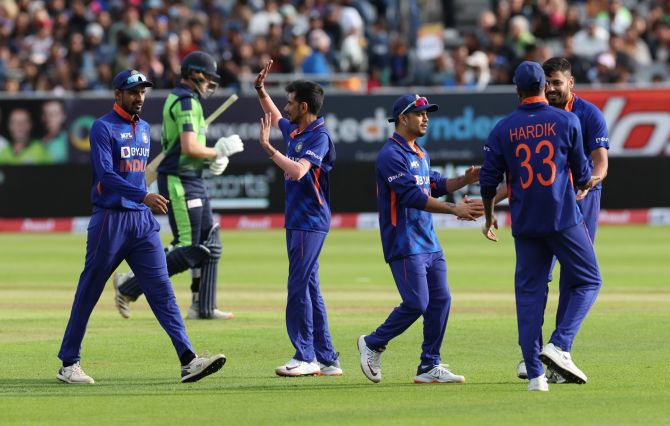 Ireland put up a spirted fight but India proved too strong for the home team to win the rain-hit opening T20I by seven wickets in Malahide on Sunday.

Harry Tector's counter-attacking 64 not out off 33 balls took Ireland to 108 for four after the rain reduced the game to 12 overs a side.

India were always ahead of the run rate in the chase and with contributions from Ishan Kishan (26 off 11), Deepak Hooda (47 not out off 29) and skipper Hardik Pandya (24 off 12), cruised to victory in 9.2 overs. Kishan continued his good form to get India off to a quick start. The first over of the innings went for 15 runs as Kishan collected couple of fours and a six off Joshua Little.

In a rather surprising move, Deepak Hooda came to open alongside Kishan in place of Ruturaj Gaikwad.

He found his rhythm after a scratchy start and put up a match winning 64-run stand with Hardik.

Just when it seemed Indian were running away with the contest, Craig Young got rid of Kishan and Suryakumar Yadav (0) in successive deliveries to raise hopes for his team. Kishan's stumps were rattled in another attempt to get a full ball out of the park.

Returning to the side after an injury break, Suryakumar got a beauty first up that seamed back to trap him in front of the stumps. However, Hardik and Hooda kept going for their strokes and a 21-run over from Andy Mcbrine put India back in control. While Hardik departed after hitting three sixes, Hooda stayed till the end to hit the winning four.

His innings comprised two sixes and half a dozen boundaries.

Earlier, Harry Tector's counter-attacking 64 not out off 33 balls took Ireland to 108 for four in the rain-hit first T20I against India.

India opted to bowl in overcast conditions but soon after the rain arrived, delaying the start of play by more two hours and 20 minutes. The break reduced the game to 12 overs a side.

The conditions were ripe for Bhuvneshwar Kumar to make the ball talk and he did just that in the opening over of the match.

The wily operator got the ball to swing both ways before an inswinger breached the defence of Ireland skipper Andrew Balbirnie.

Skipper Hardik Pandya got himself into the attack in the second over and took two balls to dismiss the dangerous Paul Stirling. 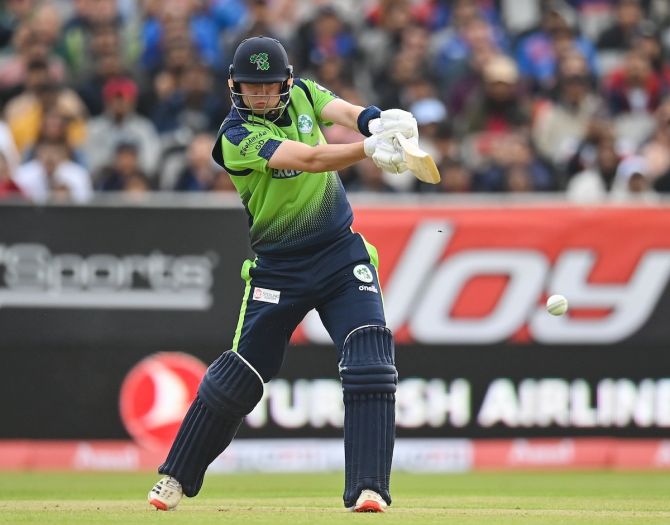 After hitting the first ball over cover, Stirling went for the same shot but mistimed to be caught at mid off.

Avesh Khan then had Gareth Delany caught behind in his first over to leave Ireland at 22 for three.

India were expected to run through the opposition but Ireland staged a spirited recovery through Tector, who went for the offensive against the Indian pacers, including debutant Umran Malik.

All eyes were on the Indian pace sensation but he had a rather nervous start to his international career.

He dragged his third ball down the leg side and it raced to the boundary off Lorcan Tucker's (18 off 16) pads. Two balls, later Tector played a beautiful straight drive off a full delivery. Malik dragged the next one short but Hector was ready to pull it for a six. 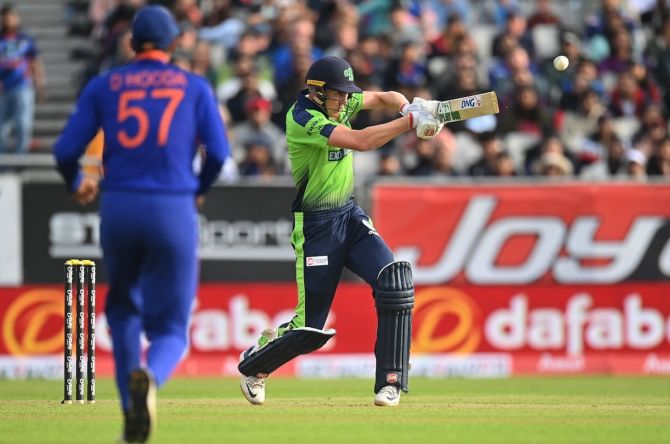 Tucker smashed two successive sixes off Hardik to give further impetus to the innings.

The last over of the innings yielded 17 runs and pushed the total past 100 with Tector collecting a boundary from a reverse hit off Avesh before smashing a full toss for six over deep cover. 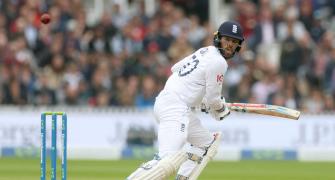 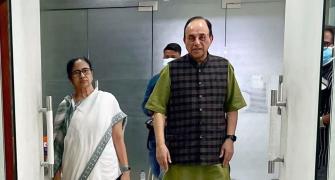 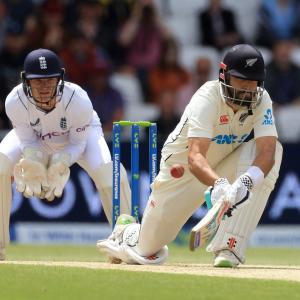 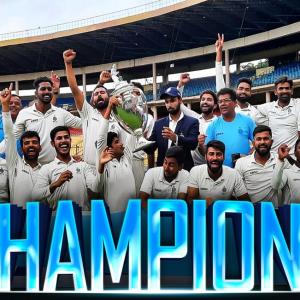