PHOTOS, 3rd Ashes Test: England get a pounding at MCG on Boxing Day

IMAGES from Day 1 of the 3rd Ashes Test played in Melbourne on Sunday.

England's hopes of keeping the Ashes alive plunged on Sunday as their batsmen failed again to stand up on a dismal opening day of the third Test against Australia in Melbourne.

Sent in to bat on a grassy wicket after Australia won the toss, England were skittled for 185 to the delight of a festive Boxing Day crowd, leaving the tourists' bowlers with an improbable rescue mission.

By stumps, that mission appeared doomed as opener David Warner thrashed a quickfire 38 and Australia pushed to 61 for one, with Marcus Harris 20 not out and nightwatchman Nathan Lyon yet to score.

Australia's openers raced to 57 before veteran paceman James Anderson finally broke through, having Warner edge to Crawley in the gully.

All-rounder Stokes did his best to soften up Harris with some short-pitched bowling and drew blood from the opener's finger after rapping him on the glove.

But Harris survived and nicked Stokes's final ball just wide of the slips for four, capping a forgettable opening day for England.

Leading 2-0 after thumping wins in Brisbane and Adelaide, holders Australia need only a draw in Melbourne to retain the urn.

But Pat Cummins's men will be hell-bent on taking the series proper before the New Year's Test in Sydney.

Only one team has ever turned around a 2-0 deficit to win the Ashes. That was Don Bradman's Australia who came back to win the 1936/37 series 3-2 on home soil.

Winning the toss on a cool and overcast morning, Cummins claimed three quick wickets to validate his decision to attack.

England's rejigged opening partnership of Zak Crawley and Haseeb Hameed lasted 12 balls before Cummins had Hameed caught behind for a duck.

IMAGE: Zak Crawley walks off the field after being dismissed for 12. Photograph: Robert Cianflone/Getty Images

Crawley, who replaced the dumped Rory Burns, managed 12 before edging Cummins straight to Cameron Green in the gully.

The Australia skipper bagged his third wicket in the last over before lunch, having David Malan (14) edge to the slips to break a budding 48-run partnership with Root.

Root brought up his ninth half-century in Australia soon after the break but was caught behind for 50 with an unsightly, loose shot off paceman Mitchell Starc.

The England captain now shares the unenviable record of the most Test fifties in Australia without making a century (9) with former Australia opener Bruce Laird.

Recalled batsman Jonny Bairstow battled for his 35 but was forced to slog for quick runs as his batting partners dwindled.

He was out trying to duck a venomous Starc delivery that caught his bat and looped to the gully where Green dived forward for a terrific catch.

Spinner Lyon cleaned up the tail to finish with 3-36.

© Copyright 2022 Reuters Limited. All rights reserved. Republication or redistribution of Reuters content, including by framing or similar means, is expressly prohibited without the prior written consent of Reuters. Reuters shall not be liable for any errors or delays in the content, or for any actions taken in reliance thereon.
Related News: Cummins, Getty Images, Adelaide, MCG, Joe Root
COMMENT
Print this article 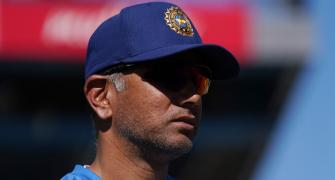 Dravid urges India to seize their moment in history 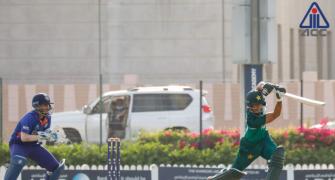 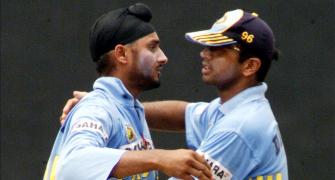 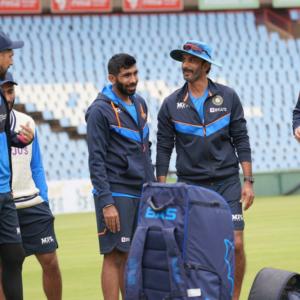 Never easy to leave out players: Dravid on selection 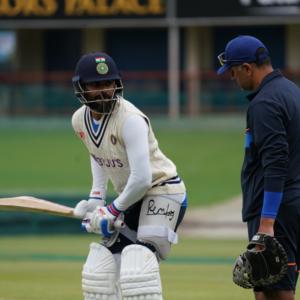