News
Business
Movies
Sports
Cricket
Get Ahead
Money Tips
Shopping
Sign in  |  Create a Rediffmail account
Rediff.com  » Cricket » Patience is the name of the game in Test cricket: Siraj

Patience is the name of the game in Test cricket: Siraj

'Let's see what happens tomorrow. The plan is to bowl in one tight channel and build pressure.' India pacer Mohammad Siraj called the Sydney pitch a batting beauty but said the turn it is offering to spinners has given his side a lot of hope moving forward after Australia claimed day one honours in the third Test at the SCG in Sydney.

Australia were nicely placed at 166 for two at stumps on Day 1 with Steve Smith and Marnus Labuschagne looking in fine touch. This was after debutant opener Will Pucovski struck 62 to give Australia a strong platform after a four-hour rain disruption.

"It is very a flat wicket. Our plan was to build pressure and not try too much as it is a very easy wicket for the batsmen. Even the bouncers are not carrying as well it was in the earlier games," said Siraj said.

"But Test cricket it is all about patience and we must keep that in mind,"

The odd short balls from the fast bowlers did not trouble the home batsmen on the opening day.

Trusting the trueness of the pitch, the likes of Smith and Labuschagne were not afraid to even step out against the spinners. But the turn late in the day has given India encouragement for Friday.

"It is because of the easy nature of the surface that their batsmen stepped out but when they saw the ball turning sharply late in the day, they went back to the crease," Siraj observed.

"Let's see what happens tomorrow. The plan is to bowl in one tight channel and build pressure."

Siraj also said that the bowlers made a conscious effort to send down an odd short bouncer to debutant Pucovski, who has suffered from concussion on multiple occasions in his short career.

"Last match (the practice match) we were bowling short to him and in this game also we tried that as he was playing them and not leaving.

"So, the plan was to surprise him with an odd bouncer without shifting focus on line and length." 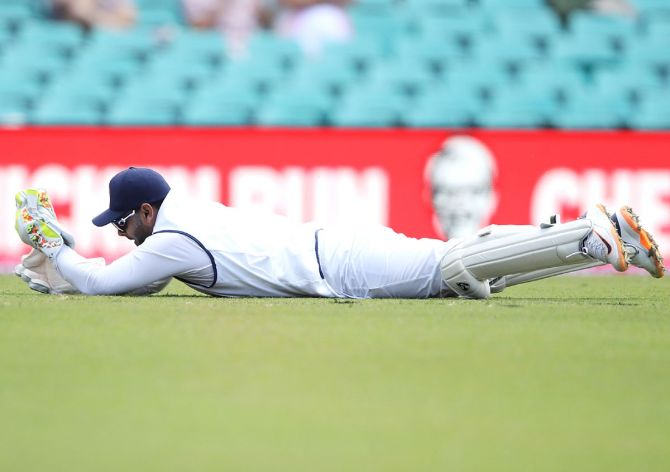 Siraj was also seen talking a lot to fellow pacer Navdeep Saini, who is making his debut here and who dismissed a well-set Pucovski.

"Saini and I have played a lot of matches together for India A, so we bond really well. I was just telling him to do what we did in domestic cricket and India A."

On how dropped catches affect the bowlers' morale in the wake of Rishabh Pant grassing Pucvoski twice in the day, Siraj added: "It is part of the game and you do get upset as a bowler when it happens."

"But it is something we can't do much about...It becomes important to move on and focus on the next over."

"During the lockdown, I worked on improving my outswinger, I spoke to Dale Steyn about it during IPL 2020, he helped me and now I have started bowling outswingers. Test cricket is all about patience. Bowlers' patience is really tested in Test cricket, we have to adapt and we have to bowl in the right areas," said Siraj.

Debutant Will Pucovski rode his luck and Marnus Labuschagne showed resolve as the duo hit half-centuries to put Australia in a dominating position in a rain-curtailed opening day of the Pink Test on Thursday.

At stumps, Australia's score read 166/2 in 55 overs with Labuschagne and Smith unbeaten on 67 and 31 respectively. 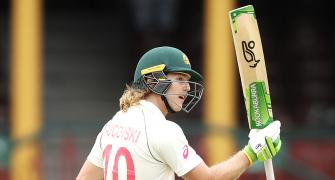 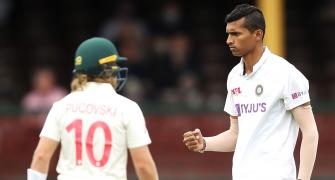 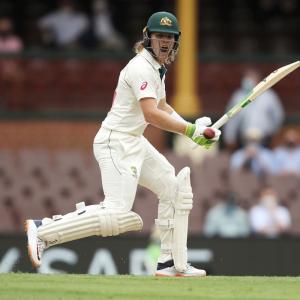 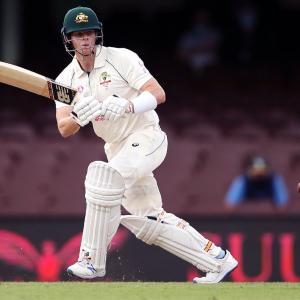