"Test cricket is unique, we keep saying it day in and day out. Sadly, it's the administrators who don't play, who understand that they have a problem in scheduling I suspect. Therefore, they don't understand what a unique game Test cricket is," Gatting said.

The former Middlesex batsman added, "So, it's good to have a chat, let's talk about it so that people can understand both sides of the story."

The 62-year-old Gatting, who played 79 Tests, was speaking after the launch of the Tendulkar Middlesex Global Academy DY Patil Sports Centre.

On the game's traditional format, Gatting continued, "If there's less Test cricket fine, but I will be very, very opposed to getting rid of Test cricket, it has to be five days.

"If you have bad weather in England or South Africa anyway, it's a draw if you lose a day; so with five days you got a chance of having a result. It's worth talking, but five-day Test cricket is unique in many ways."

"The fact that Virat Kohli has said that Day/Night Test cricket is something that he wants to play is fantastic and was great to see what happened in Kolkata (where India played their first Day/Night Test).

"Sadly, Bangladesh didn't play their best or India were just too good, one of the two. But the crowds were good for Day/Night Test. Maybe that's the way.

"So in those four-day talks, let's talk about what are the areas we might actually try and improve the promotions of Test cricket and ways of making it a little better to fit it in the schedule," Gatting said. 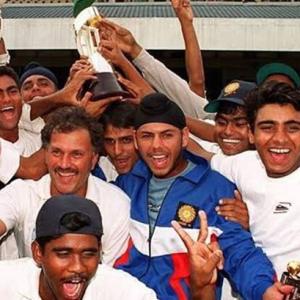