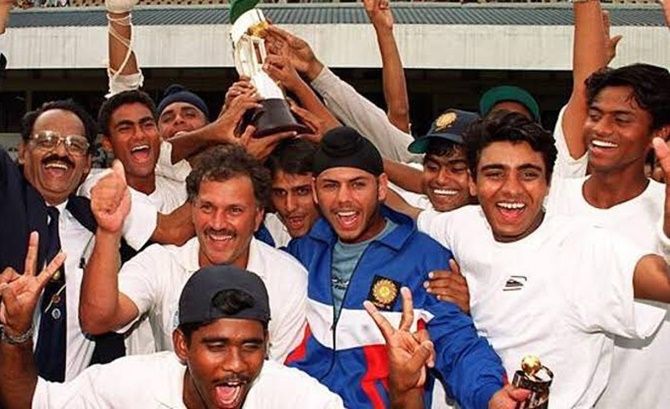 IMAGE: Wishing the India Under-19 team all the very best to go all the way and defend their title, wrote Mohammad Kaif. Photograph: Mohammad Kaif/Twitter

Former India cricketer Mohammad Kaif, on Tuesday, shared a throwback picture to celebrate 20 years of the U-19 World Cup triumph.

Kaif posted the photo on Twitter and captioned the post as: "Wow! Been 20 years to this day, when we won the Under-19 World Cup for the first time ever. Was a privilege and an honour to captain a wonderful side filled with many match-winners. Wishing the India Under-19 team all the very best to go all the way and defend their title".

India faced off against Sri Lanka in the finals of the tournament.

The Boys in Blue had bundled out Sri Lanka for just 178 runs. Jehan Mubarak top-scored for the Islanders with a knock of 58 runs while for India, Shalabh Srivastava scalped three wickets.

In the end, Reetinder Sodhi and Niraj Patel took the time over the line by six wickets and 56 balls to spare. Sodhi and Patel remained unbeaten on 39 and 34 respectively. 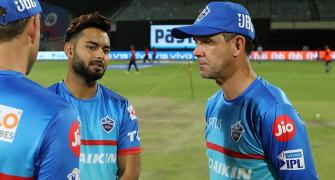 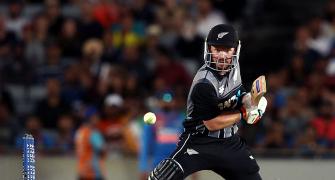 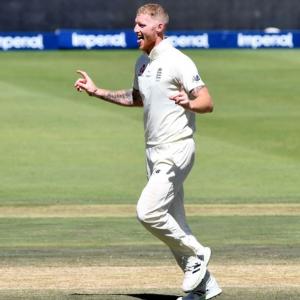 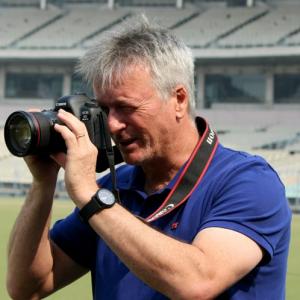