IMAGE: Nepal's Sandeep Lamicchane, who has plied his trade for Delhi Capitals in the past, went unsold at the IPL 2021 auction. Photograph: BCCI

Nepal bowler Sandeep Lamichhane might not have got the chance of making the Playing XI of Delhi Capitals (DC) squad in the 13th edition of the Indian Premier League (IPL), but the leg-spinner made sure he learned as much as he could from the experienced campaigners present in the DC camp. The 20-year-old cricketer expressed gratitude towards Delhi Capitals and IPL for giving him the opportunity to perform at a big stage and showcase what skills the leg-spinner has got in front of world-class cricketers.

In an interaction with ANI, Lamichhane, who made rapid strides in franchise cricket after featuring in the IPL, opened up about the positive effects of the showpiece event, his stint with Delhi Capitals, and how leg-spinner Amit Mishra showered him with valuable tips during his stint in the cash-rich league.

"The best thing in the world is being patient -- keep patience until it is your time. That's the best thing I have learned in my life so far from Delhi Capitals. Though I didn't get too many chances, it was a good phase where I started my T20 career. Very grateful to all the people associated with Delhi Capitals then Delhi Daredevils as well," the spinner said from Nepal.

"People started knowing me after I played in the IPL for Delhi. Now, plenty of people know about Nepal cricket, the popularity of Nepal in cricket has increased these days. So it is a good sign you know somebody going and performing in franchise cricket. Your country gets that attention in every place of the world.

"Amit Mishra is a fantastic guy. He is someone who has a lot of experience, he is the second-highest wicket-taker in IPL history. I learned plenty of things from him. Amit and I used to sit in the room and talk about cricket. Very genuine and very humble, very kind, he never said no if you went and asked him for something," Lamichhane added.

While Lamichhane admitted that playing amid the pandemic has been "challenging and difficult", the joy of taking the ball in hand was enough for the leg-spinner to beat COVID-19 blues having contracted the virus last year in November.

"Bubble life is really challenging, staying inside just one room and if you are in Australia or any other country you have to undergo minimum of seven or 14 days of quarantine. You go and play in the cricket ground and then when you come back you have to stay in the room only, so it is quite difficult," Lamichhane stressed.

On the international stage, Nepal, Netherlands, and Malaysia locked horns in a T20I Tri-series and the final will be played out on Saturday. The youngster is pleased to be back in national colours.

"After a long time, I think after one year period of time we are playing cricket for Nepal again, it was amazing how Malaysia and Cricket Netherlands agreed to come to Nepal amid the situations we all are facing right now. Great to be back in Nepal jersey again," Lamichhane opined.

Nepal and Netherlands will lock horns in the tournament final on Saturday and Lamichhane won't be celebrating even if the hosts win the summit clash.

"Haven't thought about it yet (laughs). Not every time you need to party when you win, the story doesn't end here for me. I have got Vitality Blast and The Hundred this year, I don't want to take any kind of risk. So, as soon I finish this tournament, I will go home and haven't thought about partying," Lamichhane said.

The 20-year-old cricketer has taken 11 scalps in the tournament so far and this wicket-taking ability of Lamichhane comes from the fact that he doesn't shy away from flighting the ball despite going for runs. The leg-spinner, who will play for English county Worcestershire later this year, will continue to do the same in the T20 Blast.

"Taking wickets is a work of leg-spinner. You have to take the risk, doesn't matter you go for runs or not. Sometimes you feel harsh for yourself when your team wants you to defend but instead of that you leak runs, but you have to be very brave if you want to be a leg spinner," said Lamichhane.

"You have to go for wickets, doesn't matter if you are being smashed for sixes or boundaries, you have to make your mind that no matter what happens 'I will go for wickets'. Risk-taking is gonna be my key when I play for Worcestershire. As being a leg-spinner, it's my role to make the job easier for other bowlers (fast or spin) in my team," he added. 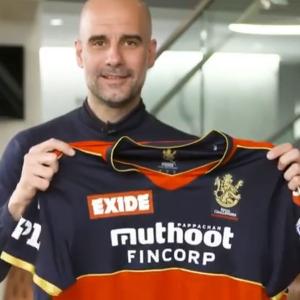 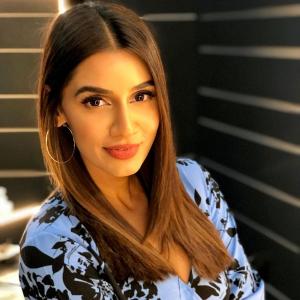