Having produced the maximum number of international cricketers across three formats, even the staggering statistics will not be able to tell the kind of impact Mumbai has had on Indian cricket over the years. 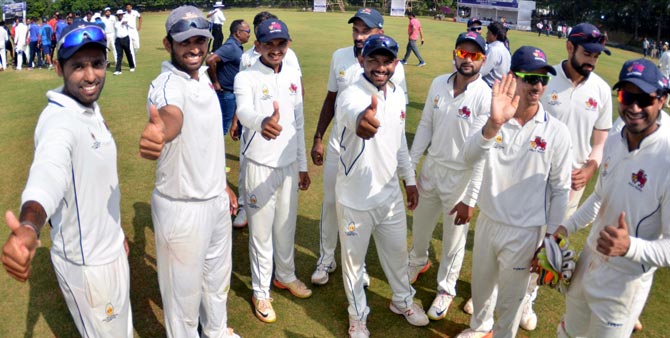 Vijay Merchant was respected by his peers, Sunil Gavaskar idolised by generations and Sachin Tendulkar worshipped by a nation -- three eras strung by a common thread called Mumbai cricket team.

The 41-time Ranji Trophy winners will be playing their 500th encounter in the National championship against Baroda at the Wankhede Stadium to become first among the equals.

Having produced the maximum number of international cricketers across three formats, even the staggering statistics will not be able to tell the kind of impact one team has had on Indian cricket over the years.

Gavaskar's discipline and Tendulkar's panache are testimony to Mumbai's 'Gharana' of cricket based on 4D's -- Discipline, Devotion, Dedication and Determination.

Add to it Dilip Vengsarkar's grace, Eknath Solkar's courage, Dilip Sardesai's flamboyance and the supple wrists of Rohit Sharma -- the 'Maximum City' has time and again given maximum joy to the cricket lovers.

"Every Mumbai cricketer has taken great pride in wearing the lion-crested cap. Never taking it easy and the reluctance to rest on our past laurels has resulted in the Mumbai Ranji team being the force it is, over the years," Tendulkar said. 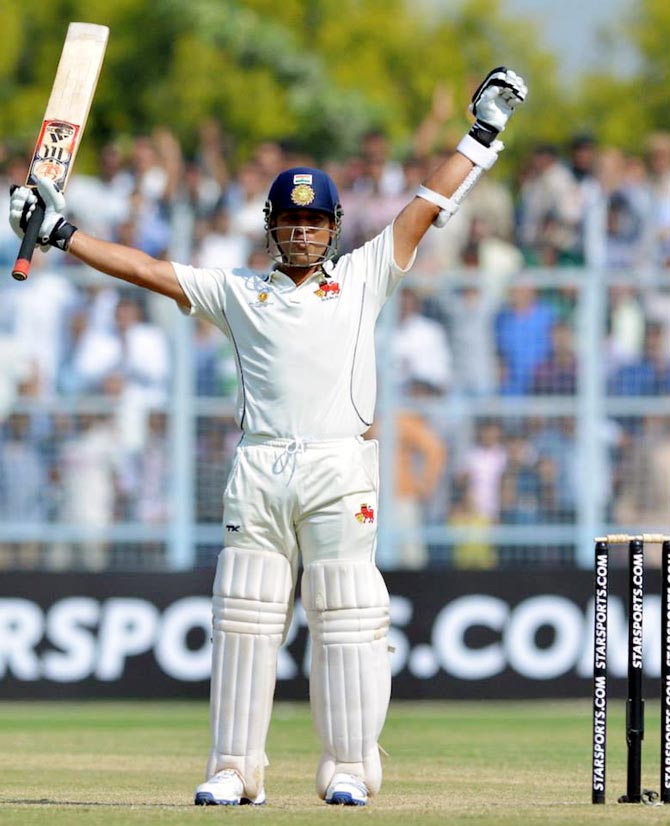 'Khadoos' (uptight) is an attitude that every cricket coach in Mumbai wants their students to inculcate.

The Azad Maidans, Cross Maidan, Oval or the Shivaji Park are places were dreams take shape with the ideal Guru-Shishya (Master-Disciple tradition).

From late Vithal 'Marshal' Patil -- the doyen of Dadar Union to Ramakant Acgrekar to Ankush 'Anna' Vaidya -- the best cricket coaches (prior to level A, B and C courses) hailed from Mumbai.

So what makes Mumbai Ranji team different from other state teams?

Being second best or losing in the semi-finals has always been considered a failure in Mumbai's cricketing parlance.

"It was fun to play for Mumbai and we had to keep the tradition of winning and that was challenging. We could not afford to be complacent. We never showed any sympathy to our opponents on the field and always used to go for the kill. The opposition were scared and that helped," Wadekar recollected.

Wadekar has played several memorable knocks for Mumbai but ask him which is the one that is most memorable and he quipped:"I scored 150 odd runs against Karnataka (Mysore then) on a square turner in the second innings of the game.

"When we were bowled out for 110 in the first innings and they were 160 all out. I played against the likes of Erapalli Prassanna, Raghuram Bhatt and Bhagwat Chandrasekhar on that type of wicket and hence that knock is the most memorable."

There have been many India players but some have been domestic bullwarks like Lalchand Rajput, who later briefly managed the Indian team.

"Whatever I am today is because of the opportunity I got to play for Mumbai in Ranji Trophy. Ranji Trophy is a platform for players to make a name and claim for national team earlier," said Rajput.

Big teams perform on big occasions and Mumbai is no exception. Just like getting the best out of players in the finals, they have also played well in the milestone matches.

They also won their 300th Ranji game against Haryana by an innings and 202 runs at Faridabad in the 1993-94 season and and also their 400th Ranji game defeating Bengal by 132 runs to lift the trophy in the 2006-07 season at Mumbai.

The 1990-91 Ranji Trophy final at the Wankhede Stadium was one of the finest summit clashes in tournament's history where Kapil Dev's Haryana beat Sanjay Manjrekar's Mumbai by a narrow two-run margin.

Those who watched that final at the Wankhede remember Tendulkar stepping out to Kapil Dev and hitting him out of Wankhede for a big six.

But the most poignant moment was a teary-eyed Dilip Vengsarkar leaving the field after an epic 139 after No. 11 Abey Kuruvilla was run-out due to a mix-up with Vengsarkar's runner Lalchand Rajput.

It was the last Ranji Trophy match of 'Colonel's' career and as he left the field in tears, it spoke about what it meant to lose a Ranji Trophy title.

Love them or hate them but please ignore Mumbai's Ranji Trophy team at your own peril.